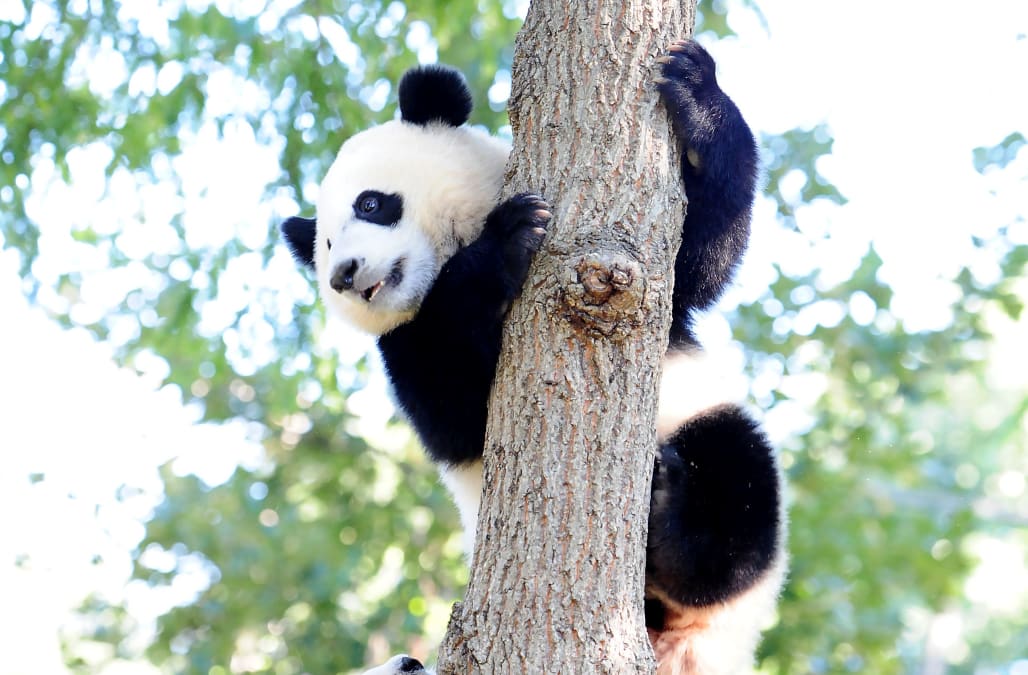 Nov 25 (Reuters) - Bei Bei, a giant panda cub who is a star attraction at the Smithsonian's National Zoo in Washington, D.C., was in stable condition on Friday after emergency surgery to remove a "lemon-sized mass of bamboo" lodged in his digestive tract, officials said.

The 1-year-old panda, the youngest of the zoo's four giant pandas, started showing signs of stomach discomfort and nausea on Thursday, Thanksgiving Day. He was sleeping more than usual and had little appetite for bamboo, his favorite food.

Veterinarians performed an ultrasound on Friday morning, revealing a life-threatening blockage in his small intestine. A volunteer veterinary surgeon then performed the operation to remove the dense, masticated mass of bamboo, which was preventing intestinal movement.

The 90-pound cub was an internet sensation even before his birth on Aug. 22, 2015, as people around the world monitored his mother's pregnancy on the zoo's "panda cam" in anticipation of his arrival at the Washington zoo.

First lady Michelle Obama and Peng Liyuan, the first lady of China, selected the name Bei Bei, or "Precious," for the cub from a list of suggestions from the staff of the National Zoo and a panda reserve in China.

As part of the zoo's breeding agreement with the China Wildlife Conservation Association, all cubs born at the National Zoo move to China by the time they turn 4.

While Bei Bei recovers, veterinary staff will restrict him to water and gradually introduce soft foods such as sweet potatoes and pears. Eventually he will return to eating bamboo, the giant panda's favorite food.

Bei Bei is being housed separately from his mother, Mei Xiang, while he recovers, and he won't appear on the live panda cam video footage featured on the zoo's website until he feels better.

There are an estimated 1,864 giant pandas in the wild, according to the International Union for Conservation of Nature, which classifies them as "vulnerable." (Reporting by Gina Cherelus in New York; Editing by Leslie Adler)