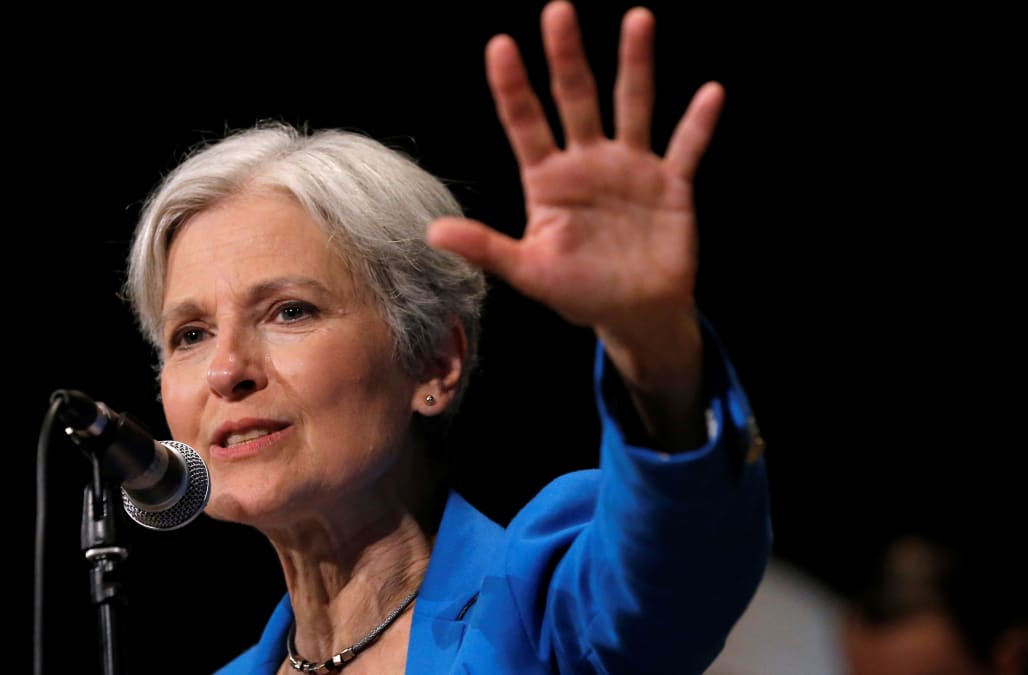 Green Party candidate Jill Stein is demanding a recount and recently surpassed her initial goal of $2.5 million to start those efforts in Wisconsin, Michigan and Pennsylvania. However, recent updates to the fundraiser page show Stein's recount effort, which reached $4.8 million by Friday morning, may not be as clear cut as it once seemed.

"We cannot guarantee a recount will happen in any of these states we are targeting," Stein's fundraising site reads. "We can only pledge we will demand recounts in those states. If we raise more than what's needed, the surplus will also go toward election integrity efforts and to promote voting system reform."

Language on Stein's fundraising website said if the campaign did not reach its desired goal, the money would go toward "election integrity efforts," according to a screenshot on Twitter posted on Wednesday night.

READ THE FINE PRINT: There probably won't be a recount and Jill Stein will line her pockets with the money for "integrity efforts" #NoRefundpic.twitter.com/a3fF5JOpGP

On Friday, the site also displayed a meter with a new fundraising goal of $7 million. Under the meter, the text says that recount efforts in Wisconsin and Pennsylvania were funded, and they are now fundraising for Michigan.

Also, the amount needed for attorney's fees has changed: the number has risen from $1 million to between $2 million to $3 million, with the total cost of the recounts ending up at about $6 to $7 million.

Earlier screenshots on Twitter show the attorney's fees clocking in at $1 million.

The original language on the page, when the goal was $2.5 million, reads as follows:

The Stein/Baraka Green Party Campaign is launching an effort to ensure the integrity of our elections. With your help, are are raising money to demand recounts in Wisconsin, Michigan, and Pennsylvania-- three states where the data suggests a significant need to verify machine-counted vote totals. This effort to ensure election integrity is in your hands! We need to raise over $2 million by this Friday, 4pm central. In true grassroots fashion, we're turning to you, the people, and not big-money corporate donors to make this happen. Your immediate support is crucial — Please donate now and share widely.

Jill Stein's campaign did not immediately respond to a request for comment regarding the new language on her website.

RELATED: Photos of Stein on the campaign trail:

More from Mic.com:
Jill Stein has raised enough money to start #Recount2016 efforts
When it comes to first lady style, can Melania Trump compare to Michelle Obama?
This is the wrong time to dismiss the role racism played in Donald Trump’s win