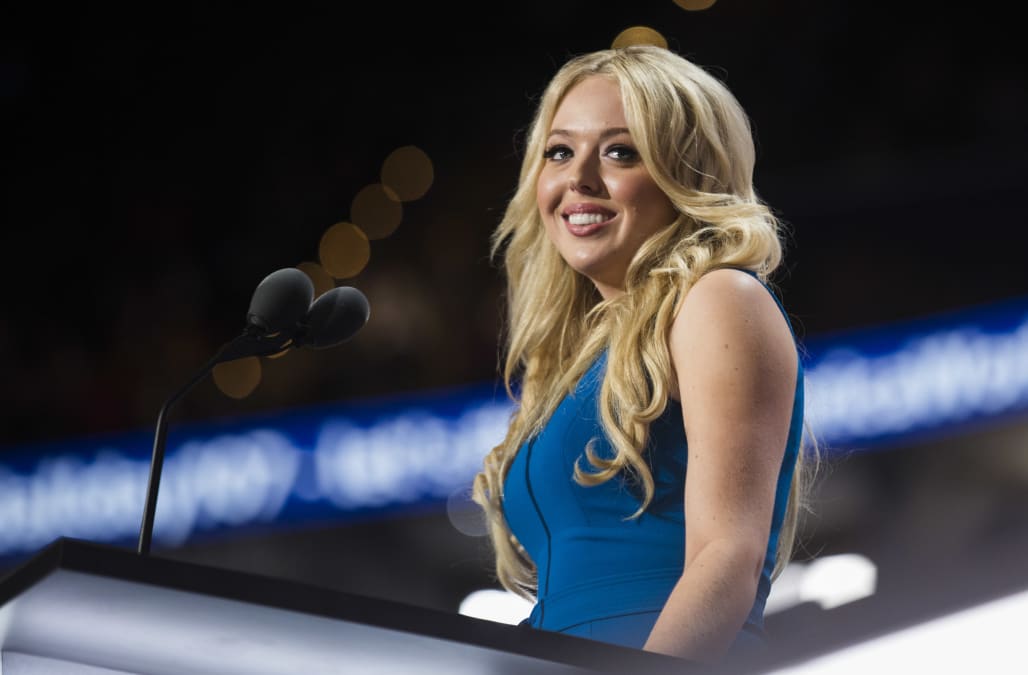 Tiffany Trump is becoming a household name as her father, President-elect Donald Trump, prepares to take over the presidency.

The president-elect's fourth child and second daughter from his second marriage to Marla Maples largely remained out of the spotlight until her father decided to run for president.

Words of wisdom from Tiffany Trump:

Tiffany was raised in Los Angeles by her mother and has always been loyal to her father. She spoke during July's Republican National Convention, praising the billionaire businessman's loving support.

Check out some little-known facts about Tiffany Trump in the gallery below:

Tiffany was named after the luxury jewelry retailer Tiffany & Company.

Caption: Marla Maples and her husband, businessman Donald Trump, with their daughter Tiffany, as they pose together at the Mar-a-Lago estate, Palm Beach, Florida, 1996. (Getty)

Tiffany is very close to her mother Marla Maples. Maples was married to Donald Trump for 6 years before divorcing and moving to the Los Angeles with their daughter. The mother-daughter duo is frequently seen together on social media, and they take fun vacations.

Tiffany is one of the 'Rich Kids of Instagram' (RKOI).

Tiffany followed in her father's footsteps and attended the University of Pennsylvania. She graduated in May.

During her time at UPenn, Tiffany interned at Vogue in 2011.

Instagram caption: "Control the tempo and you can usually control the game👌🏻✔️ #internlife #aeffe #philosophy #lorenzoserafini"

The youngest Trump daughter appears to be headed to law school. She posted this photo of LSAT study guides after graduating from college. Still no word yet on where or when she may be applying for law school.

Tiffany is dating Ross Mechanic, who is a senior at Penn and is the son of well known real estate attorney Jonathan Mechanic.

Instagram caption: "So proud of @adwarren for his debut of @justdrewclothing at #NYFW"

Tiffany has dabbled in the music industry, releasing a single in 2011. While the autotune-heavy "Like a Bird" didn't top the charts, it is still available for download on Amazon.

Tiffany Trump was the only one of Donald Trump's adult children not named to his presidential transition team.