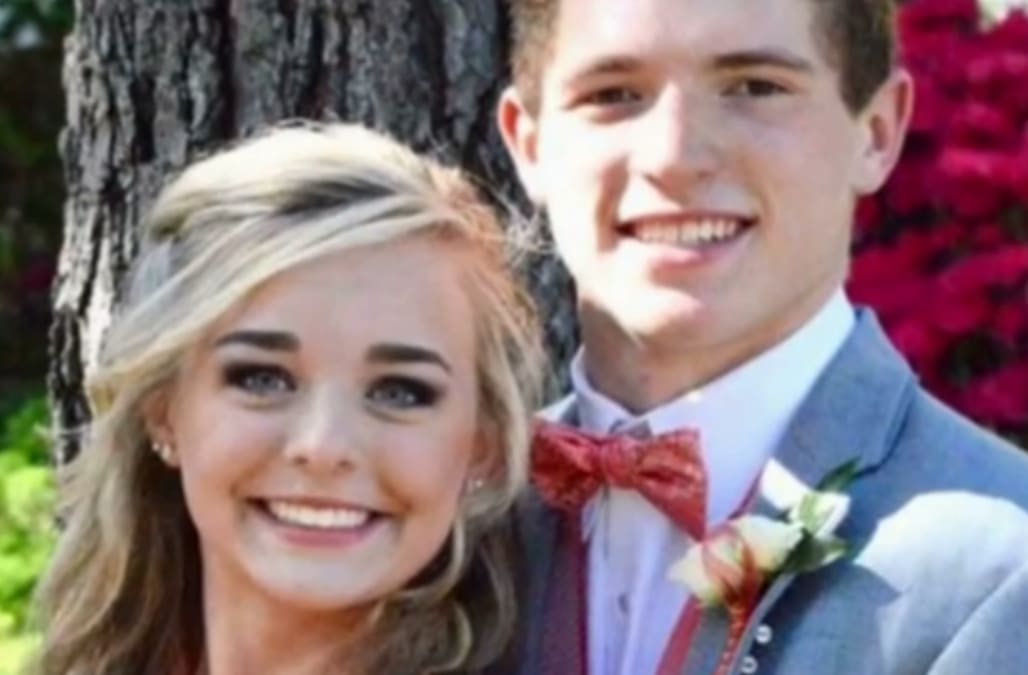 A Tennessee football player is charged with the murder of a 16-year-old cheerleader, just hours after professing his love to her on Twitter, cops said.

William Riley Gaul, 18, a freshman at Maryville College was arrested after Emma Walker, 16, a student at Central High School in Knoxville, was shot dead in her bedroom as she slept, the Knox County Sheriff's Office wrote on Facebook.

According to the sheriff's department, the gunshot came from outside the home.

Following her death, Gaul posted a lengthy tribute to Walker on social media: "To think that every memory we have, every happy special moment we shared, can't ever be relived. I love you Emma Jane Walker," he wrote.

His Twitter bio reportedly also read, "Living everyday through Emma Walker. I love you beautiful and I know you're in a better place now."

"She had chosen to move on. He refused to accept it. He chose not to accept her wishes," the victim's aunt, Jenny Weldon, told the Knoxville News Sentinel.

Cops said they placed Gaul under surveillance after the shooting because "they believed he was preparing to destroy evidence related to the homicide."

Gaul was also formally dismissed from his position as a wide receiver on the Maryville College football team Wednesday, a spokesperson said.

According to Walker's aunt, the cheerleader was well remembered as a "beautiful soul" who looked forward to becoming a neonatal nurse, the Knoxville News Sentinel reported.

"Our student was a wonderful young lady, a cheerleader and honor student with a promising future, whose life was cut too short, too soon," Central High School said in a statement Wednesday.

Read: Teen Allegedly Forced Murder Victim to Dig His Own Grave Before Killing Him

Gaul is currently being held on $750,000 bond in Knox County Jail. His preliminary hearing is scheduled for December 2.