US Holocaust museum alarmed over 'hateful speech' by white nationalists 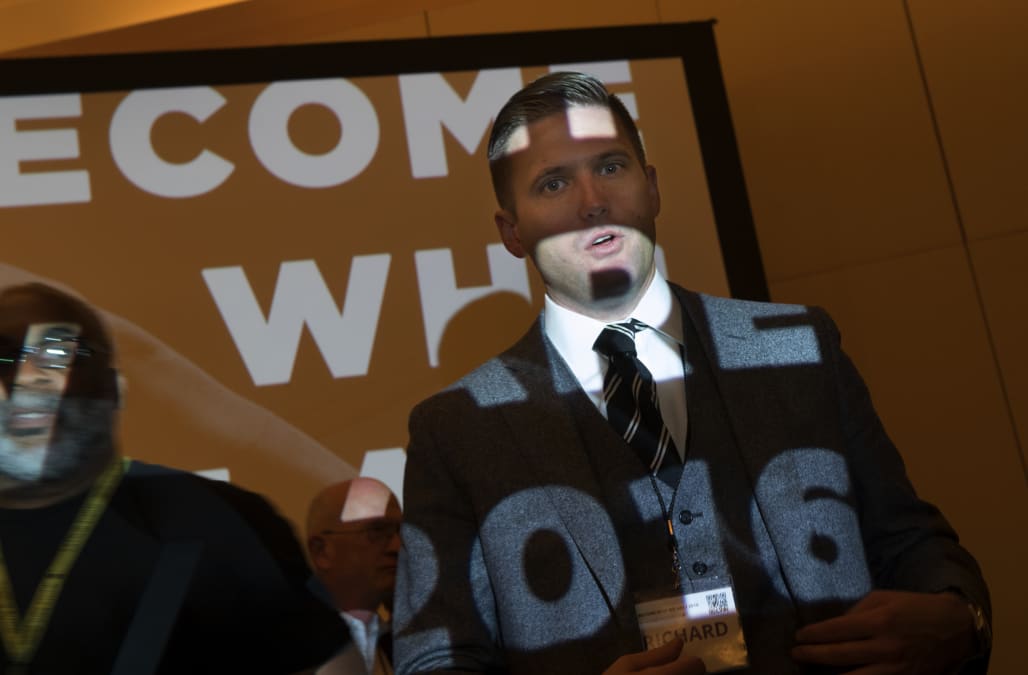 WASHINGTON, Nov 21 (Reuters) - The U.S. Holocaust Memorial Museum expressed alarm on Monday over "hateful speech" at a white nationalist meeting over the weekend, and a restaurant apologized for hosting the group after a woman tweeted a picture of herself making a Nazi salute.

The National Policy Institute, a think tank that is part of the alt-right movement that includes neo-Nazis, white supremacists and anti-Semites, held a gathering at the federally owned Ronald Reagan Building on Saturday.

The alt-right movement came to the fore during the U.S. presidential election. President-elect Donald Trump has drawn criticism for naming Steve Bannon, former head of a website linked to the alt-right, as his chief White House strategist.

"President-elect Trump has continued to denounce racism of any kind and he was elected because he will be a leader for every American," Trump-Pence Transition spokesman Bryan Lanza said in a statement.

The gathering on Saturday drew scores of protesters who blocked traffic around the building to express their outrage over the meeting.

A video by The Atlantic taken inside the conference showed Richard Spencer, leader of the National Policy Institute, shouting, "Hail Trump, hail our people, hail victory!" as some of the people in attendance lifted their hands in a Nazi salute.

"The Holocaust did not begin with killings: it began with words," the Holocaust Memorial Museum said in a statement. "The museum calls on all American citizens, our religious and civic leaders and the leadership of all branches of the government to confront racist thinking and divisive hateful speech."

Some of those who attended the nationalist meeting later gathered for a banquet at Maggiano's Little Italy restaurant in northwest Washington. Protesters converged on the site and prompted the restaurant to close to protect the safety of staff and guests, the management said in an apology on Facebook.

The restaurant said the booking was a last-minute affair made under a different name, so staff were unaware that the National Policy Institute was dining there and did not know what the group represented.

"After the event, an attendee sent a tweet in which she made a 'Seig Heil salute' in support of Hitler and white supremacy. This expression of support of Hitler is extremely offensive to us, as our restaurant is home to teammates and guests of every race, religion and cultural background," the Facebook post said.

Twitter reactions to Russian Holocaust-themed skating performance
@yashar I can't close my mouth. It won't let me. I. What are they going to choreograph next, a pogrom? How do you find this stuff, Y?
@yashar Its been 20 minutes and I'm still so horrified. Sometimes I hate the internet. But never before have I hated figure skaters.
@RedSaid you are speaking up for me here. I love figure skating so much... who would believe it could be so ugly? @yashar
@assssssssroight @RedSaid @yashar BULLSHIT, we non-idiots find it atrocious and something that can never be forgotten. Or forgiven!
Up Next

The restaurant apologized to the surrounding neighborhood and said it was donating the profits from its sales on Friday, $10,000, to the Washington office of the Anti-Defamation League, a Jewish civil rights group.

The Ronald Reagan Building, the biggest structure in the U.S. capital city, is federally owned, but run by Trade Center Management Associates, a unit of Drew Co., a Boston real estate development company.

The firm defended allowing the nationalist group to use the venue. It said in a statement that its contract mandates that unless there is a security threat by an organization or person who asks for meeting space, the building is available for rental.

The agenda of the National Policy Institute's Saturday meeting included a breakdown of the 2016 election and plans for the growth of the alt-right.

The nonprofit Southern Poverty Law Center, which tracks hate groups, described Spencer as an "academic racist" who backs creation of an Aryan homeland.

The move followed the microblogging service's announcement that it would upgrade some features to better combat cyber-bullying.