Here's why you should care about killer whales 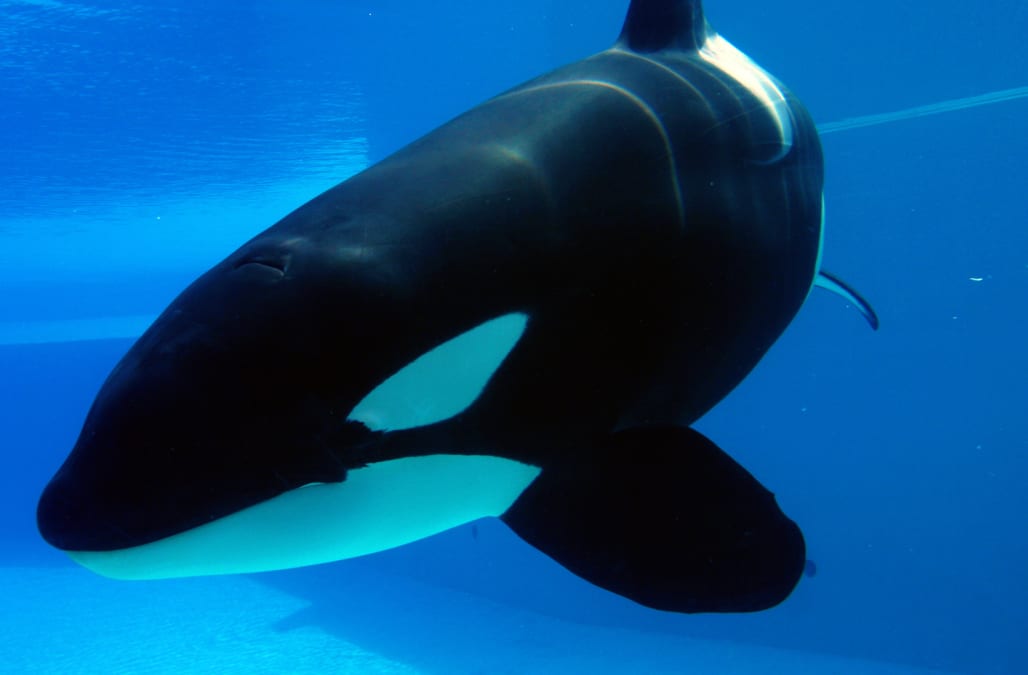 Killer whales play an important role in our ocean's ecosystem. Female orcas can live up to 90 years, and male orcas live up to 60 years.

Whales can communicate through sounds ranging from clicks, whistles and pulsed calls. These loveable creatures are highly social and travel in groups called 'pods'. Killer whales have no predators -- except for humans.

Documentaries like 'Blackfish' reveal the exploitation behind whale captivity.

In the late 1960's, Famous orca Shamu was the whale who set the stage and popularized marine performances. Theme parks, like Seaworld, have capitalized off of whale performances.

These practices drastically hurt the orca's physical and mental condition. The tight spaces cause high levels of stress and anxiety which results in violence to other whales and even death of whale trainers.

Wild orcas can travel up to 62 miles a day, but captive orcas are held in tanks equivalent to a bathtub.

Slowly, positive changes are happening. In 2016, California was the first state to ban the breeding of killer whales for theatrical shows.

Hopefully, in years to come, killer whales will be held free from captivity

See if you can tell the difference between real killer whales and look alike marine animals: