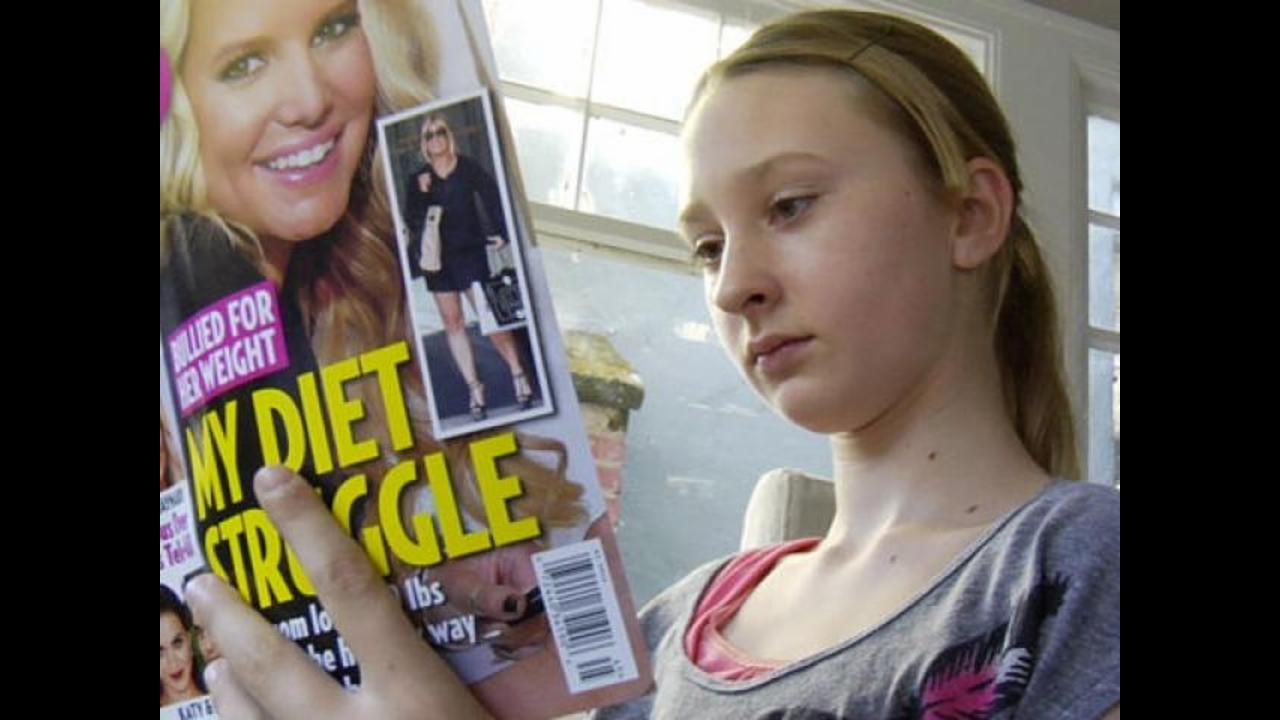 We like to think children are mostly free from adult worries, but at least when it comes to body image and relationships to food, a new study shows that's not the case.

Research from the Professional Association for Childcare and Early Years revealed children as young as 3 years old can already be body conscious, with about 33% of school teachers and staff reporting having heard a child call themselves fat.

"By the age of 3 or 4, some children have already pretty much begun to make up their minds (and even hold strong views) about how bodies should look," Dr. Jacqueline Harding, who advises the association, told the Telegraph.

Some 4-year-olds, she added, were already aware of weight loss strategies.

Though Harding said more research is necessary to determine the cause of young children's struggles with body image, she said it's clear that a culture of body-shaming in the media and in real life doesn't help.

"Contributing factors are likely to include: images on TV; images in story books and animations; and the general chat by adults about their bodies, dieting and cosmetic surgery," Harding said.

Researchers, Harding told the Telegraph, are seeking a better understanding of children's self-concept and at what age they begin to form it. In this case, of course, the Onion's satirical headline "Precocious 4-Year-Old Already Feels Terrible About Herself" takes on a very literal meaning.

In order to disrupt the paradigm, Denise Hatton, the founder of the Be Real Campaign for body confidence, said programs like hers need to start addressing younger demographics.

"We know positive activities such as these will have an impact on this age group," Hatton said. "However, as this research shows, more work is needed across the sector to reach those in primary education or even younger."

Tess Munster aka Tess Holliday, plus sized feminist model
Fresh color & threads 😢 coz it's so good. Hair color & cut by @gayofthrones dress by @zelieforshe #casualsaturdaylooks #TessHolliday
“Everyone has their vices,” she says, “but mine are visible.” As in, comfort-eating, for which she refuses to apologise. “If I shot all day and I want a fucking hot chocolate and a chocolate croissant I’m going to eat it. Am I going to eat it for breakfast, lunch and dinner? No. Is it OK to do it? If you want. But, you know, no one is coming at celebrities for smoking two packs of cigarettes. Or people who post a photo with their drink at the end of the day. So why is it OK to do that to me? Life is shitty, so why would you judge somebody for dealing with it in the best way they can?” 👊🏻From my interview & shoot with @guardianfashion out now 🔥 (corset is @orchardcorset)
Just being a turd 💩 while @jadasezer does her thing. Had so much fun working with this babe for @monifcplussizes this wknd 👙✌🏼💦 #plusmodels #effyourbeautystandards #bts #stankface
#NYC attitude🍕shirt from @redressluvsu #fattitude #needhotdogemoji
Obsessed with #rollerlash mascara from @benefitcosmetics 🎀✨ #tessholliday #benefitcosmetics #benebabe
This bitch... 😏 @peoplemag #covergirl #putthebassinthatwalk
Perfect day with my family 🎈(kiddo not pictured) #disneyland
Feelin' like a million💰💰Hair by @gayofthrones #TessHolliday #fatvanity #mcqueen #effyourbeautystandards
New blog post featuring @smartglamour- link in bio💅🏻 #FEMINIST
Time for mimis (sleep)🌙✌🏻️
#vintage turban life earlier at the @yoursclothinguk blogger dinner I hosted ✨ Thanks to the UK bloggers that came out! #tessholliday #tooglamtogiveadamn 💎🔮
Busy press day for @yoursclothinguk today & excited to see some of my images from my shoot with them a couple days ago 💅🏻 #TessHolliday #plusmodel #yoursclothing #London 💪🏻💦
👊 Slayer & I are ready to hang at Casa de Dirtayyyyyy 🇺🇸 🐨#tessholliday #bikinibodyready #dontlikemedontcare #effyourbeautystandards #bostonterrier
@heatherchapmanhair slayed my hair 🙌 earrings by @honeybgold ✨🌙 #TessHolliday #beat #vegas #heatherchapmanhair
@mackfit asked to take a photo of me... This is what he gets 😩 😛 #personaltrainer #tessholliday #treadmillsareevilburritosarebetter
good girls go to heaven & bad girls go everywhere 🙏 #tessholliday 💋
Up Next