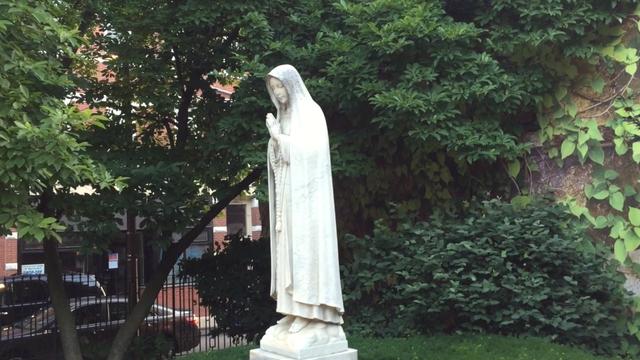 Americans have been believing in God less and less in recent months, and new research is shedding light on why that may be.

According to a survey conducted by the Pew Research Center as part of a broader Religious Landscape Study, 78 percent of people who do not identify with any religious group were raised in a faith system and then left as adults.

Further, about half of those people said that a lack of belief caused them to leave their faith, citing, among other things, "science" and "lack of evidence" as reasons for this skepticism.

"I'm doing a lot more learning, studying, and kind of making decisions myself rather than listening to someone else," one respondent explained in the survey.

Click through images of children practicing religion around the world:

Children practicing religion around the world
Up Next

About 20 percent of people who left their childhood faith oppose organized religion generally. "I think that more harm has been done in the name of religion than any other area," one respondent said. "I think religion is not a religion anymore. It's a business... it's all about money," said another.

Another 18 percent said they were religiously unsure, meaning that they had some connection to religion or spirituality but didn't identify with any particular religious group. One participant explained: "Right now I'm kind of leaning towards spirituality, but I'm not too sure. I know I can pray to my God anywhere. I do believe in a higher power, but I don't need a church to do that."

Yet another 10 percent said they "didn't have time to go to church" or "participate in any of the rituals of the church." These respondents were classified as "inactive": that they may hold certain beliefs, but that they do not currently practice religion.

More from US News:
How Companies Learn What Children Secretly Want
Facebook (FB) Lifestage App Wants to Be BFFs With Your Teen
4 Ways Instagram Is Trying to Stay Relevant (FB)