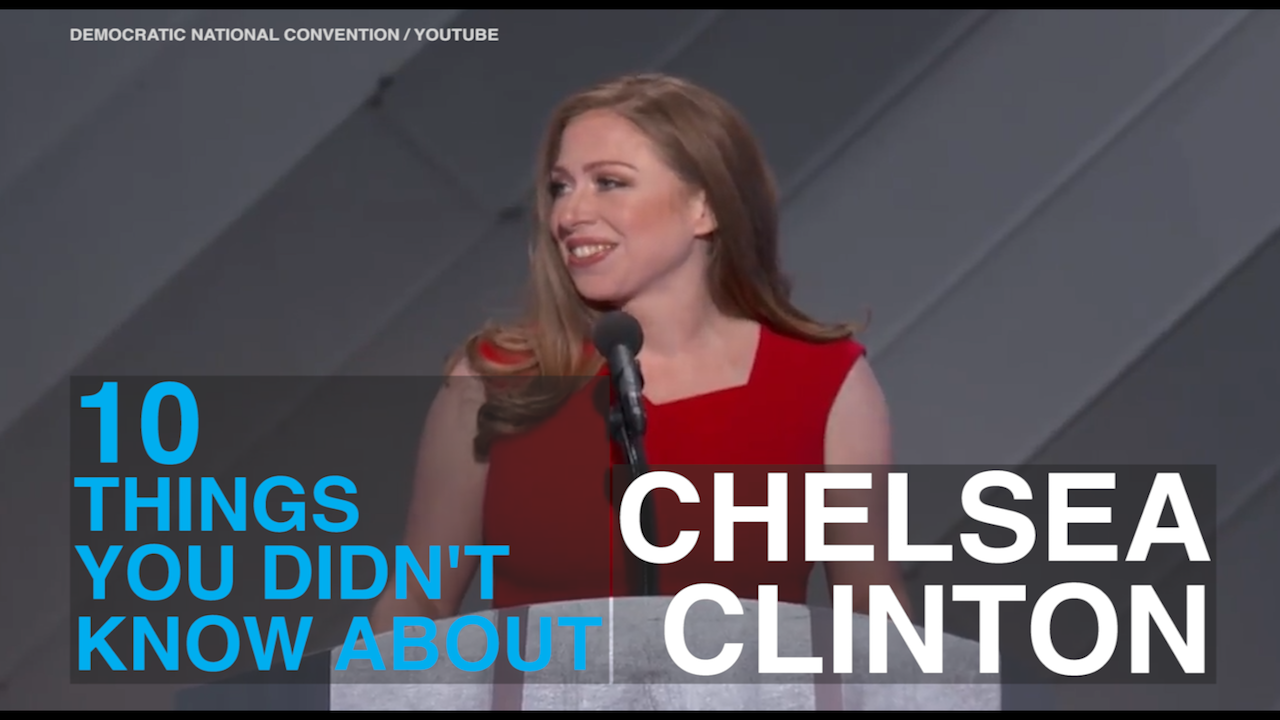 Chelsea Clinton is the daughter of President Bill Clinton and Hillary Clinton, but that's far from the only thing that makes her special...

1. She is a leader of her family's nonprofit organizations: the Clinton Foundation and the Clinton Global Initiative.

3. She has two kids named after "Sex and the City" characters... Charlotte and Aidan.

4. She skipped the third grade, has a B.A. in history from Stanford University, a master's of public health degree from Columbia University and a doctorate in international relations from the University of Oxford.

6. Reportedly, her codename given by the secret service was "Energy" because she was so active as a kid.

7. She serves on the board for the School of American Ballet.

9. During her dad's eight years as president, there were 87 network news stories about Chelsea.

10. She is friends with Ivanka Trump, the pair met through their husbands.

More from AOL.com:
Hillary Clinton and daughter Chelsea beam as they leave hospital with baby Aidan
Chelsea Clinton: Conversion therapy in the Republican platform is 'child abuse'
Bill Clinton boldly challenges Hillary Clinton critics: 'This woman has never been satisfied with the status quo in anything'