Teen takes a selfie per day for 8.5 years, and the results will blow you away 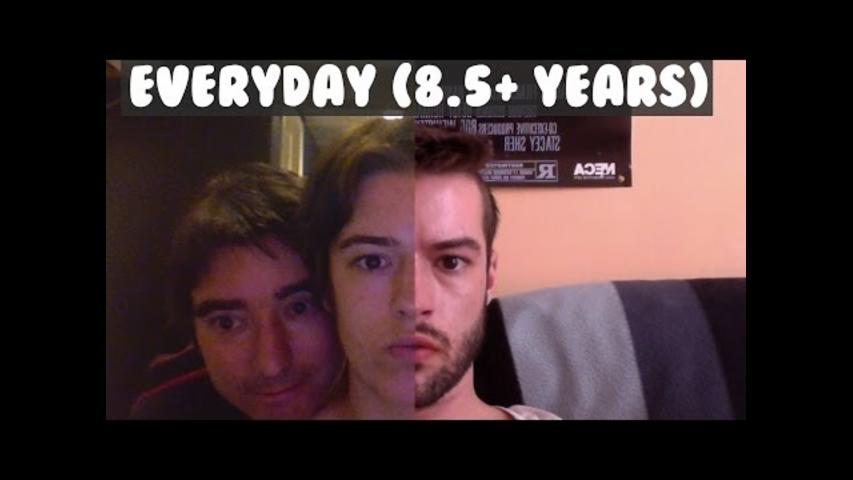 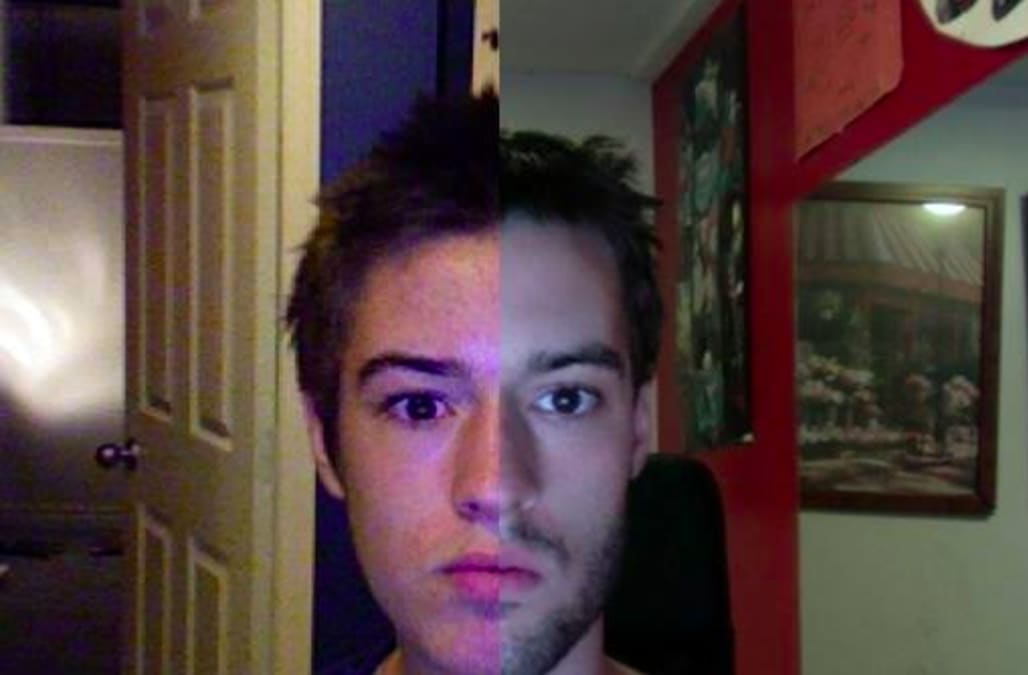 Raising kids can feel like a whirlwind. Before you know it they're full grown, ready to leave the nest in what felt like a blink of the eye.

One teen, Hugo Cornellier, from Montreal took that expression quite literally when he created a timelapse video spanning 8 and a half years, showing his slow progression from adolescent to man in just under 2 minutes.

The photos, which were strung together sequentially, show just how powerful a daily selfie can be.

How did he make the progression transition so smoothly? According to Cornellier, "I finally stabilized all my selfies and centered my eyes in every picture. I've had to edit, align and re-touch every single photo ONE-by-ONE."

He also added that 8 and a half years was by no means the end for his personal project. "See y'all at the 10 year mark. This is an on-going project! I will never stop taking pics. Ever."

Teen takes a selfie per day for 8.5 years, and the results will blow you away
BRUSSELS, BELGIUM - NOVEMBER 6: Protestors take a selfie in front of burning police motorbike in Brussels, on November 6, 2014. Belgians protest government's policies that will extend the pension age, contain wages and cut into public services. (Photo by Mehmet Kaman/Anadolu Agency/Getty Images)
BEIJING, CHINA - NOVEMBER 22: A Chinese man takes a selfie in a snow covered Tiananmen Square during a snowfall on November 22, 2014 in Beijing, China. China's capital and other parts of northern China had its second snowfall of the year Sunday. (Photo by Kevin Frayer/Getty Images)
ANKARA, TURKEY - 2015/03/22: Two men take a selfie with the traditional bonfire, at Newroz celebration rally. (Photo by Piero Castellano/Pacific Press/LightRocket via Getty Images)
Palestinian protesters take a selfie after a march against Palestinian land confiscation to expand the nearby Jewish Hallamish settlement on August 28, 2015 in the West Bank village of Nabi Saleh near Ramallah. AFP PHOTO / ABBAS MOMANI (Photo credit should read ABBAS MOMANI/AFP/Getty Images)
FERGUSON, MO - AUGUST 09: A demonstrator, marking the one-year anniversary of the shooting of Michael Brown, stops to take a selfie while protesting along West Florrisant Street on August 9, 2015 in Ferguson, Missouri. There are reports that two people were shot when gun fire broke out during protests later in the evening. Brown was shot and killed by a Ferguson police officer on August 9, 2014. His death sparked months of sometimes violent protests in Ferguson and drew nationwide focus on police treatment of black suspects. (Photo by Scott Olson/Getty Images)
BANGKOK, THAILAND - MAY 22: A member of the press takes a 'selfie' with Thai army soldiers standing guard at the grounds of the venue for peace talks between pro- and anti-government groups on May 22, 2014 in Bangkok, Thailand. The army chief announced in an address to the nation that the armed forces were seizing power amid reports that leaders of the opposing groups attending the talks were being detained by the military. Thailand has seen months of political unrest and violence which has claimed at least 28 lives. (Photo by Rufus Cox/Getty Images)
A participant of the Mrs Universe 2015 contest takes a selfie picture as she stands close to a 360 ton payload BelAZ mining dump truck at the BelAZ plant in Zhodino, outside Minsk, on August 26, 2015. AFP PHOTO / SERGEI GAPON (Photo credit should read SERGEI GAPON/AFP/Getty Images)
HUNSTANTON, ENGLAND - FEBRUARY 05: A man takes a selfie next to a dead sperm that stranded itself on a beach between Old Hunstanton and Holme on February 5, 2016 in Hunstanton, England. The whale is currently the 29th to get stranded in Europe in the past two weeks and due to its weight of between 25 and 30 tonnes was unable to be rescued. (Photo by Ben Pruchnie/Getty Images)
Tourists take a selfie during a desert safari trip in Egypt's Red Sea resort of Sharm El-Sheikh on November 4, 2015. Britain temporarily suspended flights from Sharm El-Sheikh as it was concerned a Russian airliner that crashed in Egypt may have been downed by a bomb, while the Islamic State group insisted it caused the disaster. AFP PHOTO / STR (Photo credit should read STR/AFP/Getty Images)
Runners take a selfie during the 'The Color Run Night' in Stockholm on September 11, 2015. The Color Run founder, Travis Snyder, was inspired by the Indian Holi Festival, and decided to combine the idea with a 5km running experience. From the first event in the United States in January 2012 The Color Run has since spread across the globe leaving a trail of color and happy runners. AFP PHOTO/JONATHAN NACKSTRAND (Photo credit should read JONATHAN NACKSTRAND/AFP/Getty Images)
VAN, TURKEY - DECEMBER 25: A man takes a selfie as water sprayed meters into the air, freezing to form icicles after the freezing cold in the neighborhood of Muradiye led to the explosion of a water pipeline at the Sarimehmet Dam in Van, Turkey on December 25, 2015. (Photo by Necat Hasar/Anadolu Agency/Getty Images)
A Kuwaiti man takes a selfie with a falcon during a training session in al-Salmi district, 120 kms west of Kuwait City, on December 19, 2015 in preparation for a falconry competition. / AFP / YASSER AL-ZAYYAT (Photo credit should read YASSER AL-ZAYYAT/AFP/Getty Images)
SEATTLE, WA - NOVEMBER 5: Tourists enjoy sticking wads of gum to surrounding walls and taking selfies at Seattle's famed 'Gum Wall' on November 5, 2015, in Seattle, Washington. Located in an alley below Pike Place Market, the gum wall will be steam cleaned next week after accumulating 20 years of chewing gum. (Photo by George Rose/Getty Images)
Up Next