Sean Astin speaks out on Clinton support: I trust Hillary 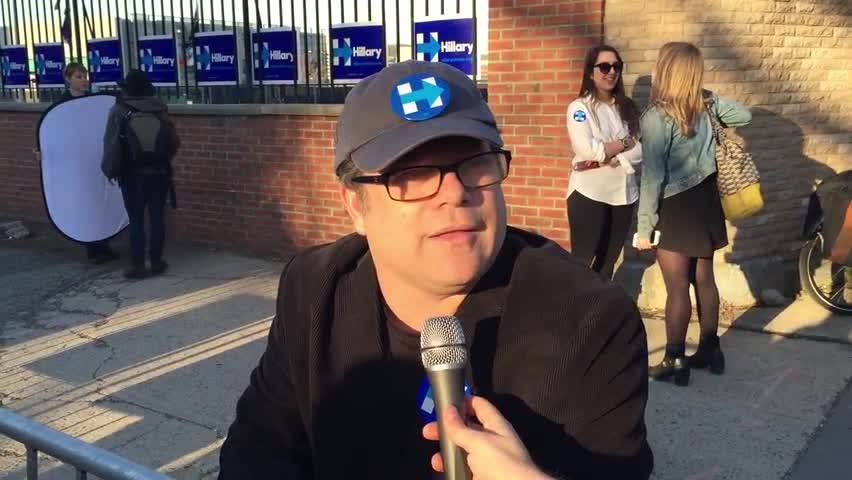 When it comes to celebrity endorsements, Hillary Clinton and Bernie Sanders each have a slew of famous backers on their sides: actors and actresses, singers and musicians.

And when a couple hundred Clinton supporters came out last week to rally before the Democratic debate in Brooklyn, some of the more noteworthy people backing her campaign came out too. That group included Sean Astin, who lost his mother Patty Duke only a few weeks prior.

Sean Astin speaks out on Clinton support: I trust Hillary

Astin, known for his roles in "Lord of the Rings" and more hit films, explained to AOL why he's joined Team Hillary.

"I've watched her in action. I see how she interacts with people. I see how she makes decisions. I watch how she leads. I see her compassion," he said.

SEE ALSO: Mitt Romney: Trump will win the nomination if Cruz and Kasich stay in the race

He also spoke about one of the biggest traits discussed in the race: trustworthiness.

"I trust her. There's a lot of talk about trust in this campaign, and I think that there are millions of people that trust Hillary Clinton," he said of her.

"I'm excited to see what she does as commander in chief," he added. "Things in this world are looking pretty tricky at the moment, and I'd like to see her steady hand and her leverage her experience."
​
Many of her other supporters echoed similar sentiments.

"There's no part of this job that she hasn't been involved in directly, and also of course indirectly by going back to her time as first lady and just being around to know what goes on," John "Bowzer" Bauman of the band Sha Na Na told AOL.

"I certainly don't mind the idea of having a woman in the White House in my lifetime, but it's not just any woman. It's this woman," Bauman said.