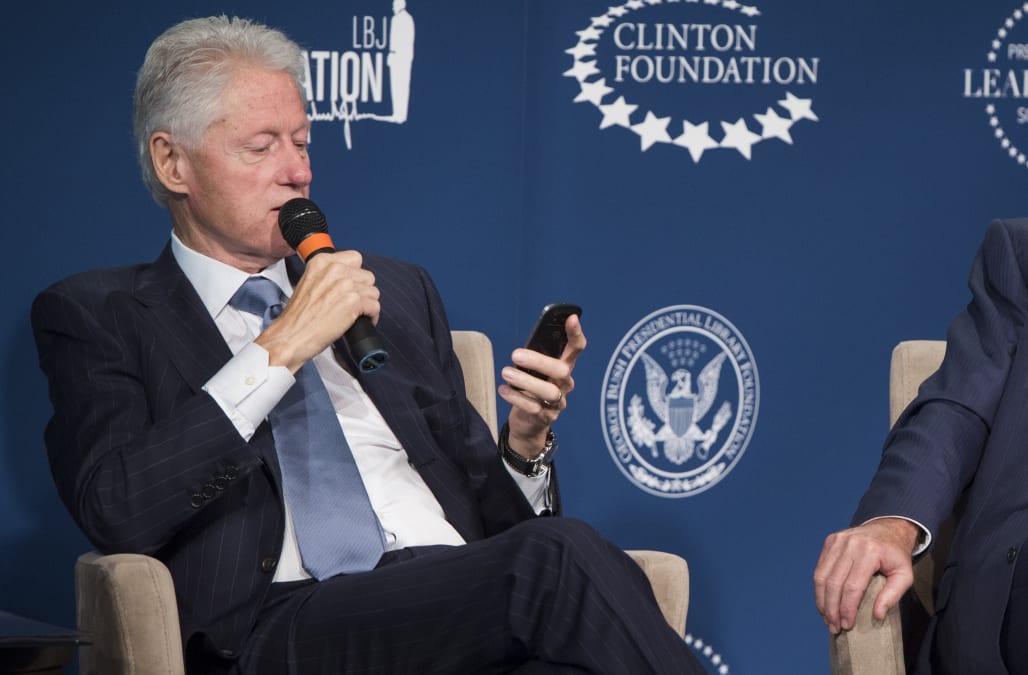 Bill Clinton may have, at one time in his life, been the leader of the free world. But when it comes to technology, he might as well be your dad: They both just don't understand.

Ivan Olivo, a sophomore business student at The King's College in New York City, recently spoke to AOL.com about the hilarity that ensued when he tried to use face swap, a filter on the popular app Snapchat, in a picture with the 42nd president of the United States of America.

"Last Thursday as I was leaving school, I passed by a motorcade of black cars," Olivo said of his chance encounter.

After asking a stranger on the street what was going on, he learned that Bill Clinton was hosting an event at the United Federation of Teachers building to support Hillary's campaign.

As luck would have it, he "walked up to the sign-in station with a friend and we got in, since they needed to fill seats."

Although Olivo said "the event was cool and Bill had really good things to say about Hill's campaign," the truly magical portion of the night didn't take place until Clinton left the stage.

Once Bill started taking photos with everybody in the crowd on his way out — the genius idea struck.

"Right before I called out to him, I got the idea to take a face swap picture on Snapchat instead of a normal photo because I thought it" would be funnier, he said.

And indeed, funny it was.

But apparently, Mr. Clinton was not a big fan of the mutated selfie.

"As I was talking the selfie, he looked a little confused but went along with it. Afterwards, I put my phone down to add a caption and then I felt a hand on my shoulder. I turned around and Bill asked me, 'What did you do to my face?'" Ivan Olivo, Sophomore year business student at The King's College

"I started sweating and tried to explain what face swap was but he still seemed angry," said Olivo, to the nodding approval of technologically impaired parents around the world.

Thankfully, the Secret Service was there to save the day.

"One of his body guards backed me up and said that it's just an app that the kids use nowadays," Olivo said. "Bill looked at me, looked at the photo again, nodded, and kept taking photos with people."

Fearing Mr. Clinton might change his level of chillness, Olivo says he "ran away and immediately backed up the photo to iCloud."

Well done, sir. That selfie is a national treasure, indeed. 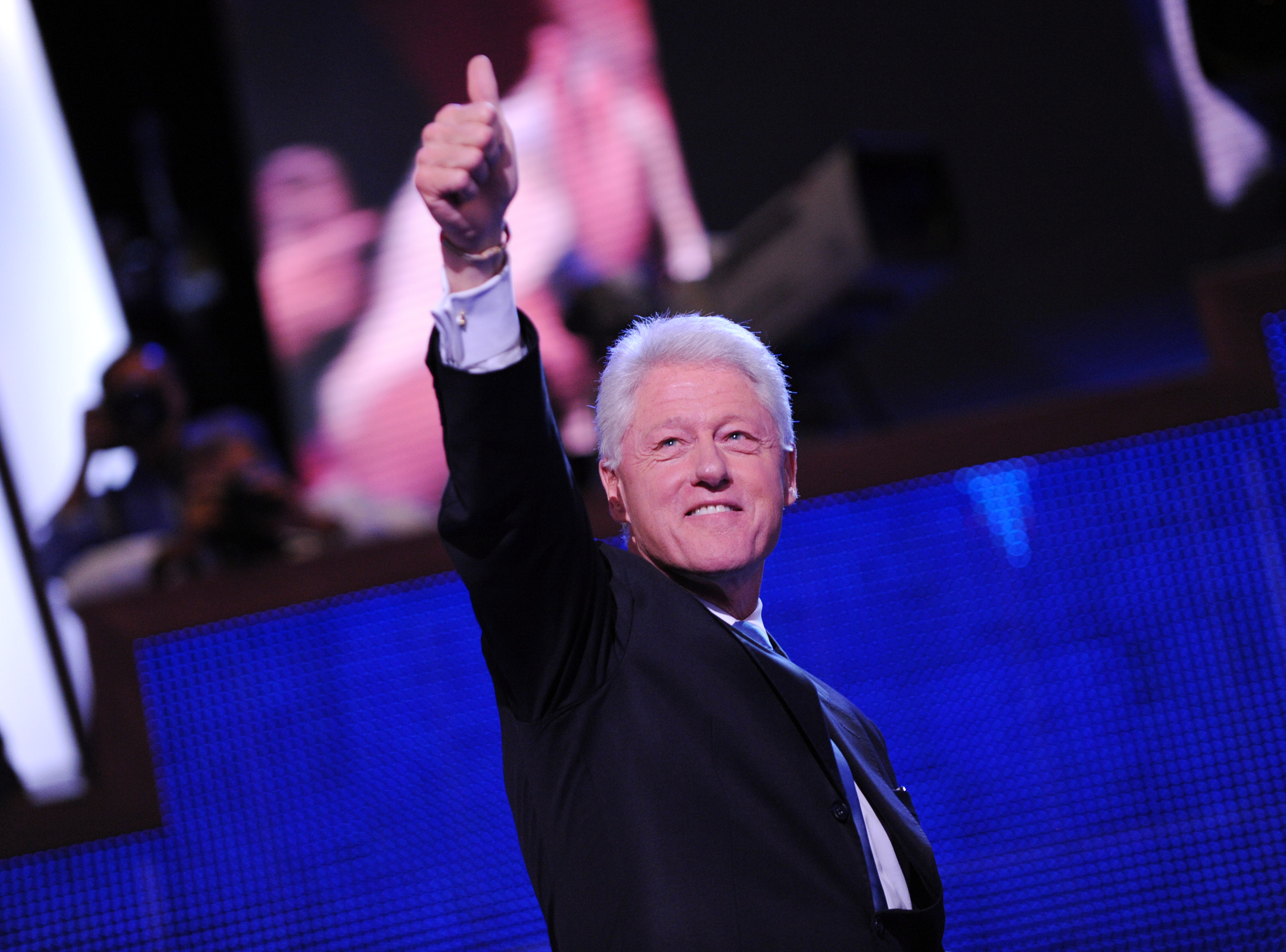 Related: See Bill and Hillary through the years:

More from AOL.com:
This video of a seemingly possessed toddler is freaking people the hell out
Satirical line of baby food warns parents against 'feeding' their kids gender stereotypes
When a man uploaded a photo from a GoPro his son found at the beach, he never could've guessed this outcome