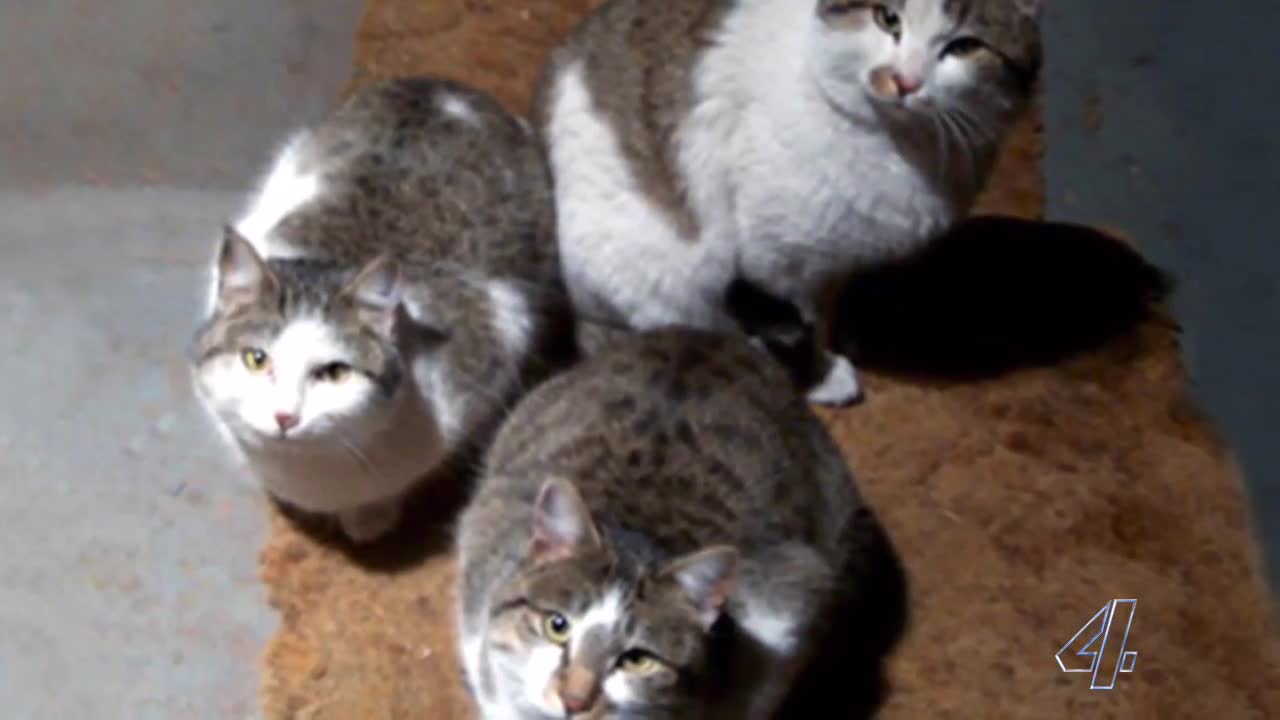 Uh-oh, Taylor Swift. Looks like we've got some bad news for you.

Though most cats love to cuddle and can serve as a nurturing companion for years, a new study has found that people who come in contact with litter boxes may develop sudden rage, bipolar disorder or schizophrenia later in life.

Talk about information you can't just shake off.

According to CBS, E. Fuller Torrey of the Stanley Medical Research Institute and Dr. Robert H. Yolken of Stanley Laboratory of Developmental Neurovirology at the Johns Hopkins University School of Medicine have been studying the link between infection with a parasite called 'Toxoplasma gondii,' found in cat feces, and schizophrenia for close to three decades.

After comparing the two prior studies to the survey, researchers were able to conclude that exposure to T. gondii can lead to 'toxoplasmosis,' a condition that, if contracted in childhood, makes one more prone to mental problems later in life.

"Cat ownership in childhood has now been reported in three studies to be significantly more common in families in which the child is later diagnosed with schizophrenia or another serious mental illness," the authors reported in a press release.

And this isn't the first time exposure to T. gondii has been linked to worrisome health issues, either.

Pregnant women have long been told to avoid cleaning their cat's litter box, as toxoplasmosis has been shown to cause severe cause birth defects.

But before you send your precious feline off to the pound, consider this: The Center for Disease Control and Prevention estimates that more than 60 million people in the U.S. who have Toxoplasmosis may never show symptoms.

Plus, researchers also point out that the parasite mainly affects outdoor cats -- so, if you have an indoor cat, the chances of your cat contracting the protozoa are very slim.

If you must handle a litter box, the CDC suggests cleaning it daily, as the T. gondii protozoa "does not become infectious until one to five days after it is shed in feces."

Also, be sure to wash your hands thoroughly afterwards, and consider wearing disposable gloves.

Keep these tips in mind so you can continue enjoying your cat's special brand of stand-offish affection with peace of mind.

Related: See more of T.Swift and her cats:

More animals in the news:
Dog gets stung in the face by a wasp, handles it a thousand times better than you would have
Adorable 'vampire cat' that went viral finally finds a new home
How Grumpy Cat celebrated her 4th year at SXSW