This waffle iron makes pieces that look just like Legos 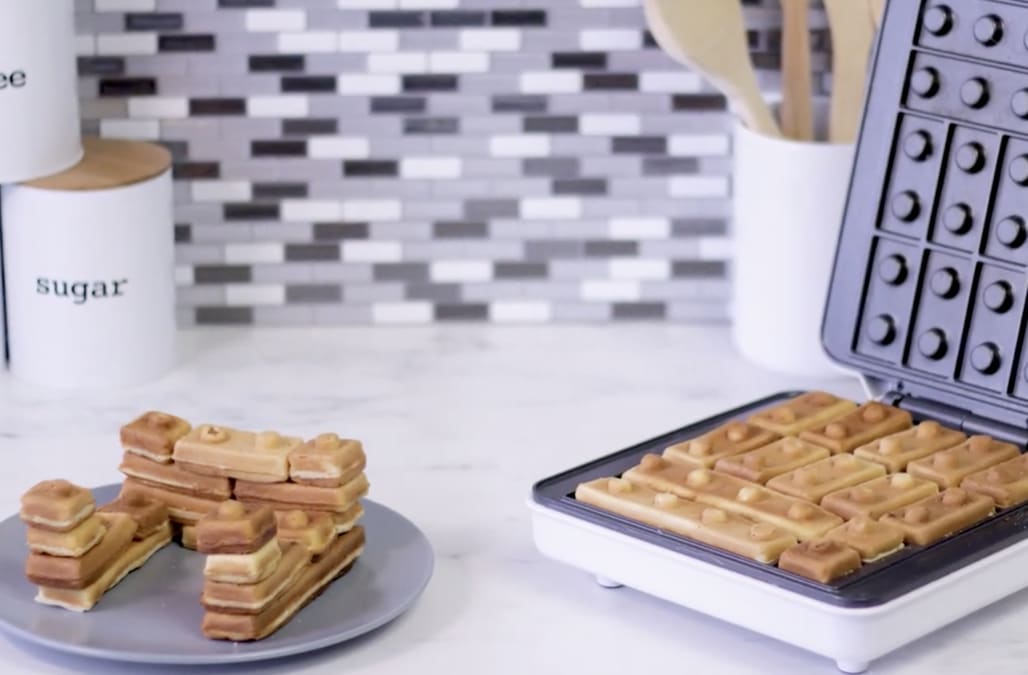 Every child has heard it before — the reprimanding voice of a parent saying, “Don’t play with your food.” Now, every kid (and adult who’s reclaiming their childhood) has got a good excuse with the Building Brick Breakfast Waffle Maker.

The Building Brick looks like your typical waffle maker, but instead of one large waffle, it produces smaller pieces in the shape of stackable, attachable building blocks. The pieces come in different sizes for children to make things like houses, towers and racecars.

“The Building Brick Waffle Maker is perfect for lazy weekend mornings, sleepovers, snow days, Building Brick parties, breakfast for dinner, or just about any time,” the creators wrote on Kickstarter.

The Building Brick works the same as any waffle maker. Just use your favorite batter, pour into the molding, close the iron and wait. The only extra requirement is an active imagination and probably some syrup to hold the pieces together.

The innovative waffle maker isn’t exactly on the market just yet. However, it raised nearly $200,000 on Kickstarter from almost 3,000 backers in a mere 17 days. The company only sought out to raise $7,500 – clearly, it’s already a hit.

“Unbelievable! Thank you so much to all of you who have fallen in love with the Building Brick Waffle Maker,” the creators wrote, upon hitting their goal. “The response so far has blown away our expectations. We knew people would like it, but WAFFLE WOW! So great.”

The Building Brick creators appear to be right on their timeline too. According to their Kickstarter page, they began concept and design in 2019, knocked their crowdfunding campaign out of the park this March and hope to begin manufacturing the waffle makers over the summer and ship them out to customers by August.

The Building Brick Waffle Maker is available at a few price points, starting at $50 for the waffle maker and brick plates, but an extra $25 will also get you a set of interchangeable construction plates.

If you enjoyed this story, you might want to read about Super Mario’s Lego debut.

8 perfect birthday gifts for an Aries, separated by traits

The post This waffle iron makes pieces that look just like Legos appeared first on In The Know.

10 products to help treat your split ends at home

Save up to 50 percent off during Adidas' huge sale