Is this the worst restaurant in New York City? 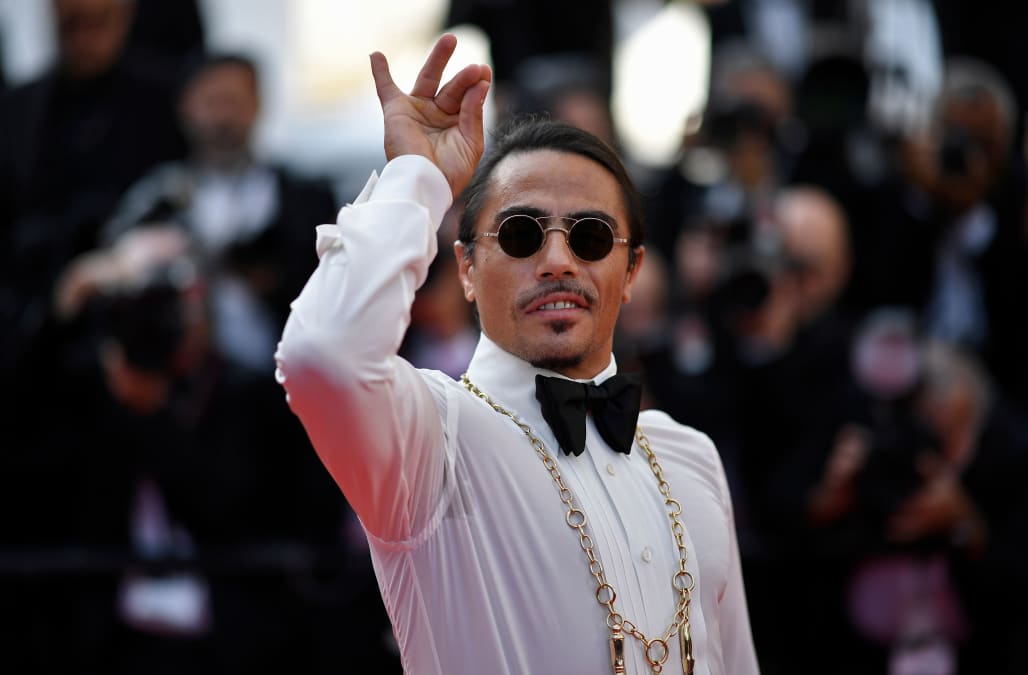 Three years ago, a Turkish butcher named Nusret Gökçe became an internet phenomenon after he posted a video of himself stripping, slicing and then sensually salting a hunk of meat.

Salt Bae was born — and the internet couldn't get enough ... for a few months.

Today, Gökçe still boasts more than 26 million Instagram followers, who eat up clips of his over-the-top seasoning style. He's also been able to use his viral fame to grow his branded empire of steakhouses and burger restaurants around the world.

Today, Gökçe operates over a dozen eateries, but his latest venture, a burger place in New York City called #SaltBae, is definitely not as popular as the man himself.

"I had to pay $14.50 for mine, but honestly? Free is no bargain for this horror show, which tasted of old broccoli and was garnished with a pathetic slice of wilted iceberg lettuce that was browning at the edges," Lynch wrote.

"The wagyu burger ($22.95) did not taste like wagyu, it did not taste like beef. It had the texture of a hot dog and the flavor of liquid smoke and gas grill. It had none of the other characteristics of beef except juiciness," Sutton noted.

The shakes (one of which comes in a baklava flavor) were just as disappointing. Sietsema described them as "intended for Instagram and nothing else," to which Sutton agreed.

"When one thinks of a fast food milkshake, some people want thinner and some people want thicker. But you at least want it to be cold and have some trace of ice cream," Sutton explained. "This was like drinking milk with a tiny bit of sugar — with a whole bunch of cloying stuff on top."

BuzzFeed's Scaachi Koul took issue with the "ergonomically unpleasant booth seating" and complained that everything she tried, including the truffle fries, were bland.

"Each table comes with a large metal box filled with flaky salt and a wooden spoon, a blessing since you'll need to cover all your food in it in order to experience anything close to flavor," Koul wrote. "The garlic mayo, which cost an extra $1.50, actually tasted like garlic. I was so overwhelmed I almost wept: hark, a flavor."

Things are looking slightly better for Salt Bae on Yelp, where many diners have been posting pictures of themselves with Gökçe, who has been present at the restaurant during its opening days.

One fan raved about the "wet burger," a Turkish dish that features a white bun doused in sauce. "It was (sic) tasted like cumin lamb and was melt in your mouth moist. (It) blew my mind," one Yelper wrote in his five-star review.

Another Yelper applauded the "juicy" burgers and "attentive staff."

But there are plenty of one-star reviews too.

"This place will shut down in a year," one person predicted.

Added another, "There was literally no upside to anything."

Gökçe is no stranger to bad press. Last year, four servers at Gökçe's New York City Nusr-Et Steakhouse accused him of firing them for asking about their tips.

Gökçe and his business partners were forced to pay out a $230,000 settlement.

Save space with these stackable plates and bowls