The White House kitchen isn’t like any other kitchen in America. As a matter of fact, there are many kitchens inside the historic building. Ever wonder what it’s like to cook in one of those kitchens?

We spoke to three people who have first-hand experience cooking in the White House and asked them what it’s like to prepare meals for the most powerful people in the world and their families.

“The military chefs are often Navy/Coast Guard, but there’s also a few from the Army and Air Force,” saidBill Yosses, a restaurant owner and former pastry chef at the White House from 2006-2014.

Yosses was never in the military. He made a name for himself on the New York restaurant scene, and his life changed when he got a call from the White House asking him to bake for George W. Bush and the first family in 2006.

He loved his time there, which lasted through much of Barack Obama’s tenure, and had nothing but good things to say about his former coworkers. “They’re very much unsung heroes in America,” he said of the residence’s staff, which includes carpenters and plumbers. “Many of them have been there for decades. They’re devoted public servants.”

ChefAndre Rush is a motivational speaker and Army veteran who gained national attention froma photo of him (and his biceps) grilling on White House grounds. His White House tenure began in 1997 when, through one of his mentors in the military, he had the opportunity to cook for Bill Clinton and he seized it. He’s cooked on and off in White House kitchens until as recently as 2018. “Once I got in, everything was up to me,” he said. “I had to perform and do well. It also didn’t hurt that I already had a top-secret security clearance.”

ChefMarti Mongiello, owner of the U.S. Presidential Culinary Museum and a Navy veteran, cooked at the White House during a three-year tour from 1993-1996, during Clinton’s first term. “I lived on top of the mountain at the Camp David retreat,” he said. “I had a sweet, pleasant gig living there. And I’d come down to the White House for state dinners and other events.”

How everyone in the White House gets fed

It’s tempting to think of the White House as simply a place where the first family lives and eats, but it’s way more than just a residence.

“The Oval Office is in the West Wing, and the kitchen serves lunch to the president, the Cabinet members and their guests,” Yosses said. “It’s a room called the Navy Mess, and it fits about 60 people. It’s different from the residence.”

The residence ― known as the executive mansion ― is where Yosses baked his delicacies, and where an executive chef, a sous chef, a kitchen steward and two pastry team members are responsible for breakfast, lunch and dinner for the first family and guests. He said presidents typically take lunch in the Oval Office during the week.

If folks in the White House get hungry after-hours, it’s strangely not common for them to ask the hardworking chefs to whip up something. “I was there for eight years and that did not occur,” Yosses said. “There were no overnight snacks. In theory, we were working 24/7. There could be a national emergency and the people involved have to get up at 3 a.m. and handle a crisis. The crises happened, but they weren’t hungry.” 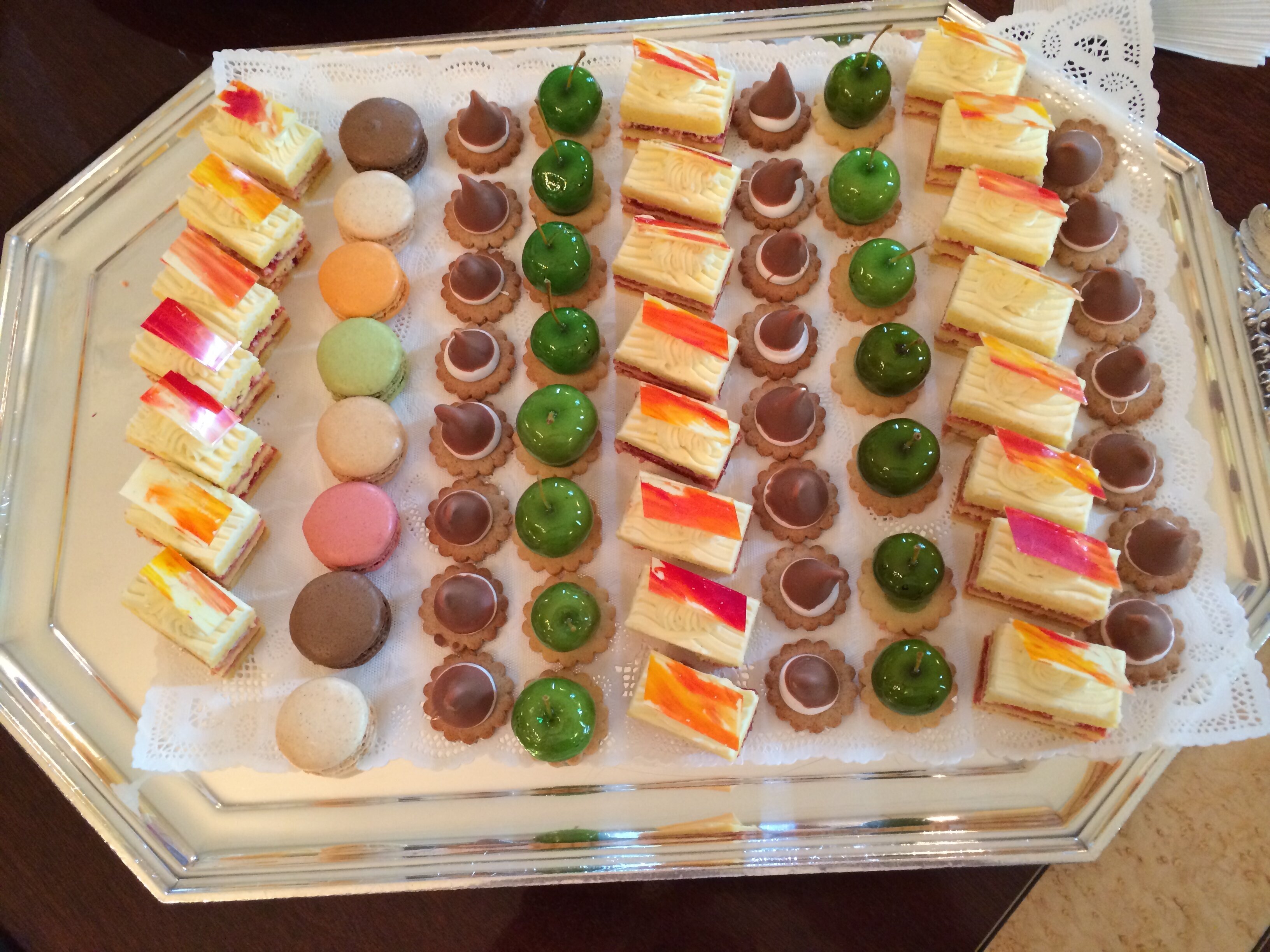 “It’s like being a hotel chef, a private chef and a restaurant chef all in one,” Yosses said. “You’re cooking breakfast, lunch and dinner for a private family. You could be doing a fine dining tasting menu with 5-6 courses, or you might have so many people coming through it’s like being a banquet chef in a hotel.”

One of those events is the state dinner, where visiting foreign leaders join American politicians (and celebrities) to honor the two countries’ diplomatic ties.

“The dinners are a lot of pressure ― we can have 10 people doing one little course,” said Rush. “We’d rather have too many people than not enough. We have a flood of people come in to make sure every avenue is taken care of.”

Mongiello, who is Italian-American, spoke fondly of helping prepare the Italian state dinner during his time at the White House in the late ’90s, cooking for guests that included the president of Italy, Sophia Loren and

Security is always of utmost importance, whether a state dinner is happening or not. Mongiello said his friend, chef Michael Lomonaco, was preparing a dinner at the White House and got to see a fraction of it firsthand.

“He said to me, ‘I’ve never seen people with machine guns, rocket launchers and this kind of hardware.’ I told him, ‘Michael, honestly, this is not everything that’s available. This is just what you’re allowed to see here,’” he said. 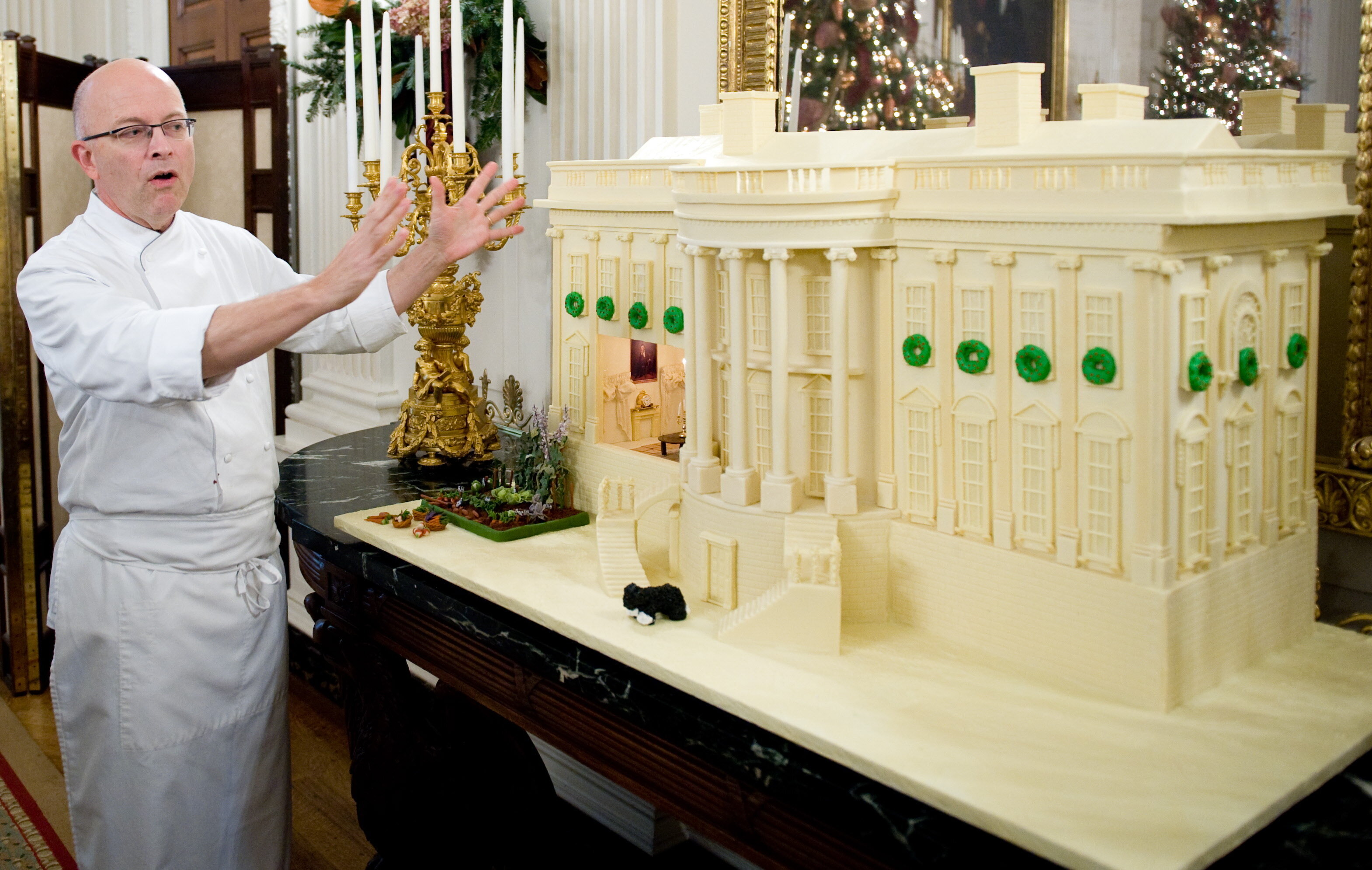 The foods Presidents and their families love to eat

Yosses worked as the pastry chef for the Bush and Obama families, both of whom were huge fans of his pies. “The Obamas loved pie of every kind,” he said. “Fruit pie in the summer, banana cream pie, Boston cream pie, that’s what they loved. President Bush has a sweet tooth, and liked so many different things. But he liked the pies, too.”

Yosses used his French training in pastry to make just about every delicious pastry under the sun. “If it had a dessert name, we made it,” he said. “Chocolate bonbons, petit fours, layer cakes, chiffon cakes, ice cream, you name it.”

And because the White House should feel like home to a president, it’s no wonder the staff bends over backward to make sure they’re eating what they want.

“One of the Clintons’ favorite foods was sweet pickled watermelon rind,” Mongiello said. “And it had to be a very specific brand from the store: Old South.”

Just like in any restaurant, the customer is always right. Mongiello managed to track some down. “Let me go out and buy that because it makes them happy!” he said.

Save space with these stackable plates and bowls