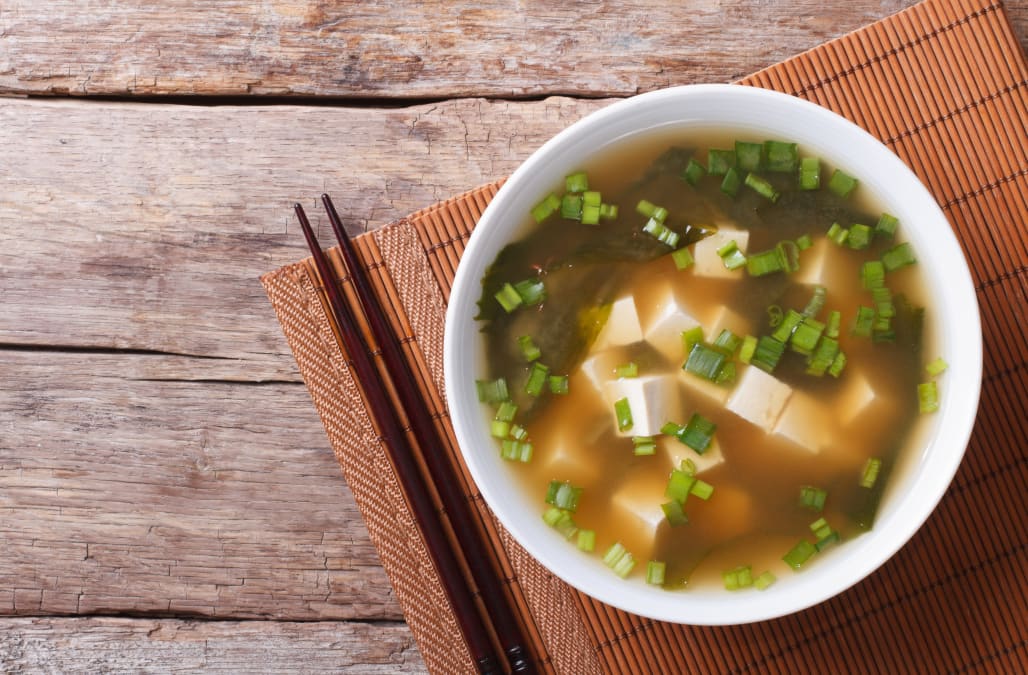 People who eat lots of miso and other fermented soy products may get to enjoy them for a long time, according to a Japanese study that links eating these foods with a lower risk of premature death.

"Fermented soy products such as miso and natto might have a beneficial effect on longevity, but we need to pay attention to salt contents, especially in miso," said Kayo Kurotani of the National Institutes of Biomedical Innovation in Tokyo.

These foods are staples of a traditional Japanese diet, along with tofu, or soybean curd, and abura-age, or fried tofu, researchers note in the The BMJ.

"We already realized potential effects of soy on health," Kurotani, co-author of an editorial accompanying the study, said by email.

Soy is rich in protein, fiber and healthy unsaturated fats. Previous research has linked soy to lower cholesterol and a lower risk of heart disease. Past studies have also linked soy to a lower risk of premature death, but results have been mixed and offered an unclear picture of how much soy or what types of soy-based foods might make the biggest difference.

More than 70% of deaths worldwide are caused by chronic diseases, like heart disease, that are influenced by the way people eat, the study team notes. So they wanted to see which forms of soy might have the most potential to help people live longer.

For the study, they followed almost 93,000 adults, ages 45 to 74, for about 15 years, on average, to see how eating habits impacted survival odds in general and the risk of cardiovascular diseases specifically.

The connection between fermented soy and longevity persisted even after researchers accounted for other aspects of people's diets, like their vegetable consumption.

The study cannot prove fermented soy is the reason for the lowered risk.

Still, study co-author Dr. Norie Sawada of the National Cancer Center in Tokyo noted that eating fermented soy might be linked to better overall health or longer life in part because it's associated with lower blood pressure, lower cholesterol and lower body weight.

"In this large prospective study conducted in a country with a high level of soy consumption, intake of fermented soy products, including natto and miso, were significantly associated with reduced all-cause mortality," Sawada said by email.