Where is the coldest place on earth? Welcome to Yakutsk, Russia, home of the world's harshest winters 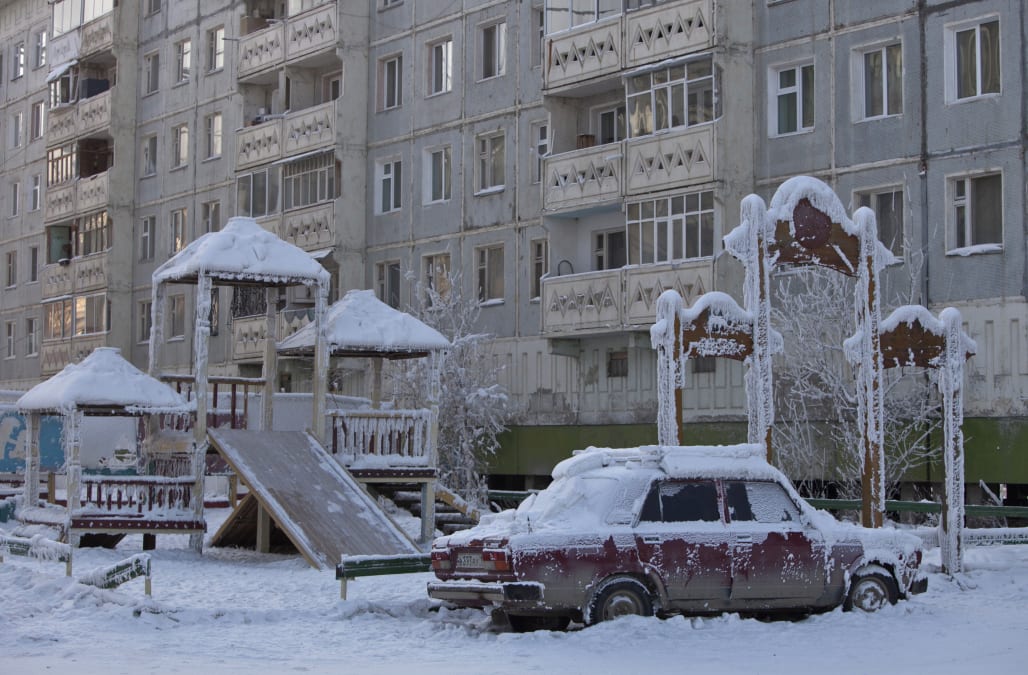 What's cooler than being cool? If you live in Yakutsk, Russia, just about everything.

The town, located deep in the heart of Siberia, is often called the coldest city on earth. Its record-setting winters are the stuff of legends: The constant chill literally drains phone batteries dead and the permanently frozen soil forces residents to build their houses on stilts.

"Here the cold dictates everything," Swiss photographer Steeve Iuncker said when he visited the city in 2013. "Who knew that just stepping outside to grab a cab required such caution?"

The shocking, otherworldly facts about Yakutsk are almost never-ending (its only highway is called the "Road of Bones"), but is it really the world's coldest city? Here's everything you could ever want to know about the Russian town, including how cold it gets, what causes its chilling temperatures and why anyone would ever want to live there.

Just how cold is it there?

The short answer: Very, very cold. Average January temperatures in Yakutsk usually range between minus 38 and 42 degrees Fahrenheit, according to AccuWeather.

And that's the daily average, meaning it can drop much colder at night and during winter storms. In fact, the lowest temperature ever recorded in Yakutsk was a bone-chilling minus 83 degrees.

Those conditions can result in some pretty wild phenomena. For example, check out what happens when you toss boiling water into a minus 72-degree (minus 40 degrees Celsius) day.

Why do people live there?

With nearly 300,000 permanent residents, Yakutsk is a lot more populous than you might expect. Other freezing-cold cities — like Yellowknife, Canada, often considered North America's oldest town — tend to hover closer to 20,000 people.

So why do so many people want to live in Yakutsk? For one, it's a highly important regional hub.

The city is full of history, with plenty of art galleries, theaters, and museums — including the Museum of Permafrost, dedicated to the icy-cold ground that serves as the town's foundation. The town also has its own distinct cuisine, featuring frozen fish served with mustard sauce, horse steak and marinated reindeer meat.

Other contenders for the world's coldest city

It's hard to say for certain that Yakutsk is the world's coldest city, but it certainly has a good case. Still, there are plenty of other places on earth that have claimed that title over the years.

Oymyakon, Russia, located nearly 600 miles east of Yakutsk, is sometimes called the "world's coldest village," since its population is relatively small by comparison. Still, the village has reached some shocking extremes over the years, including a minus 88-degree cold spell in 2018 that was even colder than the average temperature on Mars.

Yellowknife, Canada, also has a case to make, as its residents sometimes claim the added wind chill makes the town's winters some of the most brutal ever recorded. There's also Ulaanbaatar, Mongolia, a city of nearly 1.5 million people where January temperatures as cold as minus 30 degrees create one of the coldest urban climates in the world.