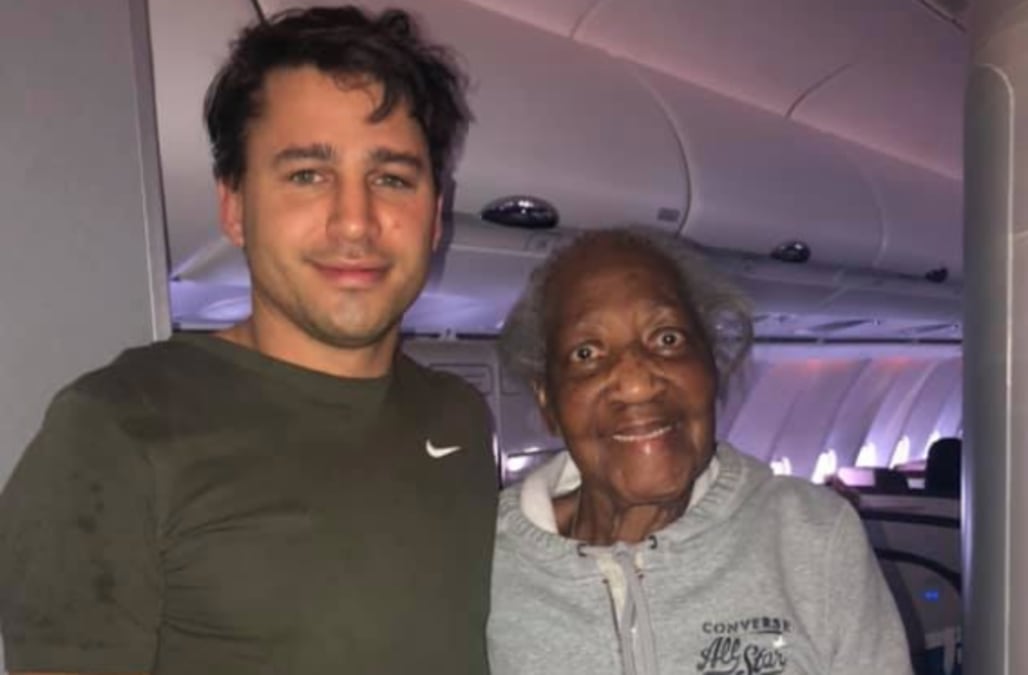 A flight attendant's story is going viral after she shared a heartwarming encounter that took place on one of her London-bound trips last week.

Virgin Atlantic flight attendant Leah Amy took to Facebook on Dec. 10 to share the story of how one young man, Jack, granted an elderly woman's wish by giving up his first-class seat for her. The two had reportedly struck up an "instant friendship" at the airport in New York. After boarding, Jack found the 88-year-old retired nurse, named Violet, in the economy section and offered to switch seats.

"Of the hundreds of flights I’ve operated, I’ve had the pleasure of looking after footballers, supermodels and some Hollywood movie stars but let me tell you about my two favourite passengers EVER!" Amy wrote. "Jack and his family purchased seats In our upper class cabin for a flight home from New York, but when he got onboard, Jack went and found violet in economy and swapped seats with her."

The Manchester-based flight attendant explained that Jack took Violet's seat near the economy class restrooms "literally...out of the kindness of his own heart."

"He then sat on the row of seats directly next to the economy toilets and never made a peep or asked for anything the rest of the flight. No fuss, no attention," she wrote, adding that Jack made the woman's dream come true with the gesture.

Amy snapped photos of the two, including one of a beaming Violet relaxing with her first-class meal, and shared them on Facebook, where they have since gone viral.

Because Violet didn't have a phone or an email address, Amy sent the photos along in the mail so she could "prove" the encounter to her daughter.

For more pay it forward stories, watch the video above!

More from Aol.com:
Unexpected foreign city has the most Instagrammed site in the world
Andy Cohen gets candid about facing a 'travel crossroads' and life with his son Benjamin
21-year-old smashes world record for youngest person to visit every country

5 ski towns to add to your winter bucket list

Your garage is no match for this pro organizer