Woman claims she eats sand as a part of her everyday diet: 'I've felt perfectly fine' 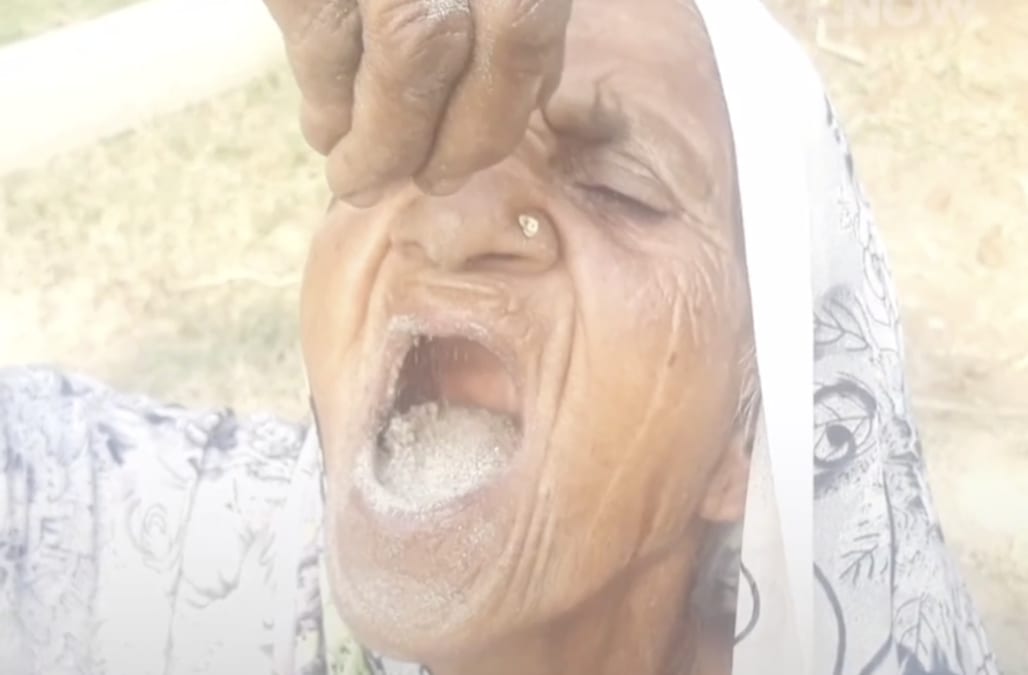 Kusma Vati, an 80-year-old from Varanasi, India, says she has included sand and gravel in her diet every day for the last six decades.

In fact, the elderly woman claims the secret to her good health lies in her rather unorthodox eating habits.

"I have been eating sand and gravel for around 63 years now," she said, according to Yahoo News UK. "I love eating them and I don't think they have any harmful effects."

Vati says she first began consuming sand with her daily meals when she was about 15 years old to remedy an upset stomach and has been hooked ever since — with allegedly no downsides.

"I haven't suffered any problems in my stomach and mouth, and my teeth are absolutely fine," she claimed. "If anything, it’s made them tougher. I can bite into the hardest stone without a problem."

"I have never seen a doctor because there has just been no need," she continued. "For as long as I can remember, I've felt perfectly fine."

Vati cleans her sand by storing it in a clay pot and allowing it ample time to dry in the sun. The rest of the sand-eating process is pretty self-explanatory.

Not everyone is supportive of Vati's diet, particularly her grandkids, who have been urging her to quit cold turkey.

However, the elder has no plans to listen to them whatsoever.

"My grandchildren insist I get medical help to get rid of this addiction," she said. "But, I see no need for it."

Your garage is no match for this pro organizer