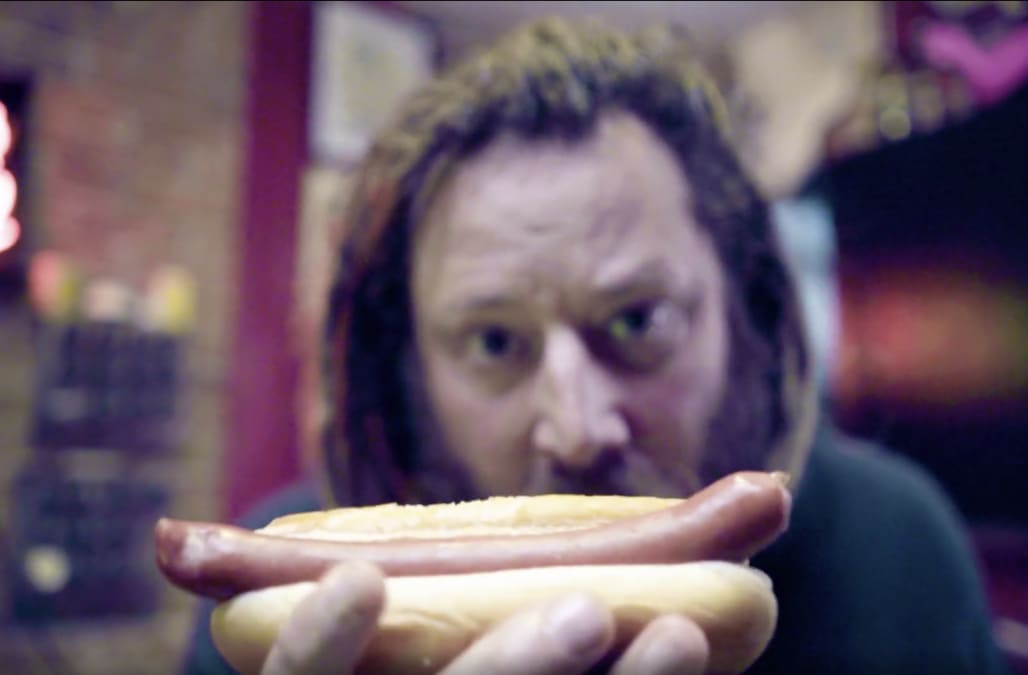 Crazy Legs Conti is as famous for his unforgettable name as he is for his competitive eating feats.

Conti is a top-ranked eater with Major League Eating (MLE) and holds world records in buffet food, French cut string beans and corn on the cob. He has qualified for the final rounds at Nathan's Hot Dog Eating Contest 14 times, he once ate 459 oysters on the "Late Show with David Letterman" and has traveled to Alaska to consume 50-pound cabbages and reindeer sausage.

"Competitive eating has sort of left the state fair, pie-eating world and entered the mainstream lexicon," Conti told In The Know. "In today's world, you have to be a cross-disciplined athlete."

Conti's tactic for success is to get both his body and mind prepared to consume his food. He meditates and takes yoga classes — there are a lot of distractions at a competitive eating event and it's crucial to stay zen and keep pushing forward.

"I need to go in there with enough energy and enough sense of my body and my mind that I can achieve a personal best."

The idea of eating 25 hot dogs and buns in 10 minutes is as unappealing to Conti as it is to the regular eater, but he stays focused on the competitive context of it all.

It's not all about winning for Conti, though. He will go out of his way to attend competitions that have a philanthropic aspect because charity work means a great deal to him. One of his favorite events was when he ate hot dogs to entertain sailor soldiers and armed forces members.

Competitive eaters essentially have to train year-round for these events — some lose a couple of pounds; some train with water to expand their stomachs. It's an exhausting ordeal.

"You have to clear that notion that, 'Hey, this is enough food or enough calories for the day' and say, 'I'm going to dig a little deeper — I'm going to find something in myself,'" Conti said. "The last two minutes — when dreams are made and realities are broken — you feel like quitting. You feel like stopping. The difference of $1,000, the respect of your peers, the groupie you like in the audience — all those things come into play in the last two minutes. So I'm going to push myself mentally to be able to physiologically accept those limitations and then go beyond them."

Watch the full In The Know: Extreme Lengths episode to learn more about Crazy Leg Conti, competitive eating and how he powers through dozens of hot dogs and corn on the cobs within minutes.

5 ski towns to add to your winter bucket list