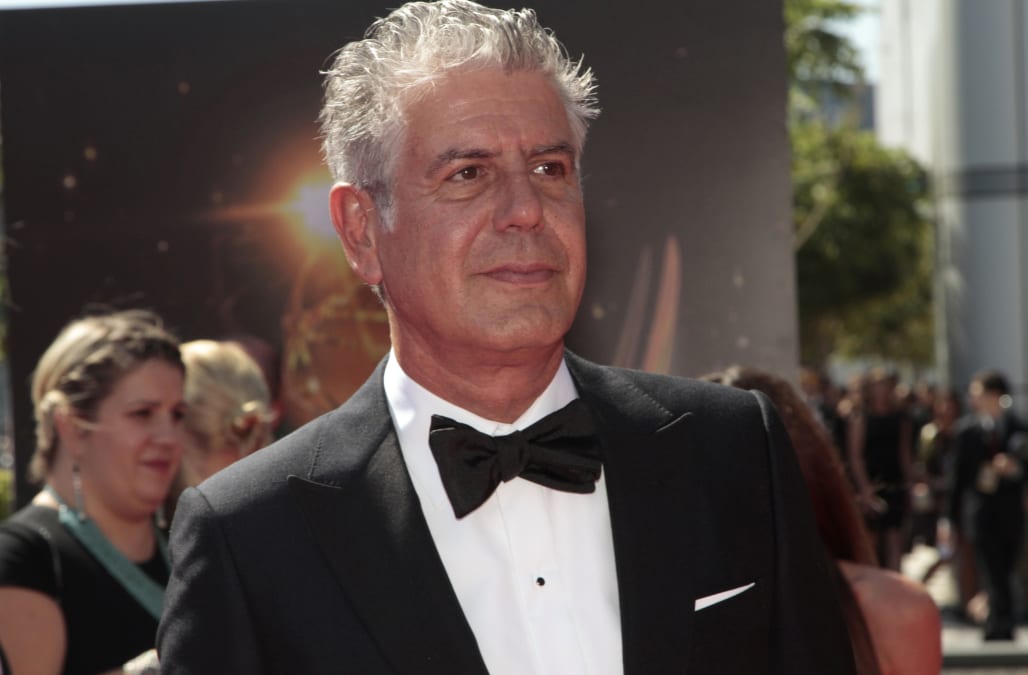 There are probably few people who have spent as much time in the air as the acclaimed chef, author, and TV personality Anthony Bourdain in his travels to all corners of the globe. His enthusiasm to eat whatever seemingly strange and exotic foods were put on his plate inspired many palettes to become more adventurous. It’s clear that he had a taste for the unknown; his lesser-known distaste was for the infamously bland, the processed, and the predictable—namely, airplane food.

For a man whose career as we know it was founded by revealing unsavory industry secrets about the restaurant business starting with his famous New Yorker article, his reason for eschewing airplane food was pretty simple. In an interview with Bon Appetit, he said: “No one has ever felt better after eating plane food. I think people only eat it because they’re bored.” He’s not the only celebrity chef who won’t eat it, either. Gordon Ramsay denounced the food, citing the fact that he had worked for an airline for years and knew exactly “where it’s been and where it goes.”

The best lessons Anthony Bourdain taught us about food

When it comes to food, looks aren't everything

Sure, he’s eaten at some of the world’s finest restaurants, where plating is everything (one of his top spots was Per Se in New York—tapioca “sabayon” with oysters and caviar, anyone?), but Anthony Bourdain was no snob when it came to appearance. As he told Food & Wine, “some of the most inherently delicious food has been pickled, butchered, braised, stewed, and/or charred in a way that maximizes flavor, visual appeal be damned.”

Don't be afraid to try something new

“Good food and good eating are about risk,” Bourdain wrote in his bestseller Kitchen Confidential: Adventures in the Culinary Underbelly. Through his TV travel adventures, the chef has eaten everything from a beating cobra heart to a raw seal eyeball, which he claimed were similar to an oyster and “not bad,” respectively. For viewers at home, the take-home message is: You won’t know if you don’t try. While raw organs aren’t everyone’s cup of tea, Bourdain encourages fans to open their minds to new foodie experiences—but you can always start with switching up the cheese on your turkey sandwich.

Even before writing Kitchen Confidential, Bourdain shocked the world with his breakout 1999 New Yorker essay revealing behind-the-scenes trade secrets from chefs. One of his most surprising: Seafood dishes usually aren’t very fresh on Mondays, when the fish is usually leftovers ordered for the weekend crowd. Restaurant goers followed the advice for years, but fast-forward 17 years and Bourdain changed his tune. “It's almost two decades later. Things have changed,” he told Business Insider, lamenting on the fact that it's still one of his most often-quoted tips. These are other foods chefs never order in restaurants.

Typical "foodie" destinations don't have the only great eats

Rome? Been there. Paris? Done that. With his CNN show Anthony Bourdain: Parts Unknown the chef sampled local cuisine off the beaten path, bringing overlooked cities and countries to the public eye. Vicariously joining the chef on his journeys, viewers got to experience the cultures of Trinidad, Tanzania, Borneo, and countless others.

How to spot the best local eats

Tourists always want to feel in-the-know about the best a city has to offer—but Bourdain knew not to just scan Yelp and call it a day. He told Bon Appétit to keep an eye out for long lines and non-touristy signs. “If a place is crowded, but the people lining up are not local, that’s a clue—a bad clue,” he said. “If it doesn’t have signs in English, it’s almost always worth investigating. I look to see if locals are willing to inconvenience themselves and wait in line for a long time to get something that only costs $1.50, especially if it’s a mixed bag of different incomes.” Don't miss these other 24 things restaurant owners wish they could tell you.

Get cozy with the locals

Restaurant food might seem like the safer bet in foreign countries, but Bourdain wouldn’t shy away from a home cooked meal for a more authentic experience. “Generally speaking, there are countries where total strangers will invite you into their homes,” he told Bon Appétit. “In Tehran, just by virtue of being an American, you will probably be invited to dinner. I’d say, just be open. Don’t be afraid.”

One of Bourdain’s top spots was a hot dog joint of all places. At now-closed Hot Doug’s in Chicago, surprisingly affordable foie gras dogs were served up in paper trays. “It's proof that food doesn't have to be expensive to be great,” Bourdain said about it in Men’s Health.
(Getty)

The health-conscious side of you might gasp in horror at a butter-soaked meal, but Bourdain unapologetically proclaimed you’ll find almost a full stick worth of butter in the best restaurant meals. “In the world of chefs … butter is in everything,” he wrote. Unless you want to give up pasta (yes, the noodles themselves), sauces, meat, and fish, you’ll have to give in to the fact that you’ll be consuming a whole lot of butter. Check out 57 more secrets restaurant servers won't tell you.

Fresh is worth the extra effort

Bourdain was all about going fresh well before farm-to-table became a craze. In Kitchen Confidential, he scorned the idea of using jarred garlic in place of fresh cloves. “Avoid at all costs that vile spew you see rotting in oil in screwtop jars. Too lazy to peel fresh? You don't deserve to eat garlic,” he wrote. Some shortcuts just aren't worth it.

Brunch might be a good excuse to day drink with mimosas, but Bourdain would not have been impressed with avocado toast. “[Dedicated cooks] despise hollandaise, home fries, those pathetic fruit garnishes, and all the other cliché accompaniments designed to induce a credulous public into paying $12.95 for two eggs,” he wrote in The New Yorker. “You can dress brunch up with all the focaccia, smoked salmon, and caviar in the world, but it’s still breakfast.” Don't miss these 10 things chefs never, ever order at brunch.

No amount of restaurant food can replace home cooking

Not everyone will grow up to be a culinary genius like Bourdain, but he did wish young adults would stop relying on takeout and instant ramen. “I do think the idea that basic cooking skills are a virtue, that the ability to feed yourself and a few others with proficiency should be taught to every young man and woman as a fundamental skill, should become as vital to growing up as learning to wipe one’s own [butt], cross the street by oneself, or be trusted with money,” he wrote in Medium Raw.

It's not all about what's on your plate

Not only did Bourdain have a deep appreciation for good food (to say the least), but he also understood the power of sharing a meal. In Vietnam and Mexico, for instance, the amount of time it takes just to pull a meal together is a strong bonding experience in and of itself, he wrote in A Cook’s Tour. “Meals make the society, hold the fabric together in lots of ways that were charming and interesting and intoxicating to me,” he wrote. “The perfect meal, or the best meals, occur in a context that frequently has very little to do with the food itself.”

There’s something exciting about tasting exotic ingredients or a creative take on classic dishes, but Bourdain never claimed that food needs to be complex be worth eating. “Good food is very often, even most often, simple food,” he wrote in Kitchen Confidential. Learn the 8 things celebrity chefs look for in a restaurant.

On all those trips to far-away destinations, Bourdain surely logged hundreds of hours in the air, but thankfully, he didn’t spend it all starving. The chef laid out his perfect plan for a long flight: “I’d eat some cheese and drink myself stupid,” naming port as his wine of choice on a plane. Check out these other ways Anthony Bourdain kept it real.

If that’s not good enough advice, his last bit of wisdom regarding the matter revealed how often even the smallest philosophies of Bourdain’s became lessons in how to live, as he stated, “I like to arrive hungry.” So, there’s no special secret—the food on the plane just can’t compare to the culinary treasures you might find wherever you’re landing. Here are some more ways Bourdain changed how the world eats—just be sure to remember his advice the next time a flight attendant comes around for your order.

More from Reader's Digest:
9 travel mistakes to avoid to have the best vacation ever
The little-known airplane feature that could save your life
15 real-life hidden treasures that haven’t been found yet

Here’s how to watch Beyoncé's ‘Black Is King' film

10 bargains that are just as good as Prime Day deals

This best-selling facial cleanser is for dry skin