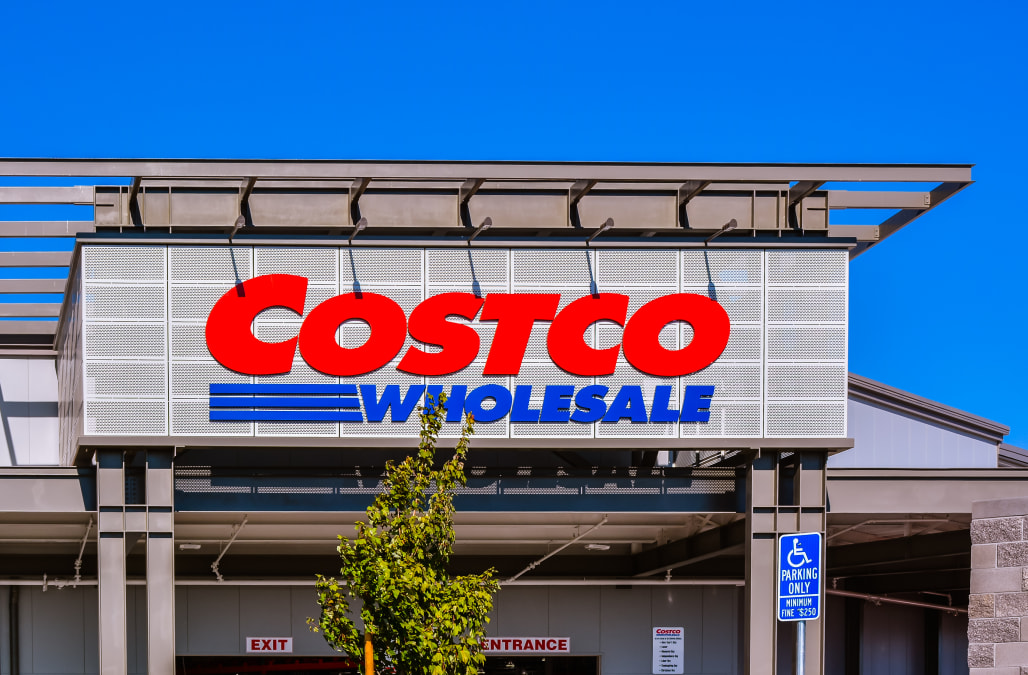 Costco has fascinated shoppers and business experts alike, to the point where analysis of the company's strategy has become something of a cottage industry. The enigmatic warehouse store doesn't follow many of the traditional rules of retail. Here are some lesser-known facts about the nation's largest wholesale club operator.

ONE OF ITS BEST-SELLERS IS...

One of Costco's most popular products is toilet paper. It’s been widely reported that the chain sells more than 1 billion rolls each year worth some $400 million for about 0.4 percent of total revenue. In one clue to its importance, the toilet paper is often found deep in the store, so that budget-conscious customers have to pass many other tempting products on their way to stock up.

WHY THE AISLES AREN'T LABELED

Costco doesn't label its aisles for the same reason it places popular items at the back: As customers search the store to find what they came for, they see more items they want to put in their carts. Nevertheless, it should be easier to find items in the giant warehouses than in some other stores. Costco stores usually house about 4,000 products in an open layout while the average Walmart, for example, has about 100,000 products cluttering the aisles.

WHY THE CHICKEN AND HOT DOGS ARE SO CHEAP

Costco keeps its rotisserie chicken and hot dogs cheap because they are loss leaders. In other words, people come for the meat and stay for the flat-screen TVs. The $5 rotisserie chickens are one of those items placed strategically toward the back of the store so customers can be entranced by other offerings as they walk by. At $1.50, the hot-dog-and-drink combo has been the same price for years.

As of September, there were 763 Costcos, including 528 locations in the United States and Puerto Rico, 100 in Canada, 39 in Mexico, 28 in the United Kingdom, and 26 in Japan. There's even a Costco in Iceland; 1 in 8 Icelanders signed up for membership before it even opened its doors, according to Quartz.

There are some 93 million cardholders. Most cardholders in this May figure are basic Gold Card members, paying $60 a year. Executive members pay $120 and can get a 2 percent reward on certain purchases up to $1,000 a year.

Worldwide there are 239,000 Costco workers, and by all accounts, Costco employees — including 163,000 U.S. workers — are a happy bunch: Turnover rate is only 5 percent for employees of over a year, according to Business Insider; it's more like 60 percent for retail overall, according to Fortune.

HOW MUCH COSTCO EMPLOYEES MAKE

This year, Costco has raised its minimum wage $1 to $14 or $14.50 an hour, and hourly workers average about $22.50. By cutting costs in other ways (minimal decor and no shopping bags, for example), Costco can hang on to good, productive workers. The company also tends to promote from within.

MOST EMPLOYEES HAVE HEALTH BENEFITS

Some 88 percent of Costco workers have health benefits. In addition, many employees are eligible for a 401(k) match, dependent care assistance, a counseling program, short- and long-term disability, life insurance, employee stock purchasing, and a health-care reimbursement account.

The average Costco warehouse store is comparable in footprint to a city block in Manhattan. The smallest Costco is 73,000 square feet, and the largest is 205,000. Costco's major rival, Sam's Club, builds slightly smaller at an average 136,000 square feet.

THE QUALITY OF KIRKLAND SIGNATURE PRODUCTS

Costco's private-label products, named after the company's origins in Kirkland, Washington, cost less than brand names but generally deliver high quality. In many cases, products from big-name companies are packaged under the store's Kirkland Signature label. For instance, Costco takes premium wine from highly regarded vintners and sells it for unthinkably low prices — which it can get away with, as the biggest wine retailer in the country. Ironically, however, consumer product testing suggests that the toilet paper's popularity may not be justified. It's soft but not very strong, according to Consumer Reports.

Unlike many of its competitors, Costco doesn't advertise (although it does tout deals or send coupons to existing members), which helps keep spending low and profits high. Even without selling anything, Costco can count on membership fees as a revenue stream and has no problem attracting enough new and returning members: 90 percent of members in the U.S. and Canada renewed last year, according to the company's 2017 annual report, and the number of memberships grew more than 3 percent.

WHY COSTCO SWITCHED TO VISA

For years, Costco famously accepted only American Express from customers wanting to use credit cards, but as of 2016, any Visa card is welcome. Like many of the store's decisions, the split from Amex was related to cost — Visa takes a smaller fee on card purchases and gives back better rewards, as demanded by Costco. There are also many more Visa cardholders than those with American Express. SmartAsset notes the Costco Anywhere Visa card's 4 percent cash back on gas purchases and other perks.

COSTCO HAS A MAGAZINE

Who would have thought Costco had its own magazine, let alone a print monthly with the largest circulation in the country? Yet Costco Connection has nearly 13 million recipients. Now, as other national magazines decline and close, even traditional advertisers want a place on its pages of celebrity interviews, how-tos, recipes, and, of course, coupons. Costco Connection is available online for anybody to view or download, and there is an app version for iPhone and Android.

YOU CAN SHOP WITHOUT A MEMBERSHIP

Some of Costco's best stuff is accessible even without a membership. In some states, legal loopholes allow alcohol purchases, allowing non-members a chance to try those excellent Kirkland Signature wines. A Consumer Reports study found that Costco has the best prescription prices, and no membership is needed to use the pharmacy. If the food court is outside, you can pay cash for the famous $1.50 hot dog combo.

Despite being known for value, Costco has an array of high-end products, including diamonds. Top of the heap: This $420,000 platinum band available on Costco.com features a near-colorless 10-carat round diamond, and its appraised value is more than $658,000, according to the International Gemological Institute.

TIFFANY HAD A BEEF WITH COSTCO

Speaking of rings, a U.S. district court judge ruled last year that Costco owed Tiffany & Co. more than $19 million for describing some of its rings using the Tiffany name. Costco has argued it was using the term generically.

COSTCO IS SECRETLY A PIZZERIA

The sheer volume of Costco stores — more than 500 — is enough to rank the store comfortably within the top 20 American pizza chains. This is another loss leader: Slices are only $2. (For those who prefer to make their own, Costco sells dedicated pizza ovens starting at $100.)

COSTCO IS IN THE CAR BUSINESS

Costco sold more than 520,000 cars through its no-haggle auto-buying program in 2017, ranking it alongside the top dealership groups in the nation. The program has more than 3,000 participating dealerships in the U.S. and Puerto Rico.

While cost varies significantly by location, gas is typically 6 to 12 cents cheaper a gallon if members fill up at Costco stations, compared with competitors. The company had 536 stations at the end of 2017, but they don’t take cash. Instead customers can use Visa, a Costco credit card, debit, or Costco cash card.

Costco shoppers are much wealthier than the typical big-box-store customer with average household incomes of around $100,000. Household income for the average Walmart shopper is a bit over $56,000, according to Business Insider; the number is around $65,000 for Target shoppers, according to PYMNTS.

More from Cheapism:
19 Steps to Prep Your House for Fall and Winter
50 Famous Gravesites Worth Seeing Around the World
America's 14 Worst Cities for Small Business