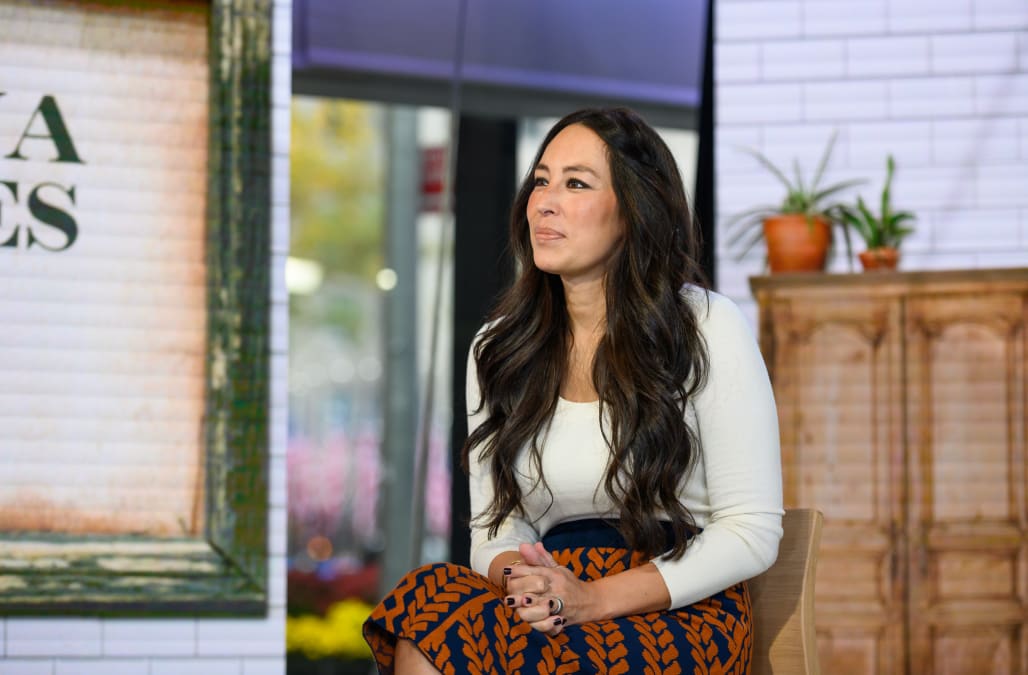 Spring has sprung at Magnolia Table in Waco, Texas! Chip and Joanna Gaines welcomed the start of a new season — and celebrated a year in business — at their restaurant with 10 new menu items.

The Gaines are saying so long to wintry soups and hello to berry-filled salads and prickly pear lemonade. The former "Fixer Upper" stars shared the update in a mouth-watering blog post, full of tantalizing food photos. According to Joanna, "these new, seasonal recipes help bring spring to life in the form of food" because the Magnolia Table team wants "the sights, sounds and scents of the season to be reflected" within their restaurant's walls.

For egg lovers, an asparagus quiche with fontina cheese joined the breakfast club. The baked dish features a "flaky, buttery pie crust filled with eggs, asparagus, and a blend of fontina and Gruyère cheese," according to the Magnolia blog. The restaurants pairs the dish with tomatoes and simple greens.

Stock up on crescent rolls

To get that homemade feel you don’t always have to make everything 100% from scratch. In Magnolia Table, Joanna relies on refrigerated crescent roll dough for a few tasty recipes, like her quick orange-walnut sweet rolls and her classic chicken potpie. This cuts the prep time down significantly, and the results can taste just as good as something made all by hand.

Save time with rotisserie chicken

While everyone loves a perfectly roasted chicken for dinner—and then the leftovers used in tasty dinners all week—it can be hard to find the time to roast one on a busy evening. That’s why Joanna grabs a grocery store rotisserie chicken to use in a handful of recipes, like her cozy chicken potpie.

Have a favorite dish that you always order at a restaurant but is just too tricky to make at home? Joanna says turn those into a casserole! She explains in her book that Chip loves eggs Benedict, but making individual servings at home can be a real hassle. So to get that same flavor with less work, Joanna turned it into an easy-to-make, easy-to-serve casserole. Genius!

Pie crust serves as the foundation for so many of our favorite dishes—pie (obviously!), quiches and tarts—but making your own crust from scratch is sometimes too time-consuming. According to Joanna, don’t worry about it! She writes in Magnolia table that she subs store-bought crust for homemade all the time, especially when she’s whipping up a tasty quiche.

Refrigerated biscuits are your friend

We all know that Joanna is a true Southern gal with an authentic recipe for buttermilk biscuits (you can check out how to make them right here), but we also know she’s a busy woman! That’s why when it comes to chicken and dumplings, Joanna says that you can easily substitute packaged biscuits for her biscuit and dumpling recipe.

Focus on the main dish and take shortcuts on the sides

In Magnolia Table, Joanna explains how enchiladas are a family favorite in her house. The cheese-filled chicken enchiladas are the star of the show and the side dishes—beans and rice—are just supporting players. So when time is tight, focus on the main, and used packaged rice as a quick substitute. Joanna prefers Knorr brand Mexican rice mix.

We love our sandwiches layered with flavored aiolis, but we never think to make those fancy types of mayonnaise at home. After all, mayonnaise from scratch can be a real chore. But to get that same effect, Joanna takes her favorite mayonnaise (she says she prefers Hellman’s) and stirs in a handful of herbs and spices. For her version, add chopped chives, garlic, dill, parsley, paprika and a bit of lemon juice. Feel free to add your favorite flavors to dress up your sandwiches.

Have a boxed pancake mix on hand

While Magnolia Table has an exceptional recipe for fluffy pancakes, Joanna writes, “I always have a boxed mix in the pantry for when I just don’t have the time.” It’s always smart to have these backup plans, plus boxed mixes serve as a great foundation for all sorts of recipes like these pumpkin chocolate chip pancakes and even this five-star breaded catfish.

Use basics as a base

No matter how carefully you plan or how carefully you read a recipe, sometimes dishes can just go wrong. If something goes wrong and your dinner flops, take this advice from Chip and Joanna from Magnolia Table, “there’s always pizza.”

If a flaky quiche crust just isn't flaky enough, Joanna also created a twist on a classic egg salad sandwich by serving it on a buttery croissant. The mom of five also adds lettuce and heirloom tomatoes to her egg sandwich.

A tea sandwich sampler trio also joins the seasonal, alongside a harvest wrap and a spring berry salad. The tiny tea-party style sandwiches, "for when you're feeling dainty," include chicken salad, egg salad and pimiento cheese, a true Southern staple — and one of Craig Melvin's favorite foods! Joanna added a playful twist to a classic short stack with blueberries, lemon zest and lemon butter. With all of her leftover lemons, she used them create another new item: fresh -squeezed prickly pear lemonade. Also on the sweet side is a classic carrot cake, with "layers on layers of cream cheese frosting."

For those who don't plan to travel to Texas anytime soon, this spring menu definitely offers some inspiration for cooking at home — after all, many similar recipes can be found in Joanna's first cookbook.

More from Today Show:
Here's what Taylor Swift really eats when she's at home with friends
Chick-fil-A's new dip might be more popular than its signature sauce
Meghan Markle is a fan of this royally popular food