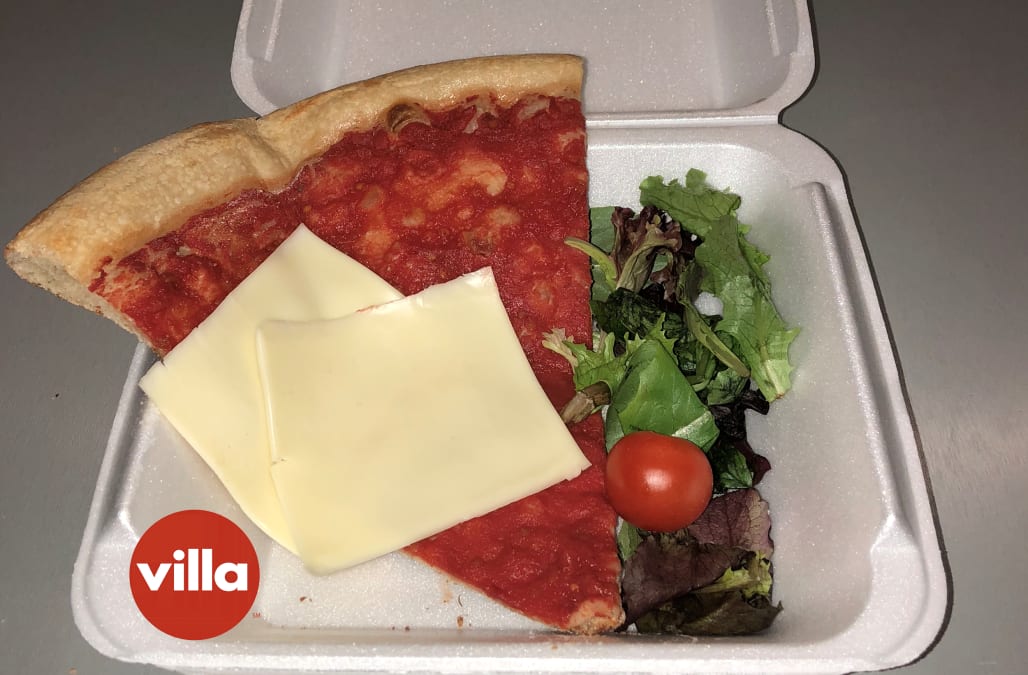 You remember that small music festival that some people tried to put on last year. It's called something like Fyre Fest? Kidding—of course you remember, thanks to the two new documentaries, the countless memes on social media, and the tweet pretty much responsible for bringing the whole mess to light, the bread and cheese tweet.

Well, now to awkwardly laugh a little more about the situation (that wasn't all all laughable), Villa Italian Kitchen is parodying the "cheese sandwich" with a new pizza. They're launching the Greatest Pizza That Never Happened: the Festival Pyzza. 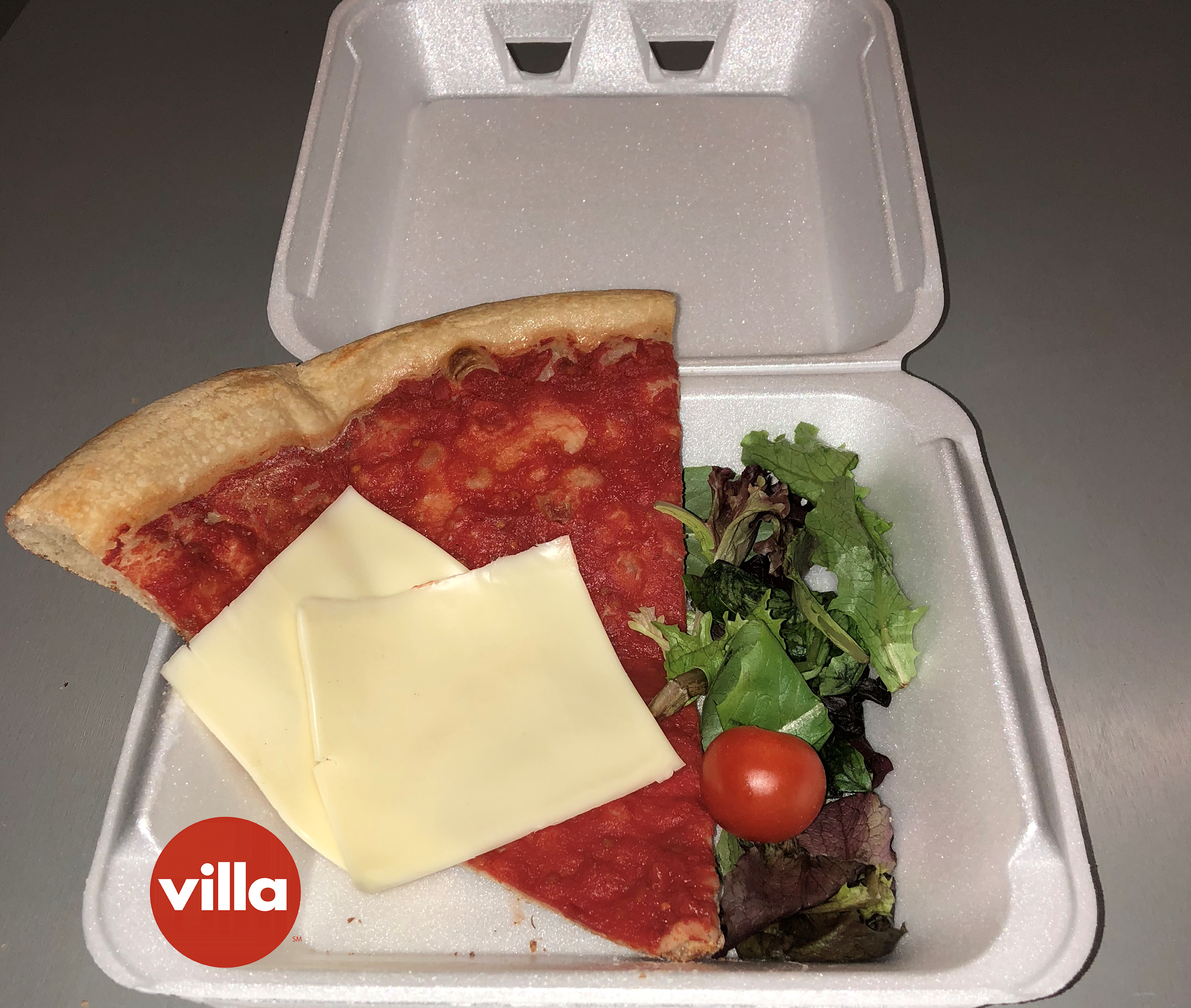 According to a press release, "Festival Pyzza is a new luxury pizza experience for only the wealthiest consumers and industry influencers to enjoy. Made with only the finest fresh ingredients available including sauce made from California tomatoes, hand-stretched dough and premium individually packaged processed cheese product, the Festival Pyzza retails by the slice for the fire-y price of $25."

Yes, it's actually a slice of pizza with two cold cheese slices thrown on top instead of shredded up and melted. And it's $25.

The press release goes on to say that it's modeled after the "infamous exquisite culinary experience promised to fesitvalgoers" and that it's served along a small salad, minus dressing.

Fyre Fest, which was supposed to/did take place in April 2017, recently came back in the spotlight thanks to two documentaries released by Netflix and Hulu this month. Both shined a light on what was ultimately a big scam orchestrated by Billy McFarland, a young businessman (who is now in jail). McFarland had promised high-end luxurious tents and cabanas and food by Steven Starr (a famous restaurateur and James Beard Award winner) amongst models and yacht parties. Instead, guests showed up to find FEMA tents that were half-fallen apart with mattresses scattered all over the area, and for food, one festival goer shared a picture on Twitter of a meal that looked less than desirable.

The dinner that @fyrefestival promised us was catered by Steven Starr is literally bread, cheese, and salad with dressing. #fyrefestivalpic.twitter.com/I8d0UlSNbd

"The dinner that @fyrefestival promised us was catered by Steven Starr is literally bread, cheese, and salad with dressing. #fyrefestival," he wrote.

If that's an experience you're looking to try out or maybe even re-live (but why?), Festival Pyzza is now available at participating Villa Italian Kitchen locations across the U.S.