This is why we eat fruitcake during the holidays 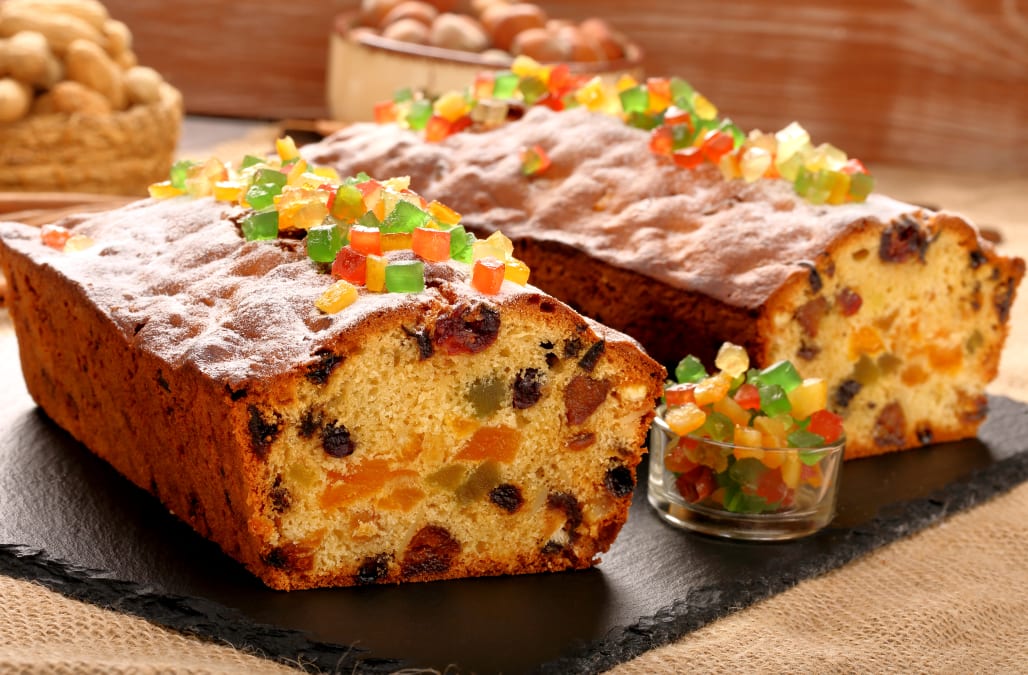 Fruitcake wasn’t always the butt of every culinary joke. Back in the 18th and 19th centuries, it was a sought-after delicacy reserved for special occasions. So why is it now exclusively associated with Christmas as the ironic holiday dish that everyone blindly hates?

It all started with the Romans and their dessert, satura, which was a mixture of barley mash, dried raisins, pine nuts, pomegranate seeds, and honeyed wine. This is considered the earliest form of fruitcake.

Eventually, the idea of putting fruit and nuts into batter spread into Europe. The English began making plum cakes—here, the word “plum” refers to any type of dried fruit—which were also called Christmas cakes. In Victorian England, they became a decadent staple at weddings and holiday gatherings, and since the ingredients weren’t cheap, simply eating it was an occasion in itself. There’s no proof that Americans borrowed this tradition and opted to only eat the cake on the holiday for which it’s named, but it seems likely. Learn more about where your favorite Christmas traditions came from.

RELATED: Best and worst holiday desserts for your health:

The best and worst holiday desserts for your health

As for the bad reputation that fruitcake has today, commercialism may be the culprit. Smithsonian Magazine reports that mass-produced mail-order fruitcakes became available in the early 20th century. Until then, people relied on tried-and-true recipes from family and friends. But when those dry, packaged fruitcakes hit markets and mailboxes, the public was probably less than pleased.

And so the resentment spread, right down to the guests at your own Christmas party. Sure, serving fruitcake is a centuries-old tradition, but you’re probably better off avoiding the controversy altogether and sticking to Christmas appetizers everyone will love.

The post This Is Why We Eat Fruitcake During the Holidays appeared first on Reader's Digest.

More from Reader's Digest:
This Is What Queen Elizabeth II Gives Her Staff for Christmas
14 Funny Christmas Quotes That Will Have You Laughing Through the Holidays
23 Weirdest News Stories of the Year

You can get 50 percent off this swimwear brand

This device keeps mosquitoes away, and it’s only $22