10 tips for the juiciest, tastiest turkey you've ever made 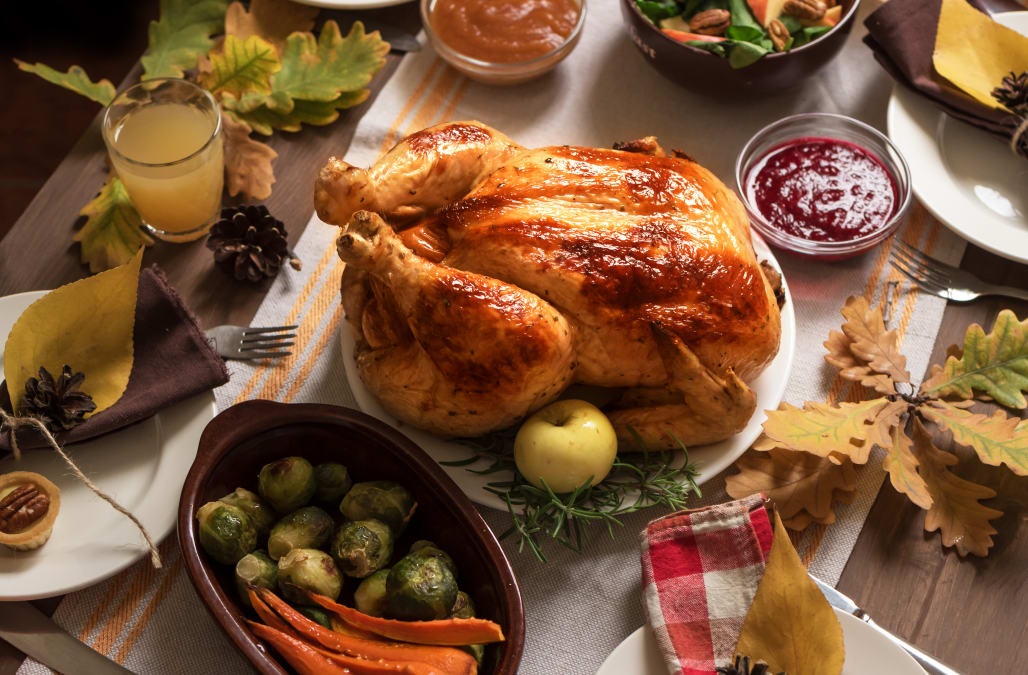 When it's time to talk turkey, few people have as much to say as Rick Rodgers, the author of the cookbook "Thanksgiving 101" (plus dozens more) and former spokesperson for one of the country's biggest poultry companies.

He's cooked more than 500 gobblers in his long career. Here are his tried-and-true tips for roasting an unforgettable turkey.

10 PHOTOS
10 tips for the juiciest turkey ever
See Gallery

10 tips for the juiciest turkey ever

Rodgers has strong feelings about what kind of turkey to buy: “One word: fresh,” he told TODAY Food. “Defrosting a frozen turkey is a pain in the neck. It takes a full 24 hours to defrost every 5 pounds. I don’t have enough room in my refrigerator to defrost a turkey for five days.”

2. Don't overspend on the turkey.

Beyond buying fresh, Rodgers said that there’s no need to splurge on anything fancy — unless there's a specific reason for doing so, like religious dietary laws.

“Keep in mind who you’re cooking for,” he said. “Will they appreciate the heritage bird you spent twice as much to buy?”

3. Don't be scared of stuffing a turkey.

Rodgers takes a somewhat controversial view of stuffing, which has been deemed a food safety no-no for years.

“I have never not stuffed a turkey in my life,” he said. “It’s perfectly safe to stuff a turkey — the [Department for Agriculture] has changed their stance.”

Sure enough, the government agency no longer advises against stuffing the bird.

4. Mix the stuffing at the right time.

To stuff the turkey safely, don’t combine wet and dry ingredients until it's time to spoon them in. Be sure to stuff loosely — around 3/4 cup of stuffing per pound of turkey. Keep a meat thermometer handy, since it's very important to make sure the stuffing reaches 165 degrees during cooking.

If the turkey is not going to be stuffed, Rodgers suggested filling the cavity to flavor the meat. Before roasting, roughly chop and insert an onion, a carrot, a rib or two of celery and a Granny Smith apple, plus sprigs of fresh parsley. Toss them before serving.

On the outside of the bird, rub softened butter mixed with dried thyme, sage, marjoram, rosemary and celery seed. The turkey can also be wrapped in bacon.

To ensure moist white meat and completely cooked dark meat, Rodgers offered his favorite piece of advice: Cover the breast tightly with foil — don’t just tent it — to slow the cooking in that area.

“I call it a foil brassiere,” he said. Remove the "brassiere" for the last hour of cooking, to let the skin brown nicely. “Baste it a couple times to bring the dark pan juices over the breast, like you’re painting the breast,” Rodgers said.

8. Know where to place a thermometer.

In keeping with his colorful, anatomical descriptions, Rodgers said, “I tell people to put the thermometer at the panty line of the turkey — where his little butt is meeting the top of the hip joint, that’s the meatiest part.” When the thermometer reads 165 degrees, the turkey is cooked.

Just because the thermometer says the turkey’s cooked, that doesn’t mean it’s ready. Let the turkey stand for 30 to 45 minutes before carving. “The longer the turkey stands out, the juicier it’s going to be, and the more time you have to heat up your side dishes,” Rodgers said. A large bird should stay hot for an hour or more.

Once the turkey’s carved, spoon a little bit of turkey stock over the meat just before serving. “It makes the juiciest turkey you’ll ever eat,” said Rodgers.

More from Today Show:
10 things we're adding to our cart during Nordstrom's fall sale
Garbage collector pulls 93-year-old in truck to save her from wildfire
Tamera Mowry-Housley mourns niece and celebrates son's birthday in tribute post