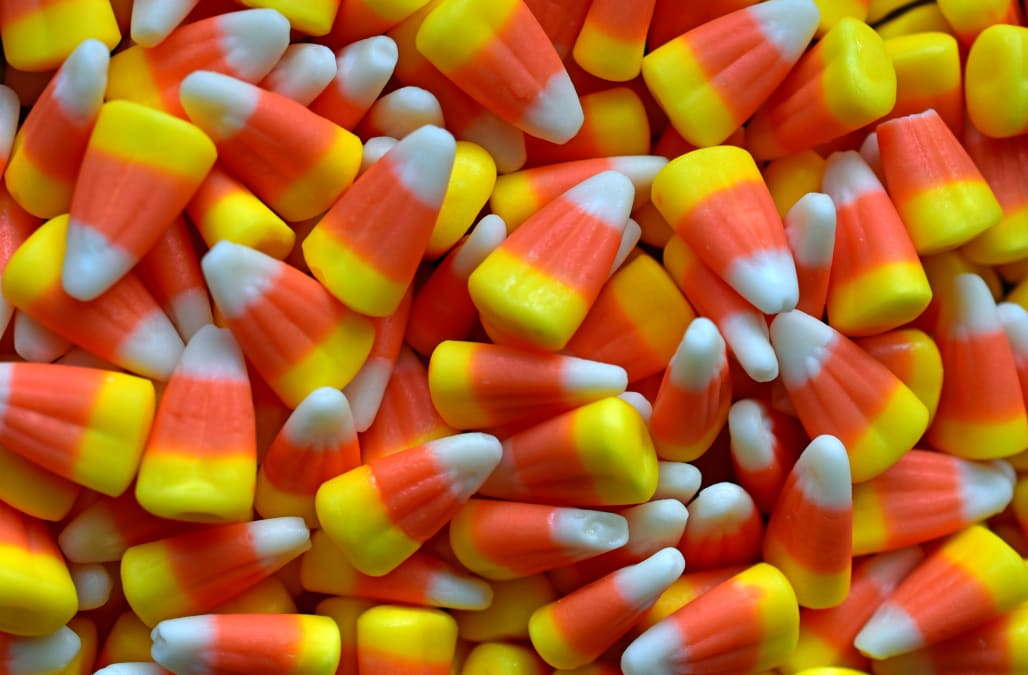 Related: Best and worst Halloween candies for your health

They’re portion controlled and take longer to eat. While it's true that they're all sugar, they still have less sugar than chewy candies.

If you’re not careful, you can end up eating 300 calories and 10 spoonfuls of sugar without realizing it. Yikes!

Any tiny square-shaped mini-bars will be lower in calories and fat than their larger “fun size” counterparts.

Each cup has a total of 105 calories, 6.5 grams of fat, 2 grams saturated fat. In other words, try to opt for another chocolatey option (if possible).

There's only 25 calories per roll, you guys! On top of that, there are 20-plus per roll, which stretches your calories out across lots of eating.

Most taffy is prime cavity-causing candidates. Say hello to your dentist!

It needs to be at least 70% cocoa to do justice for your health! If so, go for a bite of that bar.

They get almost half of their calories from fat. They also have over 3 grams of the saturated stuff per serving! No thanks.

So if you're vegan, skip the candy corn this Halloween. The smooth outside coating is made from lac-resin, an insect secretion from lac bugs found in Asia. Each piece of candy corn contains about 7.5 calories, but, candy corn contains almost no nutritional value. The only nutrition comes from sesame oil, which is high in vitamin E. So whether you love or hate candy corn, you should at least know it does nothing for you.

Related: Here's how much goes into 100 calories of candy

Discover More Like This
HIDE CAPTION
SHOW CAPTION
of
SEE ALL
BACK TO SLIDE
See Also:

More from Aol.com:
What 100 calories of Halloween candy looks like
This mom is warning parents after a Halloween face paint burned her son
4 Halloween myths that simply aren't true

These extended Cyber Monday deals are breaking the internet! Save big on tablets, TVs…