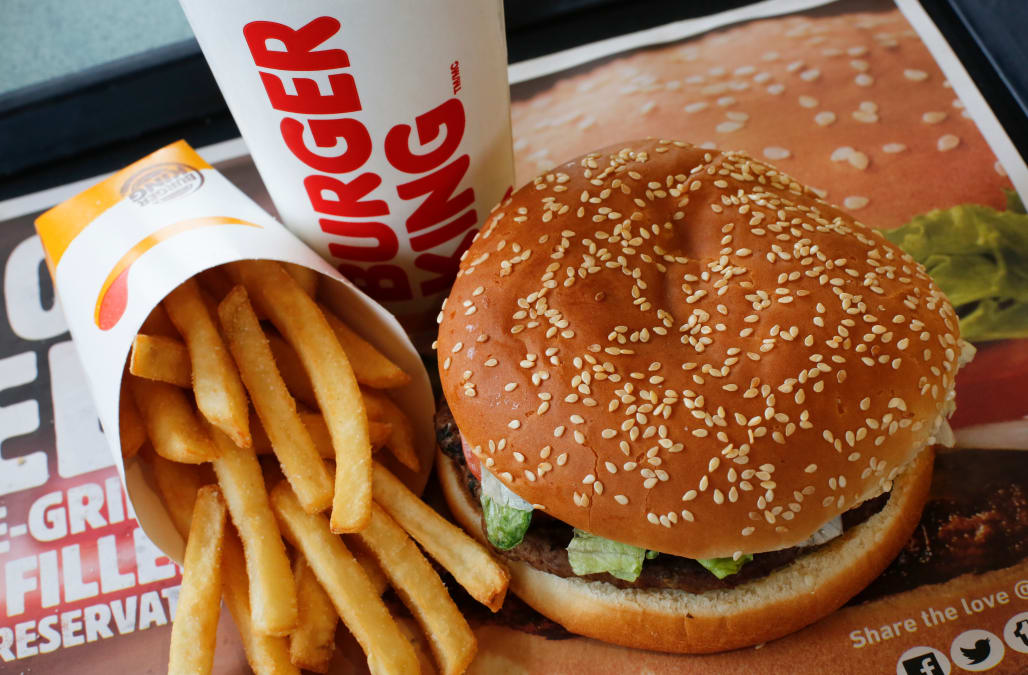 This Burger King bun may be the stuff of nightmares for more than one reason.

The fast food giant is launching a green-bun sandwich for Halloween that the company claims has been scientifically proven to cause nightmares. Hopefully the forest-hued bread won’t also haunt customers the way Burger King’s previous Halloween tinted buns did.

Back in 2015, the burger brand offered a Halloween Whopper with a black bun colored with A.1. Sauce that reportedly turned patrons’ poop bright green when consumed.

Burger King declined to comment on whether the new seasonal special — called the Nightmare King — is likely to inspire this unwanted side effect. But the chain did reveal that the green bun is made with “all natural coloring from watermelons.”

It’ll be available at participating Burger King eateries for a limited time starting Monday and sell for about $6.39. Also, if you can’t make it to a BK branch, the delivery service Postmates will offer free delivery for the spooky sandwich from Oct. 22 through 25 with the promo code “scarygood.”

Burger King teamed up with Florida Sleep & Neuro Diagnostic Services, Inc. to conduct a study for more than 10 nights with 100 participants who ate the Nightmare King before they went to bed. Researchers tracked different behaviors from the snoozing subjects including their heart rate, brain activity and breath to determine whether they had vivid dreams.

“According to previous studies, 4 percent of the population experiences nightmares in any given night,” Dr. Jose Gabriel Medina, a somnologist (sleep disorder specialist) and the study’s lead doctor, said in a statement. “But, after eating the Nightmare King, the data obtained from the study indicated that the incidence of nightmares increased by 3.5 times.”

Medina claims that the combination of proteins and cheese in the Nightmare King led to “an interruption of the subjects’ REM (rapid eye movement) cycles, during which we experience the majority of our dreams.”

Green and black aren’t the only offbeat bun colors Burger King has dished out.

In the spring of 2016, the Angriest Whopper — boasting a bright red bun — was rolled out for a limited time. The sandwich was loaded with a beef patty, bacon, cheese, lettuce, tomatoes, crispy onions, jalapeños, mayonnaise and spicy sauce between a fire-tinged bun with hot sauce baked into it.