The 12 least expensive (but most dazzling) European cities 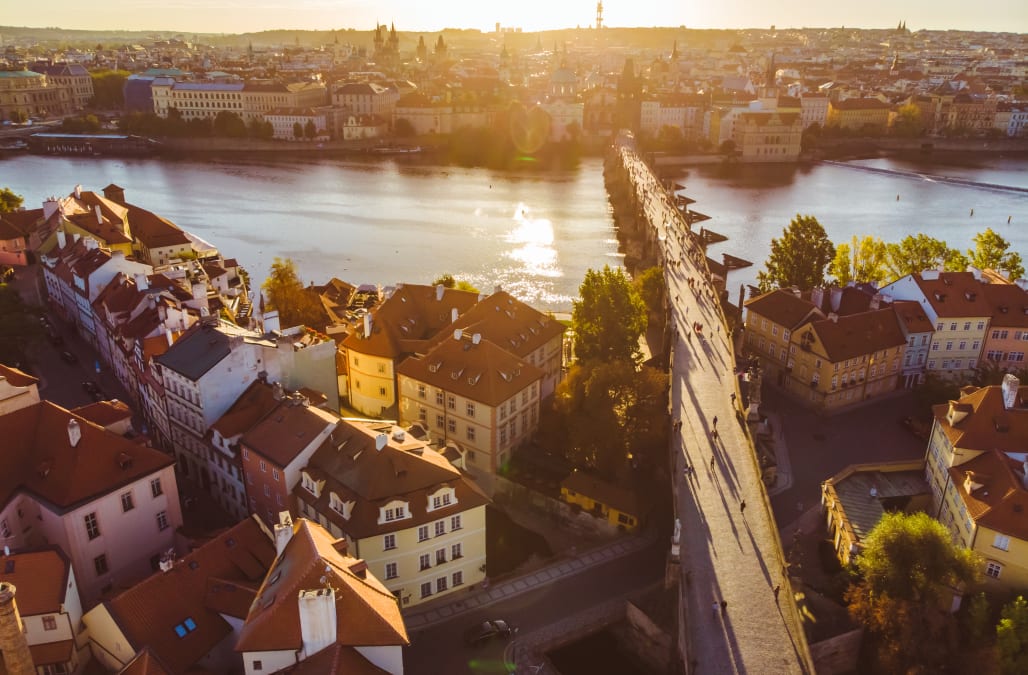 On a budget? Places like Paris and London are renowned for being pricey, but that doesn’t mean you have to rule out the entire continent. We polled travel pros to pick the top European cities for cost-conscious vacationers. From Brussels to Belgrade, these destinations deliver a memorable experience without breaking the bank. Ready, set, travel.

“Kraków is known for its architectural splendor and fascinating—at times painful—past,” explains Alexis Tiacoh, PR specialist at Expedia. Think: museums housed in medieval castles, opulent Renaissance palaces and the Ghetto Heroes Monument, commemorating the uprising of 1943. The historic central district is conveniently walkable with bargains galore. The city also has an exciting contemporary art scene and lively nightlife, and Kazimierz, the former Jewish quarter, now ranks up there with the coolest neighborhoods in the country.

Situated on the northwest coast of Portugal, this 2,000-year-old city charms with its beaches, UNESCO-listed landmarks, port wine and fresh-caught seafood. It’s also among the best bargains in Western Europe. Translation: Classy doesn’t come with the usual costs. (Seriously, this is a place where even fast-food joints have chandeliers. Don’t believe us? Google “McDonald's Praça da Liberdade.”) And you can check out most attractions—including São Francisco Church, Porto Cathedral and Palácio de Bolsa—for a small fee. Bonus: Public museums offer free admission on Sundays.

Whether you stay for a weekend or a month, Belgrade is one of those locales that stays with you. Its spirit is undeniable. Prices are generally low. Plus, the exchange rate between the U.S. dollar (USD) and Serbian dinar (RSD) is 1 to 100.41—which bodes well for your bank account. Beyond that, Serbia doesn’t see a huge influx of travelers outside of Exit, the major music festival in early July, so you don’t have to worry about crowds.

It’s easy to fall in love with Budapest. The aptly named City of Baths boasts 118 thermal springs and has a custom of “taking the waters” that dates back to Roman times. Day passes to the myriad heated spas start at $20. Beyond relaxation, the Queen of the Danube earns top billing in the romance department year-round, but especially during the holidays. Stop by the Christmas Market on Vorosmarty Square to stock up on artisan-made crafts and sample mulled wine, followed by a spin around massive the public ice rink.

RELATED: THE BEST FREE THING TO DO IN EVERY EUROPEAN CITY

In terms of a Eurotrip, Tallinn probably isn’t the first city that comes to mind—which actually means no inflated European tourist price tags. What you will find, though, are a wide range of cultural and scenic highlights—including impressively preserved medieval buildings and Seaplane Harbour. Its pedestrian-friendly core, Old Town, is a great jumping off point. The narrow streets are lined with eateries and fashionable stores, selling everything from hand-blown glass vases to traditional rum-based liqueur. To explore beyond the city center, rent a bike and take advantage of over 93 miles of cycling paths.

“Croatia’s cultural hub wins points for its art and architecture, much of which harkens back to the Austro-Hungarian Empire,” says Tiacoh. Zagreb also boasts more museums per capita than any other city in the world, along with numerous galleries and quaint coffee shops. In terms of transport, a day pass for the tram is $5. Alternately, you can rent a bike for a few bucks. After dark, the lights in Upper Town are an enchanting site to behold. All 214 gas lanterns are lit by hand each evening, as they have been since 1863.

Honored as the European Green Capital 2016, Ljubljana (pronounced "youb-blee-ahna") is known for its environmental awareness, sustainability initiatives and verdant landscape. This under-the-radar destination is a picturesque place to soak in the Slovenian culture, surrounded by distinctive architecture and natural beauty. Standouts include Tivoli Park and Ljubljana Castle. Folks with a sweet tooth won’t be disappointed. Cakes and pastries are ubiquitous. Take a break from sightseeing to grab a coffee and dessert at one of the outdoor cafés near the tree-edged river. Zvezda serves up homemade Sachertorte that are downright dreamy.

Berlin is edgy, dynamic and full of life. It's also one of the most open-minded places in Europe. People are liberal, accepting and eager to embrace all that is new and different. And there’s something for every type of traveler—from the iconic attractions (the East Side Gallery, Grunewald Forest and Berlin Wall Memorial to name a few) to the famed nightlife scene. Fun fact: The city is now hailed as the techno music capital of the world.

RELATED: THE BEST FOOD CITIES IN THE WORLD FOR VEGANS

Fairy-tale castles, graceful bridges, Gothic cathedrals and, of course, the medieval Astronomical Clock epitomize Prague. Visitors can admire the storybook ambiance simply by walking around Old Town. This area is also littered with garnet shops selling blood-red gemstones in every imaginable shape and size. After all this exploring, you’re bound to be a bit peckish. There are lots of local pastries, hearty dumplings and Czech beer to fill you up for cheap. Pro tip: Those who dare to brave the frigid winters are rewarded with great deals and magical seasonal festivities.

Brussels is accessible (and affordable) by train, making it a great day trip from London or Paris. If you want to stay over, the average nightly rate for Airbnb is just $90! The Grand Palace is among the most magnificent medieval squares in Europe. Plus, you can eat like royalty on a pauper’s budget. Chocolateries are everywhere. (Skip the tourist traps and venture to Leonidas for melt-in-your-mouth truffles and pralines.) Hungry for more? Gobble up fries and waffles from street vendors. And, yes, the beer is that good.

The best way to explore Bratislava is on foot. Tiacoh recommends purchasing tickets for a walking tour, a stellar and low-cost introduction to Slovakia's capital. An expert guide will take you to many significant landmarks such as Main Square, Old Town Hall and St. Martin's Cathedral. Speaking of economical, you can snag an Airbnb for $50 a night. Contemplating when to go? The fruit trees are in full bloom in the spring. Then again, skiing and ice skating make a case for visiting in the winter.

Truth be told, Ukraine has had a rough go of it—between WWII and more recent conflicts with Russia—but present-day Kiev is a safe and scenic choice for your next getaway. There are magnificent churches, bustling markets, live music and charming cobblestone lanes with significantly fewer tourists. And even the thriftiest folks will find the prices appealing. You can dine at superb restaurants, drink at hidden cocktail dens (order a shot of horilka, traditional honey pepper vodka) and stay at sophisticated hotels for a fraction of what you’d spend in other major holiday hot spots.

RELATED: 20 CITIES WHERE TRAVELERS GET THEIR BEST VALUE

More from PureWow:
The 5 best and cheapest places to travel to in September
The 20 best little lake towns in America
The 8 most underrated American road trips