Oklahoma woman claims she found mercury in her drink from Sonic 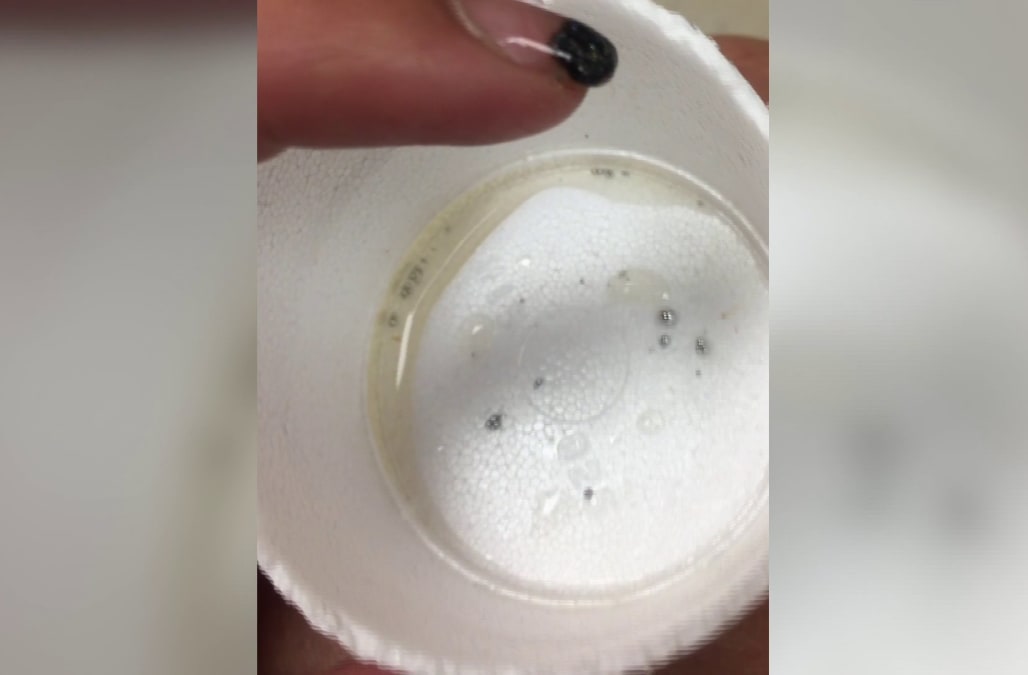 “So, halfway through drinking it, I noticed something strange in my mouth,” said Kyla Farris, who sent to the Lexington Sonic franchise on August 28.

“They just started multiplying and I felt them just sliding down the back of my throat and moving around towards the inside of my cheek and up around my mouth,” said Farris, who says she went to a nearby clinic right after she noticed the substance.

“My doctor looked at it and she was like, ‘man, that looks like mercury. I really advise that you go to the emergency room,'” said Farris, who then went to the hospital in Pauls Valley just after 6:33 p.m. that evening.

Records show she had blood work done, but no sign of mercury poisoning.

A sample of the substance was sent to a lab in Tulsa, but the lab told Farris more intense testing was needed.

She then drove the sample to the Oklahoma Department of Environmental Quality. On September 20, it came back positive for mercury.

“Honestly, I feel like they really need to take this serious and even maybe close down until they figure it out,” said Farris.

Bank records also show Farris was a customer at the Sonic franchise in question.

We reached out to Sonic and the company sent us a statement:

“Thank you for giving us the opportunity to respond to your inquiry regarding the SONIC Drive-In located at 802 East Broadway Street, Lexington, Oklahoma.

The SONIC franchisee who owns and operates this drive-in takes guest safety and food safety very seriously. Following a guest report of a foreign substance in a drink, the manager conducted a thorough inspection. The manager found no broken or missing equipment, nor anything resembling the substance, nor a potential source of the substance.

The franchisee contacted the Oklahoma State Department of Health and his insurance company to further investigate this situation. The health department inspected the drive-in on September 21 and found no evidence of a malfunctioning soda system or ice machine, nor was any potential contamination observed.

SONIC works hard to ensure every guest receives a meal that has been properly handled and prepared, and we have processes in place to address any food safety concerns. We take pride in being a good community partner, and we appreciate the trust and confidence our guests place in SONIC every day to serve them delicious and safe food.”

Meanwhile, Farris says she isn’t making up the mercury issue and wants others to be careful.

“I mean, I have children. Many people have children,” said Farris. “There’s elderly people. Anybody. It can make anybody sick.”