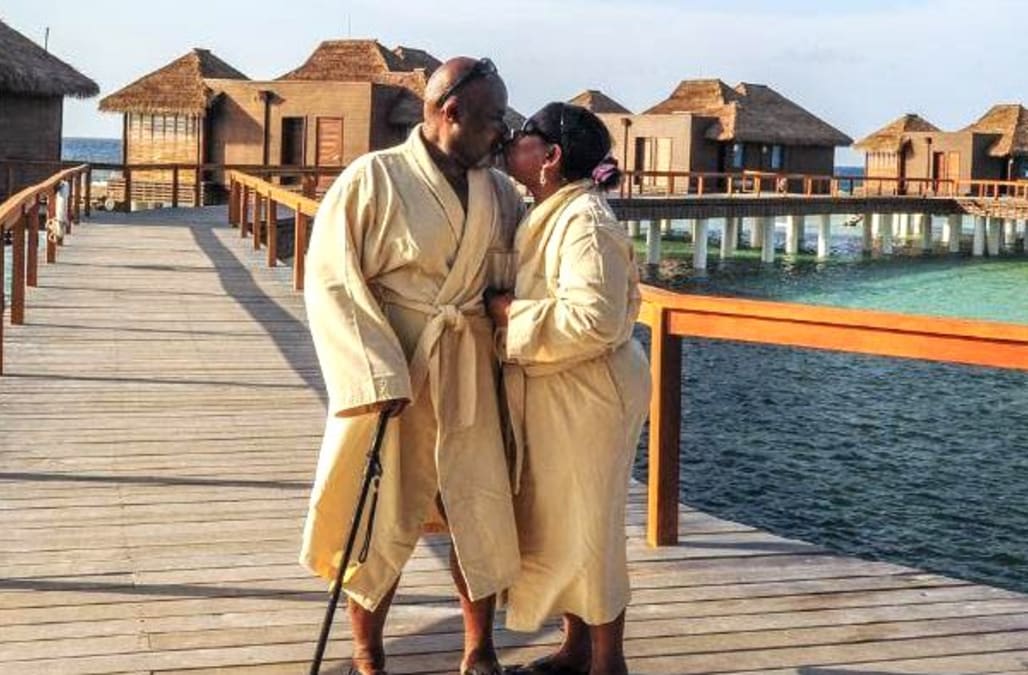 A beloved member of a university’s cleaning staff hadn’t visited his family living abroad in years — so the student body decided to do something about it.

It all started May 19 when a student posted on Bristol University’s “confession” Facebook page called Bristruths about Herman Gordon. “[T]he Jamaican cleaner in the med library is the jolliest man I have ever met, he makes me smile even when I’m in the deepest depths of revision or trying to be, if you want a reason to smile go talk to him for a min or two.” Soon thereafter, the idea to raise money to send the hardworking man to Jamaica for a vacation was floated and it didn’t take too long for a page to be set up.

“On behalf of the students at Bristol, we would like to thank you for all the positive energy you have given to us throughout the years,” a letter to Gordon read. “You have brightened many of our days and we want you to know that we love and appreciate you. We have come together to give you a special gift as our way of saying thank you. Have a lovely summer!”

A video of Gordon, who was described as “the epitome of happiness” on the fundraising page, receiving the gift was posted on Facebook and Twitter where it went viral. When Gordon saw the gift, he started crying. “When you see things like this, you know somebody loves you,” Gordon said in the video.

RELATED: Most heartwarming stories of the past year

Fast forward a few months, and the couple has returned from their epic trip this week. “We’re delighted to say that Gordon loved his holiday at a five-star resort in Jamaica along with his wife Denise,” Bristruths posted Tuesday.

Still in good spirits, Gordon told Bristruths, “God bless you all. Everybody will see this and think that I’m a trillionaire.”

Not only did the Bristol University students give Gordon an incredibly gracious gift, but they inadvertently and indirectly raised money for a mental health charity. “All the money raised from licensing the video has been donated by Bristruths to Mind in recognition of their work on mental health issues.”