Chip Gaines’s fans are up in arms over the way he cuts cornbread…yeah, seriously 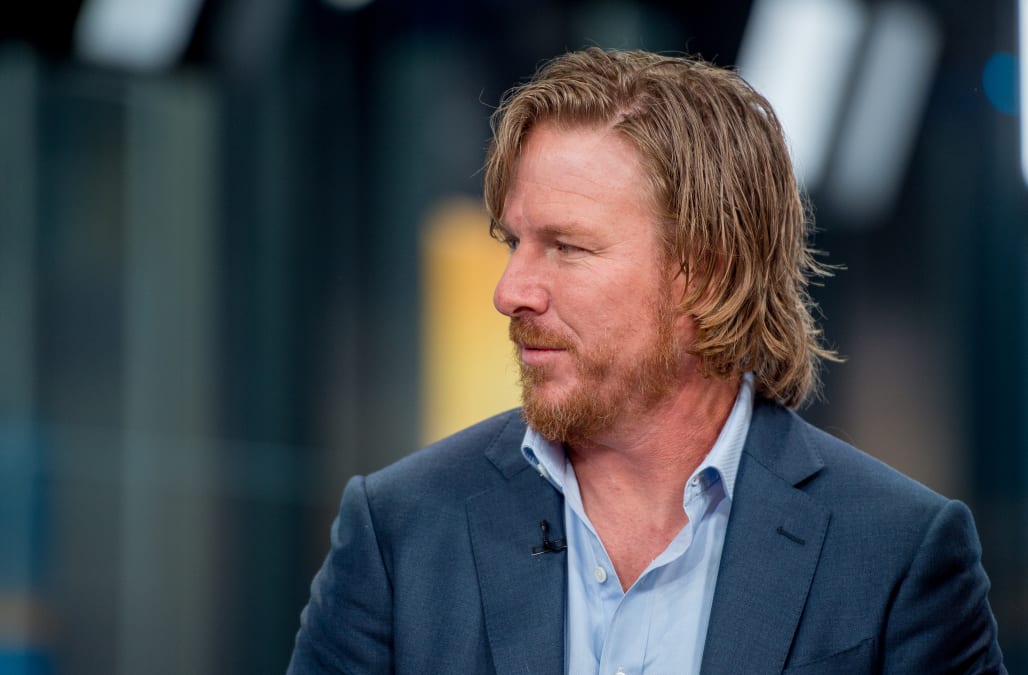 Chip Gaines is no stranger to high jinks, but his latest stunt has left the internet completely divided for reasons we can’t quite comprehend.

It all started when Gaines made a dad joke about accidentally placing baby Crew’s car seat on the oven.

The Fixer Upperstar wrote, “If you’ve read my book #CapitalGaines you know I’m NO child safety specialist, but even I know this can’t be a good place for a car seat.”

Instead of laughing at his dad jokes or raising concern about Crew’s safety, fans immediately turned their attention to a nearby Pyrex. Some asked if it was filled with cornbread, some wondered if it was cake, but all agreed that serving from the middle is just plain strange.

One impassioned fan wrote, “Who cuts cake like that? It’s just wrong!” Another complained that it was going to give them “bad dreams.” Others applauded his ingenuity, calling him a “rebel” and encouraging him to keep being himself.

Some even suggested it was a “publicity stunt.” For what? We can’t be sure, but it’s likely just a pan that found itself in the wrong place at the wrong time.

In short, let Gaines eat cake (or cornbread) in peace.

20 PHOTOS
HGTV stars before they were famous
See Gallery

HGTV stars before they were famous

"Fixer Upper" stars Chip and Joanna Gaines look just as in love now as they did back then. This is one of the couple's engagement photos from over a decade ago.

Ok, Chip Gaines was quite a looker in his younger days. Anyone else agree?

And here's another one from Chip and Jo's wedding day. We want more pictures!

Stop the cuteness! The "Property Brothers" stars Drew and Jonathan Scott have grown up into such handsome men.

Back where it all started! Drew Scott dressed up and looked spiffy for his high school graduation.

The Scott brothers with their infamous third sibling, J.D.

We love Jonathan Scott as a scrawny teenager. We don't think he'd be caught in this outfit these days.

Genevieve Gorder, host of "Dear Genevieve," was such a cute 7 year old.

Carter Oosterhouse, star of "Carter Can," was living his best life in the '70s with some pals.

Sabrina Soto, star of "The High/Low Project," was all smiles with the Easter bunny.

This photo of Scott McGillivray shows less skin (so seriously what's the point?!) but it did have us feeling nostalgic for frosted tips.

Wowza! Scott McGillivray from "Income Property" posted this shirtless photo from back in the day -- and it definitely made his followers happy.

I’m extremely lucky to have so many strong, incredible women in my life - including these two... my beautiful mom and my superwoman fiancé, @_lindaphan. ♀️ 💪🏻 #InternationalWomensDay #IWD2018 #TBT
Having been brought up in a loving, supportive household...I’m thankful I was raised to admire and respect women #happyinternationalwomensday #respect #equality #tbt
Up Next

RELATED: Chip Gaines Fangirling Over Joanna Outside of ‘Today’ Will Make Your Day

More from PureWow:
Ina Garten just shared a recipe from her upcoming cookbook (and it's genius for a heat wave)
Meghan Markle is banned from eating *this* food while traveling with the royal family
Target’s wine cubes are $18 and hold 4 bottles of wine