How to spot bed bugs in your airplane seat 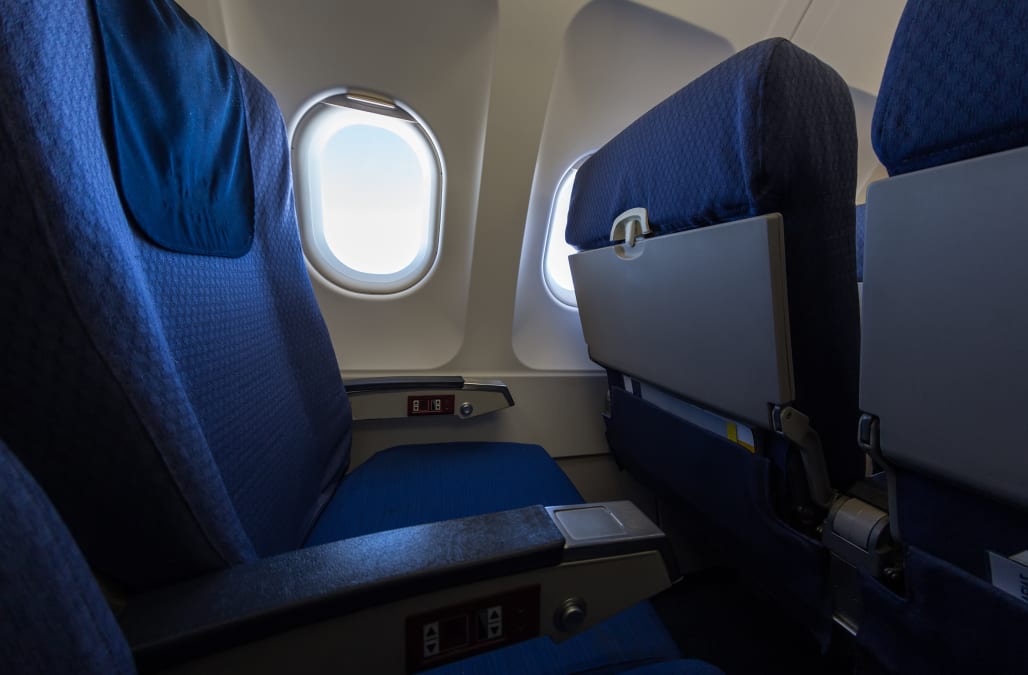 While you may regularly inspect your hotel room for bed bugs, learning that these icky pests in your airplane seat might be news to seasoned jet-setters. But it happens more often than you think: A Canadian woman and her seven-year-old daughter ended up covered in bed bug bites after a recent British Airways flight.

Thankfully, you can take precautions to avoid becoming a bed bug’s next meal—starting with a close inspection of your seat cushion. Because bed bugs thrive at night while you sleep, you are more likely to find them on overnight and international flights. Some of the most common clues of a bed bug infestation include fecal stains, eggs, or even full-sized bugs near the cracks and crevices of the seat back cushion. You also might develop “itchy red bumps or a hive-like rash,” according to Jody Green, MD, an urban entomologist at the University of Nebraska-Lincoln. Here are more warning signs of bed bugs.

That said, “it may be tricky to identify a bed bug because of the different sizes and coloration based on age and feeding status,” Dr. Green says. As a good rule of thumb, she says most bed bugs are reddish-brown, flat, and oval-shaped. Their sizes can range anywhere between a poppy seed and an apple seed.

Just because you can’t see any bed bugs doesn’t mean they are not there, though. To protect yourself from bites, cover any exposed skin with long pants and closed-toe shoes. Wrapping your carry-on luggage with a plastic bag or another type of sealed case can prevent hitch-hiking critters, too.

If you do manage to make it home with no bed bugs in sight, you are not off the hook quite yet. Beg bugs can’t fly or jump, so they often stow away inside of suitcases and backpacks. Unpack your luggage outside after a flight, inspecting your items one by one for any sign of bed bugs. And to do away with any hidden pests, Dr. Green suggests washing and drying all of your blankets, pillows, and clothes on high heat for 20 to 30 minutes.

Still, don’t let a fear of bed bugs keep you from sitting back and relaxing at 35,000 feet. Frequent fliers can rest assured that it “would be quite rare to have a high-level infestation on an airplane these days due to the sanitation schedules of airlines and the awareness of these blood-feeding hitchhikers,” Dr. Green said. Check out the 16 secrets bed bugs don’t want you to know, but are crucial for keeping them at bay.

See the latest in plane renovations

In 2018, planes updated during Phase one will get LED mood lighting and new overhead bins.

The Phase update also features a 10.1-inch HD touchscreen, 100 channels of live TV, and a large selection of on-demand programming.

The seats updated during 2018 get adjustable headrests, a dedicated water bottle holder, and in-seat power supply.
Starting in 2019, Phase two will see the addition of next-generation seats that deliver an extra inch legroom. According to JetBlue, they are the widest economy seats in the industry at 18.4 inches.

The Phase two seats will also water bottle holders and mesh storage units in addition to the traditional seatback pocket. The power plugs have also been moved to face the passenger.

Phase two planes also get a suite of new tech goodies. This includes a 10.1-inch HD touchscreen with picture-in-picture capability running an Android-based operating system. The system offers expanded TV, movie, and audio options as well as destination-specific content. Passengers will also be able to use their smart devices as a remote control.
Up Next

More from Reader's Digest:
How to survive a plane crash, according to science
11 things you can still get for free on an airplane
Walt Disney reveals just how Disneyland was created in rare interview