This is what Trader Joe’s shoppers can’t stop buying 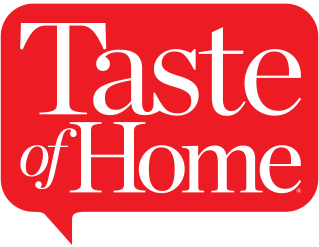 If you’ve ever shopped at Trader Joe’s, you have a favorite product you can only get at the popular value grocery chain. Shouts of, “Cookie Butter!”, “Everything But the Bagel Seasoning!” and “Just Mango Slices!” come from loyal customers when asked about their go-to items. One product on store shelves has won the top spot at the Customer Choice Awards two years running.

Mandarin Orange Chicken is beloved by Trader Joe’s shoppers. The award-winning dish can be found in the freezer section. One thing that makes the Mandarin Orange Chicken so special is its packaging: the chicken and sauce are packaged and prepared separately to be combined right before serving. Adding the sauce at the last second before chowing down ensures you never get a soggy nugget, unlike other frozen orange chicken options.

Trader Joe’s premiered this popular product all the way back in 2004. In a company blog post, a little of the chicken’s mystery was revealed, “The secret to Trader Joe’s Mandarin Orange Chicken’s success is in its simplicity, really.” Customer’s love it when dinner is kept simple and delicious!

Since its arrival in our stores 14 years ago, Mandarin Orange Chicken has risen to mythical status, and become an icon of our famed freezer section. (Our Customers voted it ‘Favorite Overall’ #traderjoes product again—link in bio, in case you missed the list.) In honor of our beloved ‘bake & serve’ dish, we thought we’d show you our favorite way to prepare it... — #orangechicken4dinner2nite

A video posted to the corporate Instagram account shows that skipping the microwave preparation yields chicken that is even crispier and more enjoyable. Simply heat the frozen chicken in a 400-degree oven, warm the sauce on the stove top, and toss the two together before serving. If you’re feeling really fancy slice some green scallions to use as a garnish with a pop of color.

The Trader Joe’s Instagram account is also a source of inspiration for your grocery list! Don’t forget to pick up these affordable products on your next shopping trip.

RELATED: Secrets from the chain you never knew about

Trader Joe's secrets you never knew
1. The best days to shop are in the middle of the week. You should avoid weekends at all costs if you’d prefer your shopping experience to be less crowded.
2. The best time to shop is early morning, right after they open, or late in the day, right before they close. Avoid after work and lunch time. One Domino editor walks into the Upper West Side store 15 minutes before closing; they close the doors while you’re shopping, so you know a limited number of people will be there.

3. There is no giant stockroom. What you see is what they have. All Trader Joe’s stores get multiple delivery trucks per day, so the stock should be consistent no matter what day you shop. Plus, this means everything is always super fresh—all produce arrives the day before it hits shelves or the day of. “We call it ‘truck to shelf,’” says the manager. “You know that bag of spinach hasn’t been sitting in a box in the back for five days.”

4. You can try basically anything you want. “Short of grilling up a raw steak, we’ll let you try anything,” says the manager. “We’d rather have you open it in the store than take it home and be disappointed.” So if you’re deciding between the three-seed sweet potato crackers and the three-seed beet crackers, just ask for a taste test and a crew member will open the packages for you.
5. You can return anything, too. And you’ll get your money back: “We’ve had customers return a bag of popcorn with one kernel in it, or a bar of chocolate that clearly sat in the sun for six hours.” Sure, the manager admits that there is a tiny percentage of customers who might take advantage of this, but most people are simply happy that it’s an option.
6. Trader Joe’s has super high standards for anything it puts its name on. Anything that has the TJ’s private label (close to 85 percent of the store) must be free of high fructose corn syrup, GMO ingredients, hydrogenated oils, MSG and artificial colors, flavors and preservatives.
7. Don’t sleep on the prepared frozen foods. According to our source, the macaroni and cheese is far and away the best frozen mac ’n’ cheese available, while the mandarin chicken is a national bestseller. While most frozen foods have a long list of hard-to-pronounce ingredients and preservatives, you won’t find that at TJ’s because of the private label standards.
8. Crew members live for the limited edition items. These are the most coveted of products. Last year, they had a super-limited (one case per store) stock of Geisha coffee that sold out almost instantly, and right now, they have a coconut-soy wax grapefruit candle that you should snatch up ASAP.
9. Employees try literally everything. Crew members want to be able to make recommendations and tell you what something tastes like, so they make a point to taste everything. They also get a confidential bulletin each week from the corporate office that tells them what’s coming so they can prep in advance.
10. Dietary restrictions are super easy to accommodate. If you’re vegan or gluten-free and unfamiliar with the products, a crew member will walk you around the store and show you every item that you can eat. They also have guides on their website that list every product for those following a vegan, kosher or gluten-free diet.

11. If you don’t like something, let them know. Trader Joe’s really, really values customer feedback. “We always say customers vote with their dollars,” says the manager, but you can also give feedback to any crew member in-store and through the website. If a new product doesn’t sell, or an old favorite stops selling, it will be discontinued, so instead of just ditching those cheese puffs because they aren’t cheesy enough, tell your local store how your go-to snack could be improved.

Case in point: TJ’s received feedback that their dish soap wasn’t sudsing up enough, so they reworked the product and just released version 2.0.

12. Crew members really just want to make you happy. Honestly, they’ll pretty much do anything for you. TJ’s does not have a produce counter, but they will slice up that butternut squash for you nonetheless (the sample station makes a great makeshift chopping place).
13. You can have your groceries carried to your car. “No one takes advantage of this enough!” says the manager.
14. All of the produce bags are compostable. They may look like plastic, but they are actually an eco-friendly alternative.
15. All of the toiletries and beauty products are actually name brands. Trader Joe’s orders their products from manufacturers of brands you know and love, but they are notoriously secretive about who the suppliers are (last year, Eater uncovered some of the names behind a handful of snacks).
16. Trader Joe’s doesn’t advertise. Aside from the daily flyer email, and possibly a couple radio spots, you won’t see much marketing for the stores, which lets the company keep prices low.
Up Next

Orange “chicken” is for vegetarians too

If you live a vegetarian or pescatarian lifestyle you may be sad to miss out on Trader Joe’s top product. But there is no need to worry a chicken-less, soy-based option is also available in the freezer aisle. The same tangy sauce and crispy breading with none of the chicken.

When customers proclaimed Mandarin Orange Chicken their favorite once again, the company decided to let shoppers on the secret to the best possible preparation.

If you can’t make it to Trader Joe’s but all this chicken talk has you craving a bowl of orange chicken, try our recipe for dinner tonight!

More from Taste of Home:
The reason why professional chefs love Costco beef
10 cheap BBQ ideas you should try this summer
Queen Elizabeth always travels with this cake