Meat and Greet: How to prepare a perfectly patriotic burger this Independence Day 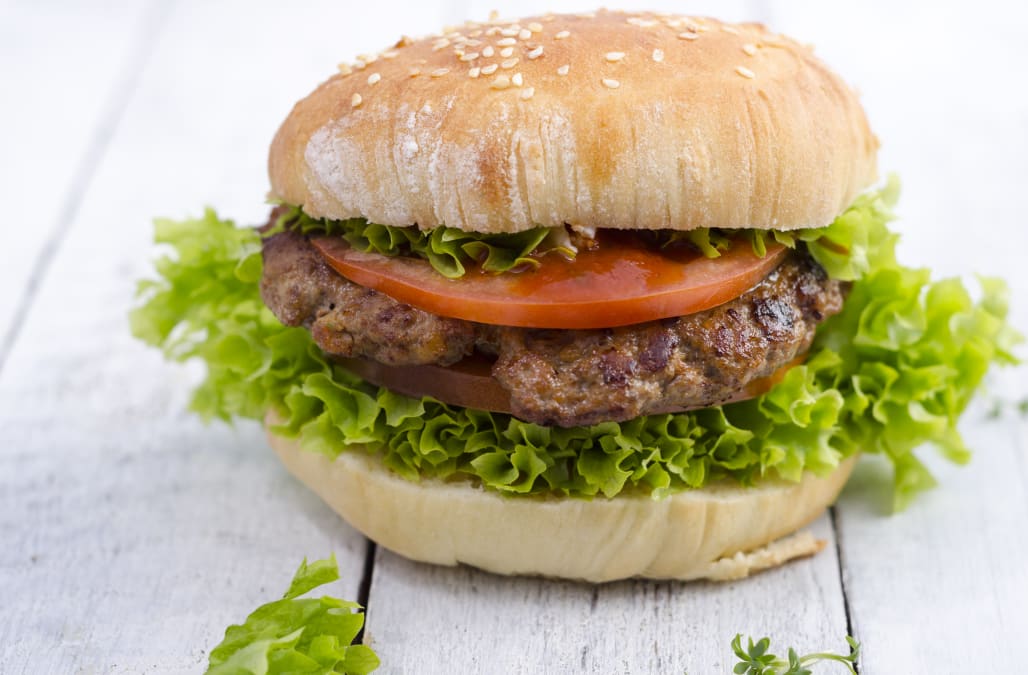 The hot July sun will wear anyone out, and whether you spend the day at the beach or on a back porch this Fourth of July, heading indoors for a fresh juicy burger is sure to help you last through the fireworks.

George Motz is a hamburger expert who's penning a book titled "Hamburger America." He shared his tips with Inside Edition for how to make a flawless burger. Motz said that, contrary to popular belief, the juiciest beef patties are cooked indoors, and a few specific steps should be taken to make sure you get the savory taste just right.

Step 1: Make sure you grab the right kind of pan.

RELATED: You didn't know this about hamburgers

8 Things You Didn't Know About Hamburgers

How far back in history does the hamburger go?

The hamburger evolved from a long lineage of meat patty predecessors, going as far back as the times of Mongol emperor Genghis Khan. Khan’s horsemen would store flat patties made from meat scraps underneath their saddles, and after a day of battle the patty would be tenderized and ready to be eaten raw.

Who invented the hamburger?

There are competing claims for the creation the first hamburger, but the debate also lies in whether or not sandwiching a meat patty between two slices of toasted bread counts. The first hamburger on a bun could be attributed to Oscar Weber Bilby from Tulsa, Oklahoma, who served grilled Angus meat patties on homemade yeast buns at his Fourth of July cookout in the summer of 1891.

Another theory on the first hamburger

Others argue that serving hamburgers at a private party is like a tree falling in a forest with no one around to hear it.  For these historians, the story of the hamburger starts with the establishment of White Castle, the first hamburger chain, by Billy Ingram and short-order cook Walt Anderson in 1916.

Ingram developed a White Castle custom creation, a spatula made from saw-blade steel perfect for flattening patties, which is currently housed in a temperature-proof glass case at the Ohio State Historical Society.

How did McDonald’s start?

How long does it take to make a Big Mac?

It takes approximately 15 seconds to assemble a Big Mac. Don't believe us? You can watch the YouTube video here.

When World War I broke out, a hamburger was referred to as a “liberty sandwich” to erase its German roots.

What's in a vegetarian burger?

The patty of a vegetarian hamburger usually contains a vegetable protein like soy, other vegetables especially legumes such as chickpeas and beans, grains, seeds, nuts and spices.

What makes a veggie patty taste so meaty? A more processed soy protein leads to a chewy, meat-like texture, and flavor agents like vegetable oil imitate the "mouthfeel" of beef fat.

Motz uses his great-great-grandmother’s cast-iron skillet to grill his patty, and insists the key towards getting the salty flavor just right is to never wash your skillet with detergent. Just give it a little rinse.

When adding the heat, the proper pan means nothing if you don’t also select the right type of meat.

Motz said he relies on chuck every time to get the job done, thanks to the beef’s ample amount of fat.

Motz’ favorite kind of burger is the flattened, old-fashioned kind found in roadside diners, not the thick kind so many Americans seem to enjoy these days.

"This was actually designed to be cooked quickly," he said.

Once you have adequately smashed and flattened your patty down, Motz instructs that it’s best to let it sit for three minutes to soak up some salty flavor and allow it to garner a nice, caramelized crust.

After handing Inside Edition’s April Woodward his creation, she sure wasn’t disappointed.

"That's the best American burger I've ever had!" Woodward said.

With “nothing more than some beef, salt and cheese,” Motz believes this traditional,flattened burger is the tastiest one in the game.

Recipe by: An Edible Mosaic

Recipe by: Wit and Vinegar

Recipe by: Delicious From Scratch

Recipe by: The Effortless Chic

Recipe by: The Woks of Life

Recipe by: Cooking and Beer

Recipe by: Taste and Tell

Recipe by: The Usual Bliss

Recipe by: I Am Bornlippy

Recipe by: The Woks of Life

More from Inside Edition:
Alleged Carjacker Shot by Woman as He Tries to Drive Away With Her Kids: Cops
Thailand Cave Rescue: Navy Diver Dies While Delivering Oxygen
Connecticut Man Doubles His Winnings After Accidentally Buying 2 Lotto Tickets With Same Numbers