Camilla, Duchess Of Cornwall, just admitted this one food is a ‘no-no’ for royals 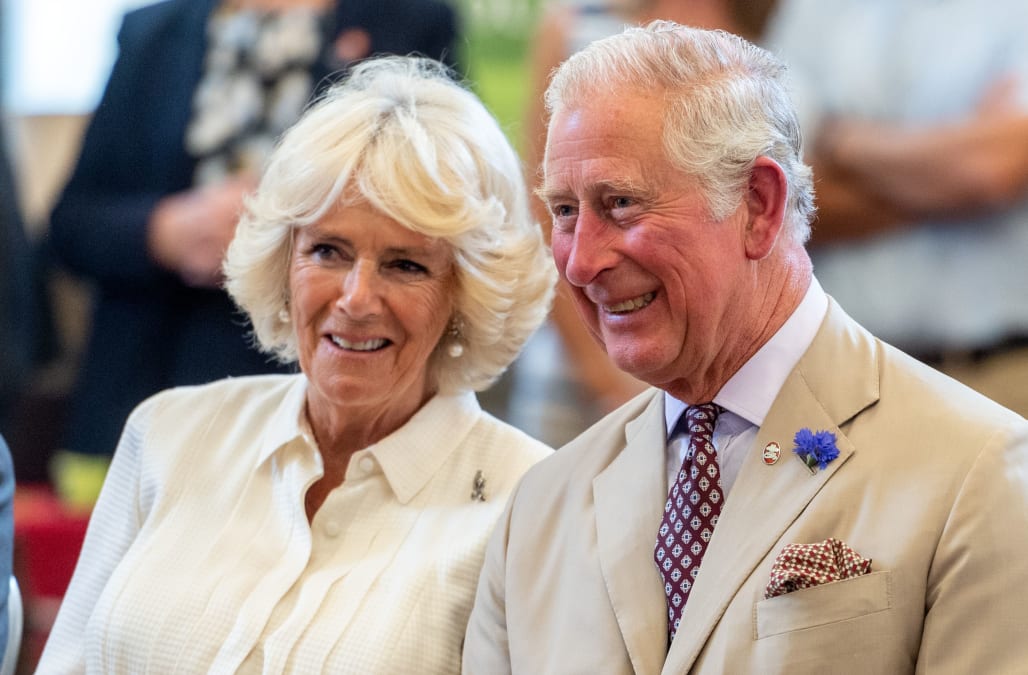 Camilla, Duchess of Cornwall, recently made an appearance on “MasterChef Australia” and revealed a few royal food preferences ― including the one ingredient she never wants to see at a royal event.

“I hate to say this, but garlic. Garlic is a no-no,” the duchess said.

“So garlic is a no-no?” Gary Mehigan, a judge on the show, asked. “Because you’re talking, chatting?”

“Yes, exactly. So you always have to lay off the garlic,” Camilla answered.

However, Camilla’s advice might have just been an act of diplomacy, as it’s widely known that Queen Elizabeth II doesn’t like garlic, which may hinder chefs from using the smelly (but delicious) ingredient.

THEY MUST ACCEPT ALL GIFTS GRACIOUSLY

While the royal family has to accept every gift that they receive (even if it’s something super lame), it’s up to Queen Elizabeth who gets to keep which gift.

PRINCE PHILIP IS REQUIRED TO WALK BEHIND THE QUEEN

Since their marriage, Her Majesty’s husband must walk a few steps behind her at all times. Who run the world?

Members of the royal family are expected to dress modestly and never overtly casual. (Serious question: Can you imagine a life without sweatpants?) That doesn’t mean that they can’t have some fun, though.

According to the Royal Marriages Act of 1772, royal descendants must seek the monarch’s approval before proposing. (Ahem, Harry and Meghan.)

RELATED: THE 9 ROYAL WEDDING TRADITIONS WE CAN EXPECT TO SEE WHEN HARRY AND MEGHAN TIE THE KNOT

That’s in case something tragic were to happen. Once Prince George (who is third in line to the throne after Prince Charles and Prince William) turns 12, he will have to fly separately from his dad.

AND THEY ALWAYS TRAVEL WITH AN ALL-BLACK ENSEMBLE

The royal family is nothing if not prepared. A respectable all-black outfit is packed with them on their travels in case of a sudden death and they must attend a funeral.

PDA IS FROWNED UPON

Although there is no formal law that forbids future monarchs from showing affection, Queen Elizabeth II set a precedent that encourages royals to keep their hands to themselves. Which is why you rarely see Prince William and Kate Middleton smooching in public, or even holding hands. Prince Harry and Meghan Markle, on the other hand, are not under as much pressure to adhere to this protocol.

Members of the royal family are not allowed to vote or even publicly express their opinion on political matters.

WHEN THE QUEEN STANDS, SO DO YOU

And don’t even think about sitting until Her Majesty has done so.

Even if the throne is from the Seven Kingdoms.

THEY LEAVE THE TABLE DISCREETLY

If a royal must use the restroom during a meal, they don’t announce it to the table. Instead, they apparently simply say “Excuse me,” and that’s that. (If only your toddler would do the same.)

YOU MUST ADDRESS ROYALS PROPERLY

THERE ARE NO AUTOGRAPHS OR SELFIES ALLOWED

So put that selfie stick away.

TIARAS ARE ONLY WORN BY MARRIED WOMEN

No ring? No tiara.

This isn’t a requirement, but a wise rule that many royals, including Queen Elizabeth, adhere to because of the increased likelihood of food poisoning.

RELATED: YOU WON’T BELIEVE THE DELICIOUS FOODS THE QUEEN FORBIDS FROM THE ROYAL FAMILY’S DIET

While the official website for the British Monarchy says that there are “no obligatory codes of behaviour when meeting the queen or a member of the Royal Family,” it also states that many people wish to observe the traditional forms. That means a neck bow (from the head only) for men and a small curtsy for women.

WHEN THE QUEEN FINISHES EATING, THEN SO MUST YOU

Dining with royalty? No extra portions for you.

THE QUEEN SIGNALS WHEN A CONVERSATION IS OVER

If you see Her Majesty move her purse from her left arm to her right, then it’s time to stop talking. That apparently signals to her staff that she’s ready to move on.

SIX RAVENS MUST LIVE AT THE TOWER OF LONDON

According to legend, at least six ravens must remain at the giant fortress or else the monarchy will fall. But no one actually believes that, do they? Well, apparently so, since there are indeed seven (one spare) birds living at the Tower currently.

This tradition started with Queen Victoria and continued with the Duchess of Cambridge's marriage in 2011. This pretty flower symbolizes good luck in love and marriage. Aww...

RELATED: 14 OF THE MOST STUNNING ROYAL WEDDING DRESSES OF ALL TIME

THEY’RE NOT ALLOWED TO PLAY MONOPOLY

When the Duke of York was presented with the board game, he revealed that it’s forbidden in the royal household because “it gets too vicious.” Royals—they’re just like us.

“We can never serve anything with garlic or too much onions. The Queen would never have garlic on the menu,” Darren McGrady, a former royal chef, told the Sunday Express last month.

But if any current or future royal chefs are asked to cook for Prince Charles, Camilla offered some helpful suggestions.

“He loves, loves local cheeses,” the duchess said on the show. “He’s a huge cheese fan. Anything to do with cheese, he will love.”

Camilla added that her husband also liked “anything with eggs, with a bed of a lot of local vegetables.”

Now if only we could get that roasted chicken recipe Prince Harry and Meghan Markle were making when the prince proposed to the future Duchess of Sussex. Sounds like a recipe for success!

RELATED: Camilla over the years

Royal news doesn’t stop at the wedding. Subscribe to HuffPost’s Watching the Royals newsletter for all things Windsor (and beyond).

More from HuffPost US:
Brian Windhorst Knows More Than He Can Say On TV
Trump Gets Rid Of Immigrant Soldiers
Will Smith And Jada Pinkett Smith Don't Use The Term 'Married' Anymore

This Le Creuset grill pan is almost 50 percent off