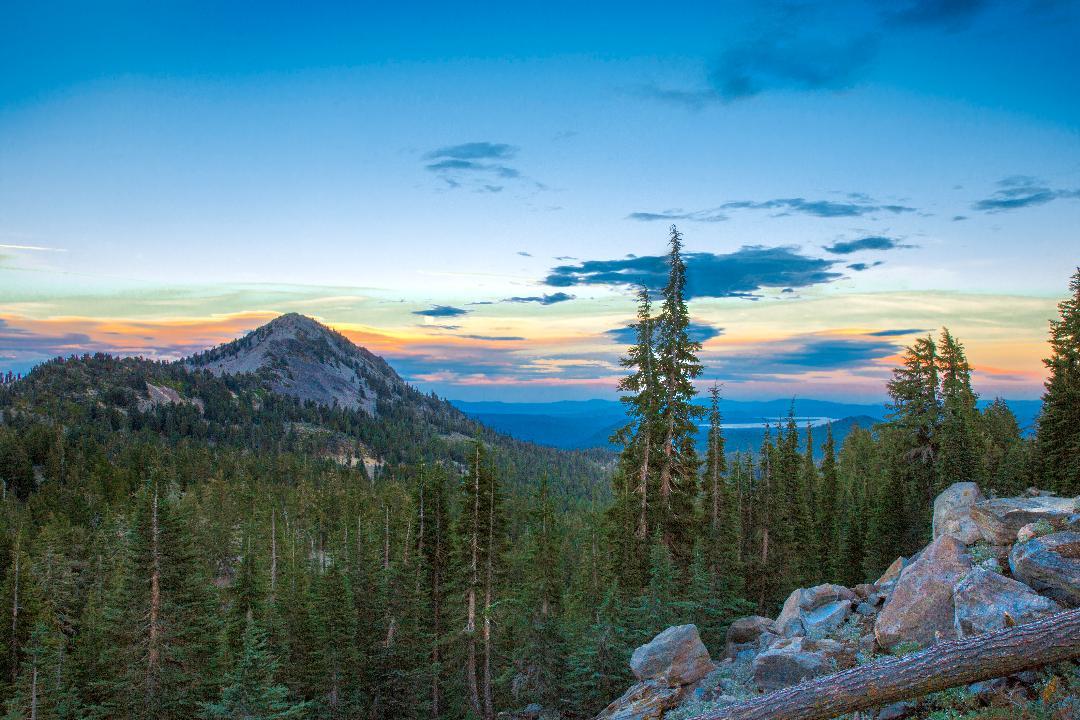 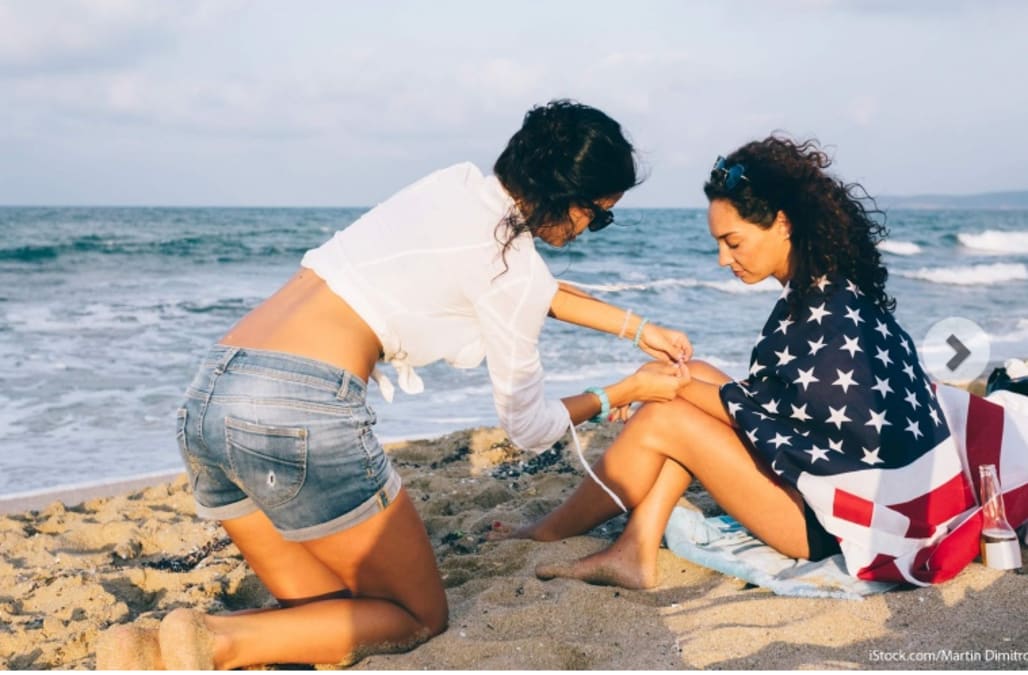 The National Mall in Washington, DC, typically draws around 700,000 people every year for fireworks and fanfare on the Fourth of July. But if the idea of such crowds leaves you claustrophobic, there are plenty of travel options for those who want to avoid packed patriotic spots to celebrate Independence Day at an off-the-grid destination.

You don't need to leave electric power and pavement behind to find a fun, undiscovered place to spend the summer holiday. Whether you want to stay stateside or spend America's Independence Day in an international locale, here are 10 inspirational ideas.

Scroll through to see off-the-grid travel ideas for Fourth of July:

So you want to avoid the Fourth of July masses, but you'd still like to celebrate the holiday properly. There are several undiscovered U.S. destinations that offer a fun, patriotic getaway without the crowds. Consider booking your Independence Day weekend travel to one of the following locations.

If you're looking to escape the crowds, Montana could be a good choice. ‘Northwest Montana is off-the-beaten path, yet is a world-class destination for road trippers, cyclists, hiking, backpacking, golfing, boating and fishing, horseback riding, skiing and more,” said Katie LeBlanc, marketing coordinator for Swan Mountain Outfitters in Swan Lake, Mont. "Glacier National Park is the biggest draw, but our towns in the Flathead Valley satisfy any niche desire.”

For example, Livingston hosts a Fourth of July fireworks show and festival. Travelers who really want to get off the grid can go to Polebridge, which supports a wintertime population that hovers around 25, but hosts a quirky annual Independence Day parade that draws many more to the tiny town just outside Glacier National Park.

Accessibility and more: Many people traveling to Northwest Montana drive or fly in to Glacier Park International Airport. Once there, a number of outfitters offer fishing, hiking and hunting trips. Swan Mountain Outfitters offers an all-day trail ride and fishing trip for $295 a person, including lunch. Before you go, read up on wildlife safety and the effects of any area wildfires.

New Castle might have less name recognition than patriotic Pennsylvania hotspot Philadelphia, but it can make the claim to be the ‘fireworks capital of America” since it's home to two of the world’s biggest fireworks manufacturers — Pyrotecnico and Zambelli Fireworks Internationale — and boasts an impressive annual Independence Day display.

‘New Castle also bears the name as the ‘Hot Dog Capital of the World,’ serving some of the first chili dogs brought here by Greek immigrants in the early 1900s,” said Emily Hemming, a spokesperson working with the Pennsylvania Tourism Office.

In addition, Arts on the Riverwalk will be held in conjunction with the annual New Castle Fireworks Festival on July 9 and features appearances by many visual and performing artists. This year’s event will include a Makers Fair, staged entertainment alongside an Artisan’s Market and other attractions.

Accessibility and more: New Castle is about 50 miles northwest of Pittsburgh. Admission to the fireworks and arts festival is free.

This town with a population of fewer than 700 is a two-hour drive west of Seattle and offers numerous options for hiking, golfing and boating. Situated on the Hood Canal, Union hosts a number of summer events, including the annual Thunder on the Canal celebration Sunday, July 3.

‘The event features an oyster-eating contest with oysters pulled right from the Canal, a local ukulele player, dancing and, of course, drinking and food," said Amanda Whitver, a spokesperson for Alderbrook Resort and Spa in Union, which sponsors the event. "But what really sets it apart is the fireworks show, which lights up the lake and picturesque mountains."

Accessibility and more: Thunder on the Canal is free to Alderbrook guests and $5 for others over the age of 12. There are currently no rooms available for July 3, but rates start at around $400 for Friday, July 1 and $500 for Saturday, July 2.

This Smoky Mountains locale ranked as one of the best small towns, according to Smithsonian magazine. With a population of about 1,400, Bryson City is centrally located for exploring the Great Smoky Mountains National Park and offers other outdoor activities, including whitewater rafting, kayaking, mountain biking, paddle boarding, fishing, horseback riding and zip lining.

‘For a small town, Bryson City likes to do things in a big way, and Independence Day is no exception," she said. "The celebration begins with the Rotary Club Firecracker 5K and then continues with local artisans and crafters, a full day of local music, festival foods and fun events, including a watermelon eating contest and a Hula Hoop-off."

Accessibility and more: Bryson City is about a three-hour drive from Atlanta or Charlotte. Once there, Freedom Train Dinner Ride rates start at $61 per person. Many other events are free.

This Ohio island has a few beautiful waterfront restaurants, colorful taverns and a variety of outdoor activities, including kayaking amid limestone cliffs and parasailing. Perry's Victory and International Peace Memorial above Lake Erie gives onlookers an unimpeded view of the U.S.-Canada border and a free Independence Day fireworks display.

‘On the Fourth of July, locals and visitors alike line the Put-in-Bay Harbor and the surrounding island shoreline while the harbor itself sees pleasure boaters,” said Ryan Whaley, a spokesperson for some area firms. ‘With nature providing the amphitheater and the community providing the massive fireworks display, it's the perfect setting for anyone looking to experience an unforgettable night without the massive crowds of a New York or larger city.”

Accessibility and more: Only accessible by boat or small plane, this island is tucked away from the mainland. The Miller Ferry offers an 18-minute ride between Put-in-Bay and Catawba, Ohio. The ferry costs $7 per person for a one-way trip, and it also accommodates cars and motorcycles.

Best Off-the-Grid Destinations Outside the U.S.

If you want to avoid the busy weekend entirely and try an international destination, there are many unforgettable vacations in the world to be had. Many travel companies offer package deals worth considering. These destinations could offer a different way to celebrate the Fourth of July this year.

Although this UNESCO World Heritage site isn’t off the grid in the conventional sense, it’s not your typical Independence Day destination. But with spring-like weather year-round, any time is a great time to visit the former capital city that’s rich in historical, cultural and culinary attractions.

Tour companies, including Intrepid Travel, offer a food-themed ‘Bite-Sized Break, Antigua” four-day tour, during which travelers visit a coffee plantation, explore the food market, have a meal with a local family and take a chocolate-making workshop at the ChocoMuseo, in between sightseeing and beachcombing on their own.

Accessibility and more: The closest airport to Antigua is in the country’s present-day capital, Guatemala City. From there, many companies operate tour buses that will take you to and from Antigua. Once there, the Intrepid tour includes three nights of accommodations and the activities mentioned above for $395 a person. Antigua is generally safe, but travelers should be aware of their surroundings when exploring on their own, according to Lonely Planet.

The Kalahari Desert covers about 360,000 square miles across parts of Namibia and South Africa, and encompasses most of Botswana. But just because you're in the desert doesn’t mean you have to rough it. San Camp, operated by Uncharted Africa Safari Co., is located on the edge of Botswana’s Makgadikgadi Salt Pans.

Powered entirely by solar energy to help minimize its environmental impact, San Camp is literally off the grid. Visitors can use it as a home base for safaris and fossil hunting, or as a place to relax far away from the sights and sounds of modern civilization.

Accessibility and more: Flights are available from several U.S. cities to Gaborone, Botswana. From there, an Uncharted Africa Safari Co. representative could suggest travel arrangements. San Camp’s nightly rate of $1,249 per person includes meals, drinks and many activities. San Camp is open during the area’s dry season, from mid-April through mid-October. In general, Botswana is a safe destination, especially if visitors observe recommended precautions in the wild.

‘In the month of July, the weather turns from hot to temperate as the winds pick up on the Southern Coast and the monsoon starts to dissipate,” said Chris Hellie, chief executive of Traveling Wonk. ‘Sri Lanka offers the traveler everything from culture and food, to active sports, such as world-class surfing, kite-surfing, fishing and hiking.”

Accessibility and more: There are flights from several U.S. cities to Sri Lanka’s Bandaranaike International Airport. Sri Lanka is generally safe for travelers, according to Lonely Planet. And July also represents an affordable time for vacations since the country’s peak travel season hasn’t started yet.

If you want to spend the Independence Day holiday learning something new, consider a surf school in Costa Rica. Kalon Surf features all-inclusive, seven-day packages starting at $2,490 for triple occupancy and $2,740 for double occupancy. About 90 percent of Kalon Surf’s visitors are from the U.S., and travelers appreciate its secluded location that offers mountain, jungle and Pacific Ocean views, said Kjeld Schigt, the school’s founder.

‘Our weeks run Saturday to Saturday, with lots of work outs, complemented by three-times a week Pilates and a massage on Wednesday,” Schigt said. ‘Our food is gourmet style, with lots of fresh ingredients, put together by an executive chef and utilizing sous-vide cooking.”

Accessibility and more: Kalon Surf’s rates include airport transfers from San Jose, which is accessible by direct flight from several U.S. cities. The surf school offers five days of surf coaching, with three to four hours a day of classes to keep guests safe on the waves.

One destination that isn't on many people's radar is a quick flight from the UK, according to Lonely Planet. "We spent time there this summer and were blown away by the incredible beauty of the lush, hilly countryside and rocky islands that comprise this unusual destination situated between Norway and Iceland,” said Jared Blank, chief marketing officer for deal website DealNews.

‘Add in world-class cuisine — imagine sushi restaurants that only serve locally caught fish and upscale dining on par with the scene in Copenhagen — as well as low-priced helicopter travel to get around the islands, and the Faroes are poised to be the next secret every traveler is trying to hide from their friends,” he added.

Accessibility and more: There are direct flights from Denmark, England, Iceland and Norway year-round, as well as ferries from Denmark. Several companies, including GreenGate Incoming Ltd., offer tours. Its Best of the Faroe Islands 10-night tour includes a round-trip flight from Copenhagen and starts at about $1,850 per person for double-occupancy accommodations.

More from GOBankingRates:
12 Hidden Expenses to Watch Out for When Vacationing in Mexico
30 Summer Solstice Deals and Freebies
4th of July Travel Alternatives for Families Who Want to Unplug