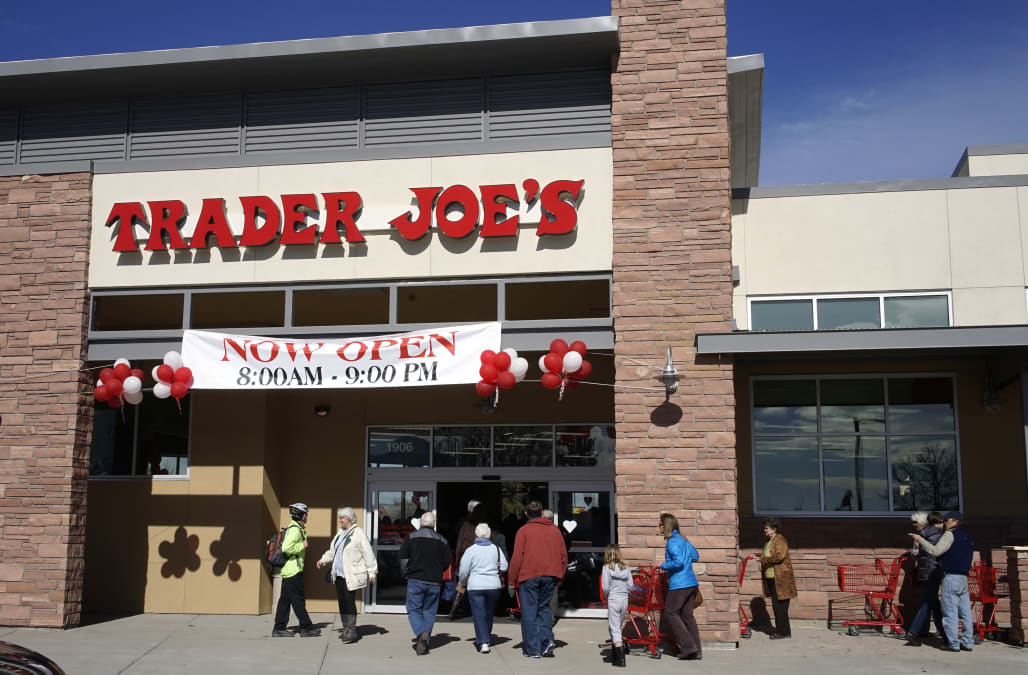 As the name suggests, the wine, available in red and white varieties, only cost $1.99 when it hit shelves in 2002. Prices have increased slightly (you need to dish out as much as $3.79 in states with higher taxes), yet sales have remained strong. Trader Joe’s sold more than 800 million bottles of the label in 12 years, CNBC reports.

Exactly how the store can maintain such low prices doesn’t have a simple, painless answer. In fact, the whole ordeal was quite painful for Charles Shaw, the founder of the wine label. He told Thrillist that he moved his family to Napa, California, to start a winery in 1974. Less than ten years later, he charged $13.50 per bottle, put out 15,000 cases of wine annually, and won international awards for his products.

But by the early ‘90s, the business was suffering greatly. A supplier used the wrong type of wax for Shaw’s wooden barrels, tainting 1,400 barrels of wine, and Shaw signed off on a deal to double the production of Burgundies that flopped. Shaw lost millions, and his wife divorced him. (Rumors swirled that Shaw cut wine prices to spite his ex-wife, but these are false.) He filed for bankruptcy and ended up selling the vineyard and trade name to Fred Franzia, owner of Franzia and Bronco wines, for $27,000. Here are 11 more secrets Trader Joe’s employees want you to know.

The irony is, Charles Shaw didn’t even set the price that brought his once-prize-winning wine to cult fame as Two Buck Chuck. Franzia did, thanks to a sudden surplus of grapes and inexpensive production costs. According to Snopes.com, a sudden economic downturn and the effects of September 11, 2001, on businesses left vineyards with an oversupply of wine that sold for less than the cost of production. After acquiring the Charles Shaw label, Franzia decided to sell the surplus at extremely low prices anyway, and the gamble paid off.

Bronco Wine’s low production costs help keep Charles Shaw prices low, Business Insider reports. Many of the company’s vineyards are in San Joaquin Valley, where higher temperatures over-ripen grapes and contribute to a lower cost of land. The wine is then fermented in oak chips, as opposed to oak barrels like most other wines, stored in lightweight bottles, and corked with “one of the cheapest forms of natural cork.” On top of that, Bronco continues to make huge quantities of wine—more than 90 million gallons a year. Machines harvest the grapes to lower labor costs, although critics argue this is unsanitary because bad grapes and animal matter (and animals themselves) could be mixed in as well. Franzia responded to these claims, telling CNBC: “If you worry about things like that, you shouldn’t eat anything, you shouldn’t drink anything. When the wine’s fermenting, they’re going to eliminate anything that’s possibly there.”

Who could have guessed that a product that brings such joy would have a history so bleak? Regardless of how it ended up on Trader Joe’s shelves, customers can rest assured that Two Buck Chuck isn’t going anywhere anytime soon. But that’s not the store’s only great deal. Check out these cheap things you should only buy at Trader Joe’s.

More from Reader's Digest:
The real reason Costco’s pizza is so delicious
10 reasons why Aldi’s groceries are so cheap
Here’s what Kate Middleton eats when she’s pregnant