9 foods you should probably skip before your next flight 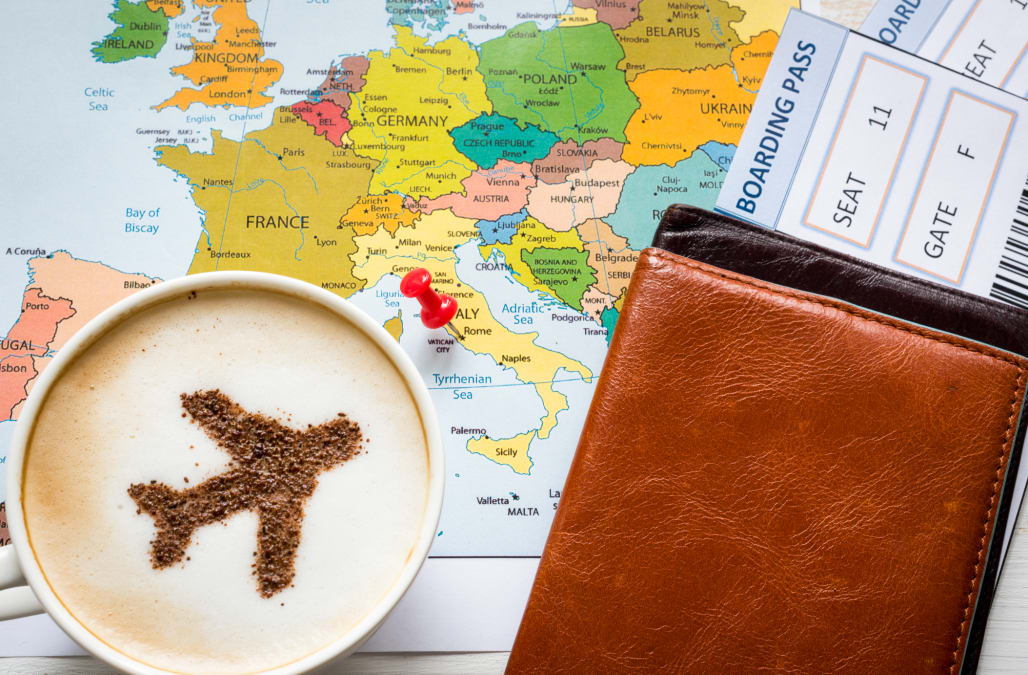 Just prepping for a flight can be stressful—what with the frantic last minute packing, rush to the airport, and long security lines. If you’re not mindful of what you eat before you board the plane, you could experience jet bloat. “It’s the uncomfortable feeling associated with flying due to the expansion of gastrointestinal gases at a high altitude,” says Katie Hake, bariatric dietitian at IU Health. This is exactly what traveling on a plane does to your body.

10 PHOTOS
9 foods to avoid before you fly
See Gallery

If you're trying to satisfy your sweet tooth by chewing sugar-free gum or sucking on hard candy, you may want to rethink unwrapping the candy and gum before flying. "When you chew gum or suck on hard candy, you swallow more often than normal. Part of what you're swallowing is air," says Hake. Although the extra air applies to both sugar-free and traditional gum, sugar-free gum and candy can be especially meddlesome for your tummy because it contains sorbitol, an additive that gives a sweet taste but doesn't digest well in the small intestine, causing stomach distress for some people, especially those with IBS.

Eating a nutritious salad chock-full of veggies like broccoli, kale, cauliflower, beans, and kohlrabi before flying may seem like the ticket. It's a lighter and calorie-friendly option after all—but you may want to pass on certain veggies before flying. "According to an article published in the New Zealand Medical Journal, flying increases flatulence, including pain, bloating, dyspepsia, and pyrosis," says Cassandra Suarez, MS, RDN. The bloating feeling is magnified from the changes in air pressure. To make matters worse, 50 percent of cabin air is recycled—meaning your stink is going to stick around and your seat isn't going to absorb all the smell. Learn the 16 other air travel mistakes to stop making before your next flight.

A few sips of joe in the morning probably won't make much difference before you're airborne, but ordering the venti size could. "Caffeinated drinks can cause headaches and insomnia, disrupting circadian rhythm and making jet lag all that much worse in certain cases," says Suarez. (At least caffeine doesn't cause dehydration—that's a myth.) However, Suarez says the study points to caffeine as being a jet lag fighter in certain circumstances. The scientists suggest that drinking a double espresso when changing timezone, traveling west can help with jet lag, but if you're traveling east, caffeine can make it worse.

When you're busy traveling, normal habits like staying hydrated go by the wayside. You're not as likely to have your trusted water bottle at hand and order a Margarita at the airport bar instead. "As tempting as it is to have a drink to relax, it can cause problems," warns Stephanie Schiff, RDN, registered dietitian, Huntington Hospital, Huntington, New York. "Alcohol can dehydrate the body. The air in a plane is already much drier than the air outside, with humidity levels at around 10 to 20 percent." Schiff, recommends sticking to your normal routine of drinking water by packing your empty water bottle. Just fill it up at a water bottle filling station or water fountain after you've gone through security, and save the margarita for your destination.

It's difficult to turn down a refreshing free soda on the plane when you're parched. But a soda won't do you any favors. "Carbonated beverages can make you gassy and uncomfortable. And since you're not moving around much, that gas bubble may just sit there. Or escape when you don't want it to," says Schiff.

Who knew some fruits can cause gas? Some fruits contain a sugar called sorbitol (yes, related to the sugar-free gum sweetener), which have laxative effects and cause excessive gas. The biggest offenders are apples, pears, peaches, and prunes. Sorbitol doesn't break down in small intestine which results in water retention. For some, this could produce gas, diarrhea, and tummy pain. "Most fruits are just fine to eat prior to a flight but peeled apples would be better than apples with the skin on," says Schiff. Find out the 13 foods that beat belly bloat.

A hot fudge sundae is a delicious way to pass the time in the terminal but if you indulge you could be moo-ing in agony later. Dairy products contain a sugar called lactose, which can be difficult for your digestive tract to process. "They'll just lay in your stomach and cause discomfort," says Schiff.

We're not knocking free snacks, but Hake says high-sodium foods like the free pretzels and nuts offered in-flight, can cause fluid retention, resulting in dehydration. Being low on fluids will slow digestion, and that's the beginning of bloat. These are the 10 ways you can continue to each healthy on vacation.

Garlic and onions smell divine when you're sautéing them but wreak havoc when you're breaking a sweat running to the terminal. "Eating foods like garlic and onions, which may contain volatile sulfurous substances, can be released through our sweat," says Saurez. "They are absorbed into our blood and our lungs after digestion, giving us bad breath and body odor." The oils used in fried foods are another culprit that can give you the undesirable Pig-Pen vibe. Hydrogenated oils aren't easily digested and cause a stinky air about you or they may try to make a gassy escape when you weren't expecting it. Not exactly a inviting welcome for your seat mate.

Intermittent fasting has more benefits than just weight loss and jet lag is one of them. New research suggests that taking a break from eating while flying—and then noshing soon after you reach your destination—may ease jet lag. Why? Our master clock runs well when body functions like temperature, blood pressure, and hormone production tick along as they should. But when you shift time zones, the clock goes a little cuckoo. While light has the most influence on our body clock, the new study showed that a second master clock in our brain responds to when we eat. A brief fast (but don't cut back on water!) puts the clock on hold, and you restart it when you eat that meal after touching down. Don't miss the 10 smart ways not to get sick on your next flight.

More from Reader's Digest:
10 dress code rules every Disney employee must follow
This little-known rule lets you cancel any flight for free
11 smart tricks to not get sick on a cruise