The 5 best (and unbelievably affordable) places to travel in May 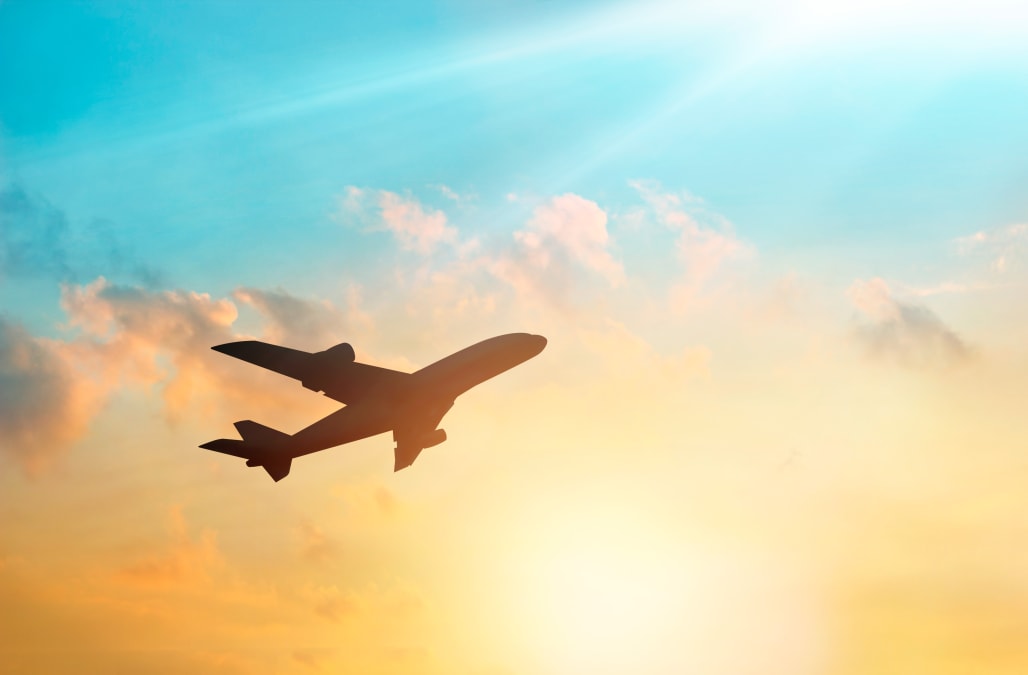 Summer is so, so close. If you’re anything like us, you’re just itching to get away. Whether filling that three-day Memorial Day Weekend is priority numero uno or you’re looking for an earlier May trip to beat the summer crowds, we’ve rounded up some of our favorite destinations to plan a spring escape.

5 PHOTOS
Places to visit in May
See Gallery

Places to visit in May

Home to the state’s Urban Bourbon Trail, baseball, bluegrass, museums and the first event of horse racing’s Triple Crown, Kentucky’s largest city—which sits on the Ohio River—has been called one of the friendliest cities in the country. Pro tip: Spend a perfect weekend day in town by filling up on Southern staples at The Porch before popping into Woodford Reserve’s distillery for a tour and tasting.

Why you should go in May: The Kentucky Derby. Need we say more? Extravagant hats, fancy dresses and ice-cold mint juleps are all staples of the Kentucky Derby at the iconic Thoroughbred track Churchill Downs. Oh, and it’s said to be the greatest two minutes in sports—now in its 144th year running.

Where to stay: Celebs like Elizabeth Taylor and past presidents alike have rubbed elbows at the luxurious Brown Hotel, a Louisville historic landmark full of traditional treasures that’s just three miles from Churchill Downs. For a more budget-friendly option, check out the original 21c Museum Hotel, an art lover’s destination in its own right that’s also downtown.

Speaking of Bourbon, beer is to Cincinnati as bourbon is to Kentucky, and the Queen City—also on the Ohio River and home to more than 40 breweries—just got its very own beer trail. The Brewery Heritage Trail opened earlier this year and has been named an official gateway to the Kentucky Bourbon Trail. We love its recently transformed cultural hub, the Over-the-Rhine district, with its ornate late-19th-century European architecture and an ambitious local food scene.

Why you should go in May: Flights, according to SkyScanner, are super cheap (as of press time). Also, the country’s longest running free culinary festival, the Taste of Cincinnati—with dishes and snacks from the region’s top chefs and restaurants—is celebrating its 40th year in 2018.

Where to stay: The Hotel Covington, a waterfront luxury hotel with river views that opened in 2016 in a building circa 1910 that once housed Coppin’s Department Store, keeping some of its iconic design features, like oversize display windows. It’s technically across the Ohio River in Covington, Kentucky (think of it as the Williamsburg, Brooklyn, of Cincinnati), but with rates in May under $150, who the heck cares!? If you do need to be downtown, though, look into the Hyatt Regency Cincinnati, where rates can be under $200.

It’s impossible to get bored in this gorgeous and impressive walled Provençal town. Once home to the Roman Catholic Church, the historic Palais des Papes—a gothic 14th-century palace where the pope once lived—is still a major draw and the reason this UNESCO World Heritage Site is known as The City of Popes. Here you’ll find lots of tiny cobblestone streets and charming squares overflowing with good eats just a short drive from the lavender fields that the South of France is made of. Well that, and the good, cheap wine pretty much everywhere you go.

Why you should go in May: The months ahead of the high season of are some of the most pleasant. You can see the sights and wander the boutique-lined streets without the insane crowds found in the summer.

Where to stay: This is one place where you’ll want to splurge, and after one look at La Divine Comédie, you’ll be OK eating ramen for a month to make it happen. Set in a private garden in the center of town, just steps from the Popes’ Palace, you’ll love the stylish interiors of this urban oasis just as much as its lush outdoors. But the pièce-de-résistance, you ask? The enchanting poolside spa and wellness area that houses a hammam and sauna.

Mexico’s sprawling capital city is completely back up and running after a devastating earthquake last September. With dozens of walkable historic neighborhoods, more than 150 museums, and one of the world’s most exciting food scenes, CMDX is ideal for a long weekend or even a week-long trip. For an amazing view of the city, hike up to Chapultepec Castle in the large city park of the same name. Fans of Mexico’s most famous feminist artist can see where she lived and worked at the Frida Kahlo Museum. We’re also big fans of the contemporary Museo Jumex in the chic Polanco neighborhood, where you could easily spend a full day just wondering around. Don’t leave without grabbing a delicious tuna tostada at the famous—and Instagrammable—Contramar.

Why you should go in May: Super cheap flights (according to Skyscanner), reasonable hotel rates, and extremely pleasant weather—sunny skies in the 70s—make CMDX a great late spring getaway.

Where to stay: Like we said, Polanco is pretty swanky—but, with rooms around $150 a night (as of press time), the Hacienda-style Hotel Busuéis an affordable option in the exclusive neighborhood. Guests wanting to splurge should check out the Hotel Condesa DF, one of the city’s first boutique hotels, in the hip and beautiful La Condesa ‘hood.

This small New Hampshire town might seem like the most quiet and slow-paced destinations on this list, because it totally is. Lebanon—on the banks of the Mascoma River in the Upper Valley—is quintessential New England and a great getaway if you just need a little R&R. The scenic region is also perfect for spring vacationers that want to spend some much-appreciated time outdoors. As the temps rise, there’s boating, biking or exploring the local parks.

Why you should go in May: It’s an easy drive from much of the Northeast and flights are a steal right now. Plus, ideal 70-degree days will lure hikers to lace up their boots and hit the trails.

Where to stay: The Residence Inn by Marriott Hanover Lebanon has comfortable, contemporary digs with rates right around $160/night, even on the weekend. Meanwhile, the Trumbull House Bed & Breakfast—a 1919 clapboard house on 16 acres in nearby Hanover—has classic New England charm. We also found some stunning, riverfront Airbnbs…if you appreciate that kind of thing.

More from PureWow:
The most affordable times to visit the world's priciest destinations might surprise you
The 5 best (and most affordable) places to travel in April
PSA: If you live in these 6 states you might be able to see the Northern Lights tonight

5
The Latest in Alzheimer's Treatment

Gifts to help you relax this season for Black Friday

Shop up to 50 percent off at Universal Standard

Save up to $500 on the mattresses for Black Friday