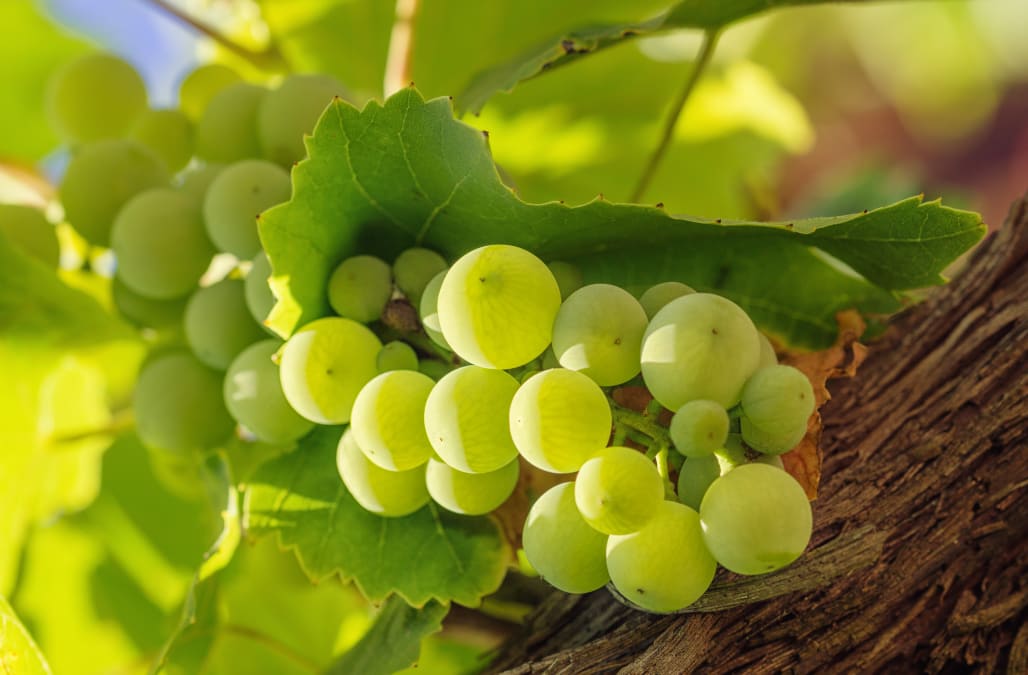 Though it's existed for the past few summers, the craze only picked up in August of 2017, and it's a creation sure to still be trending for this coming season. The all-natural fruit is made by "hybridizing" two different grape species in a test tube through the plant's baby embryos (it only took 100,000 test tube trials), growing them in the lab, and later replanting them in the field.

Related: Wild fruit and veggie hybrids you have to taste

Cotton Candy Grapes and 8 Other Unusual Fruit and Vegetable Hybrids

Merging the trendy kale with Brussels sprouts, kalettes were invented by a British company. The veggie hybrid took 15 years to create!

Broccolini is a hybrid of broccoli and gai lan, which is a Chinese kale.

Combining a plum and an apricot, the plumcot was created by the American horticulturist Luther Burbank.

To make the tangelo, farmers crossbred tangerines with grapefruits or pomellos. Tangelos are known for their sweet yet tart flavor, and their impressively long shelf life.

Already proclaimed as the new superfruit, yuzu tastes like a mix of grapefruit, lemon and mandarin. The Asian fruit is said to have three times more vitamin C than a lemon.

Limequats are a combination of the Indian key lime and the kumquat. They have the juiciness of a lime, but are shaped like the kumquat.

A pluot is another hybrid between a plum and apricot. The pluot is a sweet and juicy snack that is great for kids. It's basically a plumcot but specifically contains more plum.

Rangpurs are a cross between lemons and mandarins. They are very sour.

With the cotton candy grape, Californian plant breeders have found a way to make grapes taste more like candy, in a natural way. For $6 per pound, the cotton candy grapes could be a good substitute for junk food for kids and adults alike. They have about 12 percent more sugar than regular grapes, but still a lot less than a snack like raisins, which have over three times the amount of carbs.

The grapes are then harvested, repackaged and sent off to the grocery stores. Created and distributed by Grapery, the sweet creation joins the ranks of other grape hybrids like Gum Drops, Moon Drops and Flavor Drops.

According to reports, the grapes have a lot less sugar than other snacks like raisins and typically sell for $6 a pound.

The best part is that they're created without chemicals or artificial flavors, but instead with innovation and a lot of patience. Unfortunately, the season only lasts 6 weeks (from August 10-September 20), so make sure to grab a package (or two) once you see them hitting the shelves.

How to store every single type of fruit

How to Store: As soon as you bring them home, stash ‘em in the fridge. They should be good for up to three weeks.

If You’ve Eaten Some: Cover the remaining half (or slices) in tightly pressed plastic wrap and stick the apple back in the fridge. This will help prevent browning, which is caused by oxidation.

How to Store: You should refrigerate them for a shelf life of about five days.

If You’ve Eaten Some: Same deal as apples, cover the slices with plastic wrap.

How to Store: Pop them in the fridge as soon as they’re ripe. That way, they’ll keep for about three days. (If they’re not ripe, store them on the counter.)

If You’ve Eaten Some: Brush lemon juice on the uneaten half to prevent it from browning, the press plastic wrap against the surface before putting it in the fridge.

How to Store: These can sit on your countertop and should stay fresh for about five days.

If You’ve Eaten Some: Ideally, the uneaten half is still in the peel. If it is, just wrap the exposed end with plastic wrap and pop it in the fridge.

How to Store: Stick them in a bowl (or ventilated bag, like the one they come in) in the fridge and they should stay fresh for up to a week.

How to Store: To maximize their shelf life, you should remove the bad ones from the carton first, then lay them out on a paper towel-lined plate in your fridge. This way, they should keep for three to four days.

How to Store: Ditto the raspberries.

How to Store: You can store these guys in the fridge, just let them come up to room temperature before you eat them. (They should stay fresh for about a week.)

If You’ve Eaten Some: It’s best to store them in the fridge with the cut side down on a paper towel inside Tupperware.

How to Store: Keep it in the fridge and it should last for a week or more.

If You’ve Eaten Some: Keep any sliced up leftovers in a plastic dish covered with plastic wrap.

How to Store: Fridge storage is best to keep them fresh for about four days.

If You’ve Eaten Some: It’s fine to keep chopped up mangoes in a plastic bag in the fridge.

How to Store: Get rid of any overripe berries, then keep them in their original plastic container inside the fridge. (They should last a full week.)

How to Store: Stick them in a bowl and keep them inside the fridge for a three-day shelf life.

How to Store: Just set them in a bowl on your countertop and they should stay fresh for a week or more.

If You’ve Eaten Some: Keep any uneaten slices in a plastic baggie.

How to Store: Just like oranges, this can also rest on your countertop for about a week for maximum freshness.

If You’ve Eaten Some: Store leftovers (plus, whatever juice you can save) in a plastic container.

How to Store: Tuck them in the fridge and they should last three to four days.

If You’ve Eaten Some: Just wrap it tightly in plastic wrap or aluminum foil.

How to Store: If they’re ripe, pop them in the fridge and they should keep for five days.

If You’ve Eaten Some: Ideally, you can slice it up and keep any leftovers in an airtight container in the fridge.

How to Store: If it’s whole, keep it on the countertop and it will keep for five days. But if it’s sliced, you should keep it in the fridge.

If You’ve Eaten Some: Cover it in plastic wrap.

How to Store: Just like blueberries, you should get rid of any gross-looking berries first, then store them in perforated container (like the one they came in).