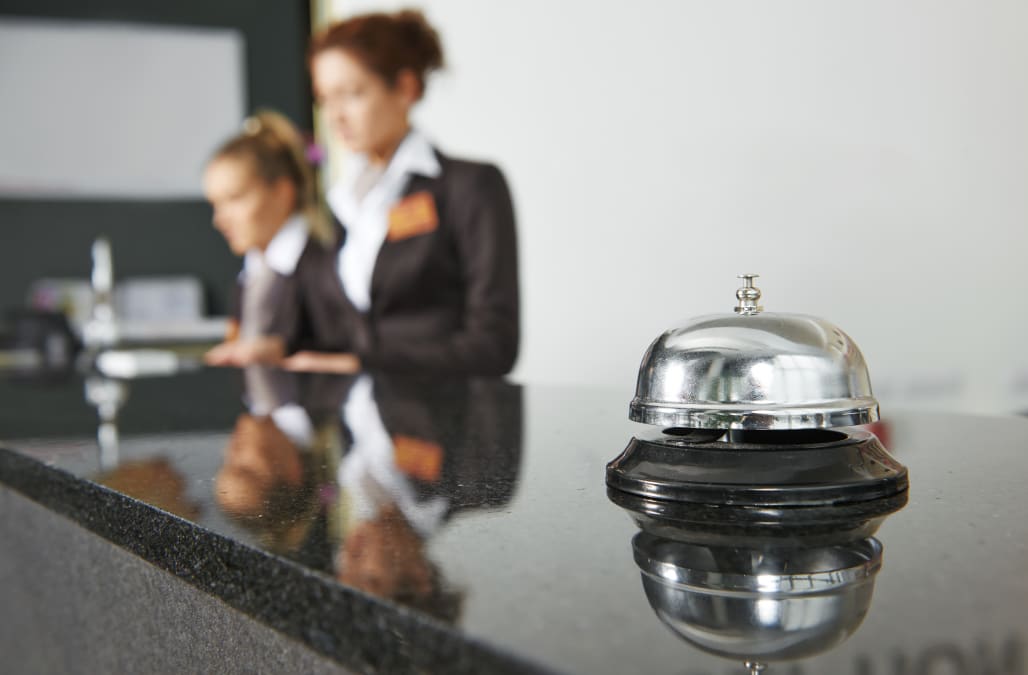 An emergency gets in the way of your trip, but the hotel policy says you need to pay if you cancel less than 24 hours before your reservation. What’s a distressed almost-guest to do?

Learn all of the tips and tricks that you should follow if you find yourself canceling a hotel room on short notice in the gallery below:

1. Book directly through the hotel

Avoid using a third-party deal finder like Expedia if you’re already afraid you might need a last-minute cancellation when booking your room, says 12-year hotel concierge Sarah Dandashy, founder of Ask A Concierge. “They usually have taken your money for the first night or the whole stay,” she says. “It will be much harder to get your money back if that is the case.” Bonus: If you remember the employee’s name when you call to cancel, that established relationship will put you in better favor when you ask to waive the fee, she says. Check out these other 21 secrets hotels don't want you to know.

2. Ask for a manager

It starts with getting the right person on the phone, says hotelier Mokshta Chauhan, founder of Miss With Migratory Wings. The front desk agent or bellboy might not have the authority to waive your cancellation fee, but a manager has the final say, she says. Don't miss these other 12 tricks for always getting what you want.

3. Give a good reason

Once you have a manager on the phone, just be honest, says Dandashy. “They are human after all,” she says. A hotel employee will probably be able to sniff out a lie, so don’t claim you have a funeral if you actually just want to cancel this booking because you found a cheaper room. (Though in the future, this hotel booking secret guarantees you get the cheapest rate.)

Instead of acting surprised when the hotel employee says there's a cancellation fee on the room you can't use, explain that you understand the policy, says Dandashy. Politely request the hotel make a “one-time exception” to show you don't expect them to constantly bend the rules, she suggests. Learn what you can (and can't) steal from hotels to stay on the "good" list.

Like other companies, hotels value their repeat clients because they give them consistent business without spending on marketing, says Chauhan. Mentioning that you’re a frequent guest but will now look for a new go-to hotel will “leave them with no option, as they certainly can’t afford to lose that repeat business,” she says. Find out how to use your loyalty and nine other tricks for scoring a hotel room upgrade.

Don’t be modest about your VIP status if you have a premier credit card with the hotel. The manager won’t want to make you upset. “Hotels and their loyalty card members both make a big deal out of those Diamond and Platinum elite statuses,” says Chauhan. “Canceling a room without paying retention is another way to make such elite members feel valued.” Check out these 14 crazy things real VIP hotel guests have requested.

7. Use social media to your advantage

Hotel employees know potential guests scour TripAdvisor, Google Maps, Facebook, and other sites’ reviews when deciding where to book, so they want to keep those ratings up. You could threaten to post a bad review if the hotel isn’t being accommodating, but you can also use a good review as leverage for a waived cancellation fee, says Chauhan. Especially if you do end up rescheduling and have a nice time, that good review is a great thank-you for staff who went out of their way for you. (Find out how to avoid this hotel booking scam that could steal your money.)

Former hotel concierge Jacob Tomsky suggests in a Traveller blog post asking to move your reservation back a week because your meeting schedule changed. The next day, call to cancel that re-booked room, which will still be way before its 24- or 48-hour cancellation cutoff. That method and other lies are a bit underhanded though. “Do these work? Sure,” says Dandashy. “But I don’t recommend them unless a property is being particularly strict.”

More from Reader's Digest:
The 3 Words Disney Employees Aren’t Allowed to Say
9 Things You Have to Book in Advance of a Disney World Vacation
25 of the Toughest Riddles Ever. Can You Solve Them?

The healthiest cheese to buy at the supermarket

Ger 25 percent off Nike and Under Armour at Kohl's