9 foods you thought were healthy that actually aren't 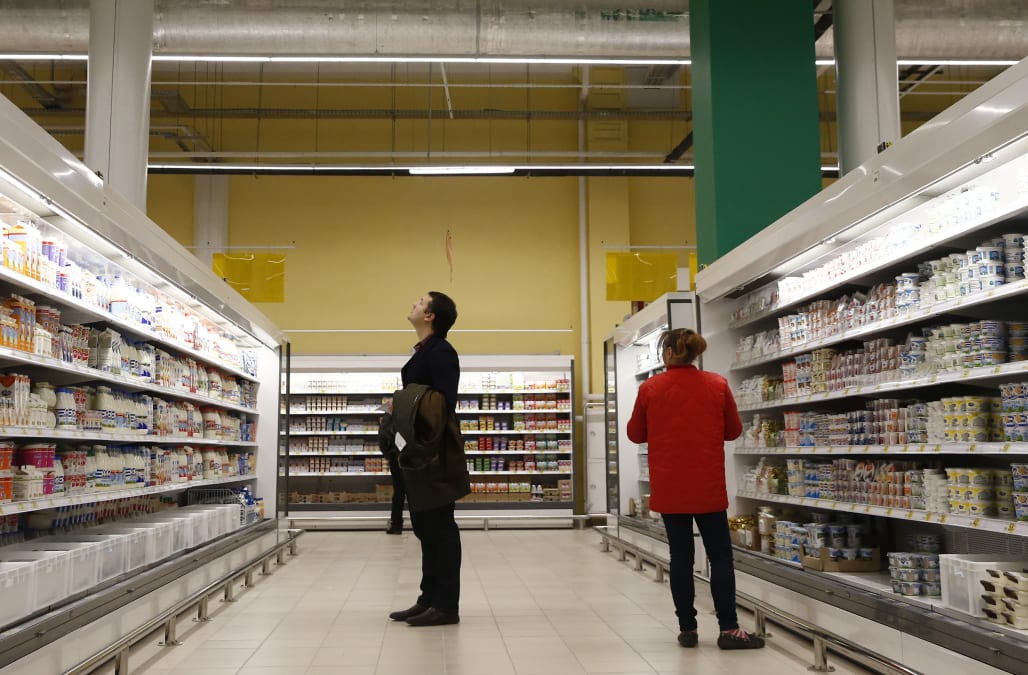 Eating healthy is difficult when it seems that the science dictating what's good for us changes every few weeks.

In reality, most of what we need to know about nutrition can be summed up in one line: "Eat food. Not too much. Mostly plants," New York Times writer Michael Pollan once wrote.

Nevertheless, snack foods masquerading as healthy continue to fill grocery store aisles. Here are some of the ones you should avoid.

9 foods you thought were healthy that actually aren't

Juice packs a lot of sugar.

Juicing fruit removes most of the fiber, the key ingredient in fruit that fills you up. This is one of the reasons calories from sweetened beverages are often referred to as "empty calories" — they can increase hunger pangs and mood swings and leave you with low energy.

For perspective, a 12-ounce glass of orange juice has almost the same calorie content as a can of soda, and close to the same amount of sugar and carbohydrates as a bag of M&Ms.

"Fruit juice offers no nutritional benefits over whole fruit for infants and children and has no essential role in healthy, balanced diets of children," the American Academy of Pediatrics stated in a report released in May.

Egg whites are a great source of protein, but plain old eggs are just as healthy.

US Dietary Guidelines have long urged Americans to avoid eggs and limit their intake of cholesterol from food. But most of the studies that initially were used to back that logic up were conducted in rabbits, not humans.

As it turns out, new research suggests that the cholesterol in eggs doesn't significantly raise blood cholesterol in people — meaning that eating plain old eggs is fine for your health.

Cereal is high in sugar and won't keep you full until your next meal.

Most popular cereals are high in sugar and refined carbohydrates but low in protein and fiber. This can result in quick but short-lived energy bursts that fade into mood swings and hunger pangs.

"A bowl of cereal, or a bagel, or a piece of toast, or a muffin are all no different than a dessert," Harvard physician Monique Tello wrote in a recent Harvard Health blog post. "Eating like this may be okay once in a while, but if you do so often, I guarantee these foods will make you sick, one way or another."

Unless you're one of the 1% of Americans who suffer from celiac disease, eating gluten is perfectly alright. Far from a dangerous toxin, gluten is a type of protein found in wheat and other similar grains like barley and rye. It's what makes bagels chewy and lets fresh-baked bread rise.

Low-fat butter and yogurt won't keep you thin — in fact, they may contribute to weight gain.

A large, long-term study of people placed on different diets found that no one on the study's low-fat plan lost a significant amount of weight, if any. Those participants also didn't see any decrease in their risk of breast cancer, colorectal cancer, or heart disease.

In other words, eating fat won't make you fat — and eating low-fat won't make you thin. Also, many low-fat products have been modified to include more sugar, and an excess of this ingredient has been tied to weight gain.

Bottled smoothies are very high in sugar and calories.

Bottled smoothies face a similar problem to juice: They often pack a lot of sugar and calories but typically don't contain much in the way of fiber or protein.

If you're wondering why you get hungry so soon after drinking a smoothie, there's your answer.

'Veggie' chips are basically the same as regular chips.

Next time you're looking for a convenient, crunchy snack, try carrots or celery with hummus. You'll get more fiber and protein.

Peanut-butter-and-jelly sandwiches aren't as healthy as a hummus or turkey sandwich.

Many popular, highly processed peanut butters are high in sugar and calories from added ingredients. They're also not as high in protein as the alternatives that only include peanut butter and salt.

Topping that spread with jelly makes for a high-calorie, high-sugar meal that won't fill you (or your kids) up. A healthier alternative might include hummus and veggies or lean meats and cheese.

Granola has lots of sugar.

Granola is often thought of as the ultimate health food. But in reality, it's packed with sugar and calories; sometimes a single serving can have as much sugar as the equivalent of four cereal bars.

Serving it with flavored yogurt and honey or syrup only increases the sugar content, setting you up for a crash a couple of hours later.

SEE ALSO: 16 facts that show why bottled water is one of the biggest scams of the century

DON'T MISS: Juice is the biggest con of your life, whether it's squeezed by hand or a $400 machine

More from Aol.com:
This secret ingredient is what makes McDonald’s apple pies so amazing
The bone-chilling reason should never rinse your Thanksgiving turkey
High blood pressure now starts at 130/80

This Lodge cast iron grill pan is on sale for $20