If you want to avoid delays, this is the best time of the day to fly 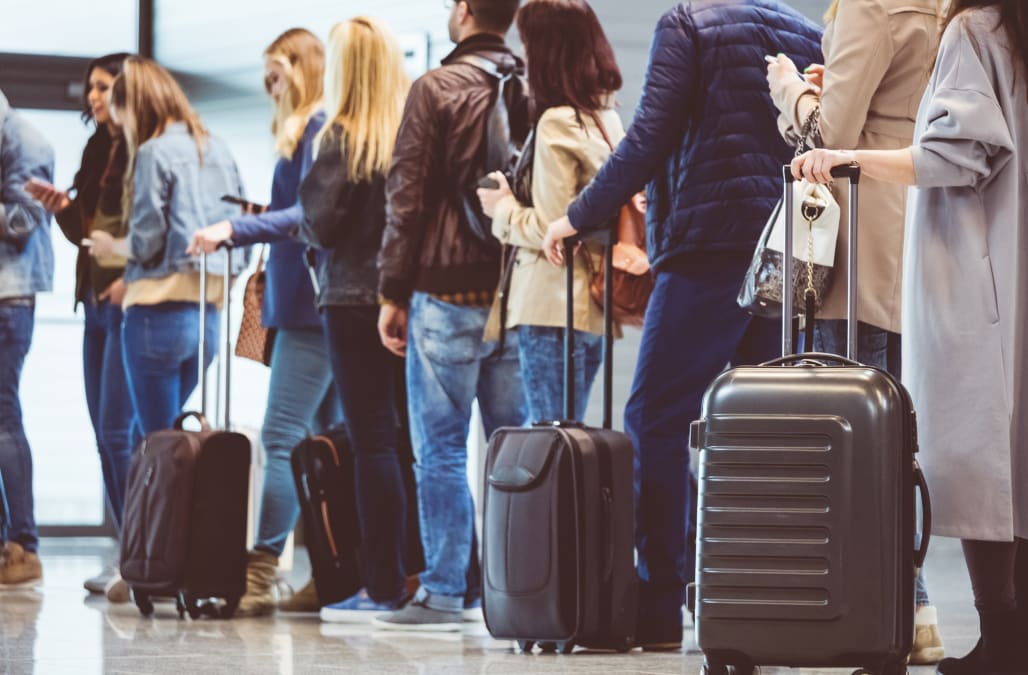 When it comes to travel inconveniences, flight delays rank right up there with a dead phone battery and food poisoning. Not only do they cut into your valuable vacation time, but you risk missing a connecting flight—adding a major headache to an already stressful situation. (Here’s what to do if you miss your flight.) Not exactly the way you want to begin (or end!) a big trip. So next time, preserve your sanity and book the earliest flight of the day.

Yes, it’s bad news for the night owls. Evidence suggests that the earlier in the day you fly, the less likely you’ll be stuck with lengthy flight delays. (If you do end up with time to kill because of a delay, here’s how to make the most of it.)

According to data gathered by the Bureau of Transportation Statistics, the best time to fly is between 6 and 7 a.m. Flights with scheduled departures in that timeframe arrived just 8.6 minutes late, on average. Meanwhile, flights that take off before 6—or between 7 and 8 in the morning—are fairly punctual, too.

Delay times only get worse as the day goes on, though. For every hour later you depart, you can expect an extra minute of delays, FiveThirtyEight reports. What’s more, delay times hit a peak between 6 and 7 p.m. (reaching up to 20.7 minutes on average!), and they remain at above 20 minutes through 9 p.m.

Of course, it makes sense why this would be the case. A minor hiccup might only push things back by a minute or two. But much like the doctor’s office, every small glitch can accumulate throughout the day, until the original schedule is massively delayed. Still, it gives a whole new meaning to the phrase “the early bird gets the worm,” doesn’t it?

If “early mornings” just aren’t in your vocabulary, there is some evidence to suggest that flights that depart around 10 p.m. or later are not as likely to be delayed. But late night flights are few and far between, making up just 2 percent of all scheduled domestic departures, according to FiveThirtyEight.

Our recommendation? You’re probably better off toughing it out on an earlier flight. Just make sure to grab some caffeine beforehand. We’d hate for you to make these airport mistakes before your next flight.

More from Reader's Digest:
This Common Bad Habit Could Be Ruining Your Child’s Sleep
The One Place You Should Sit on a Plane to Get the Best Service
This Airline Is Going to Start Weighing Its Passengers

Amazon's best-selling back brace is now on sale