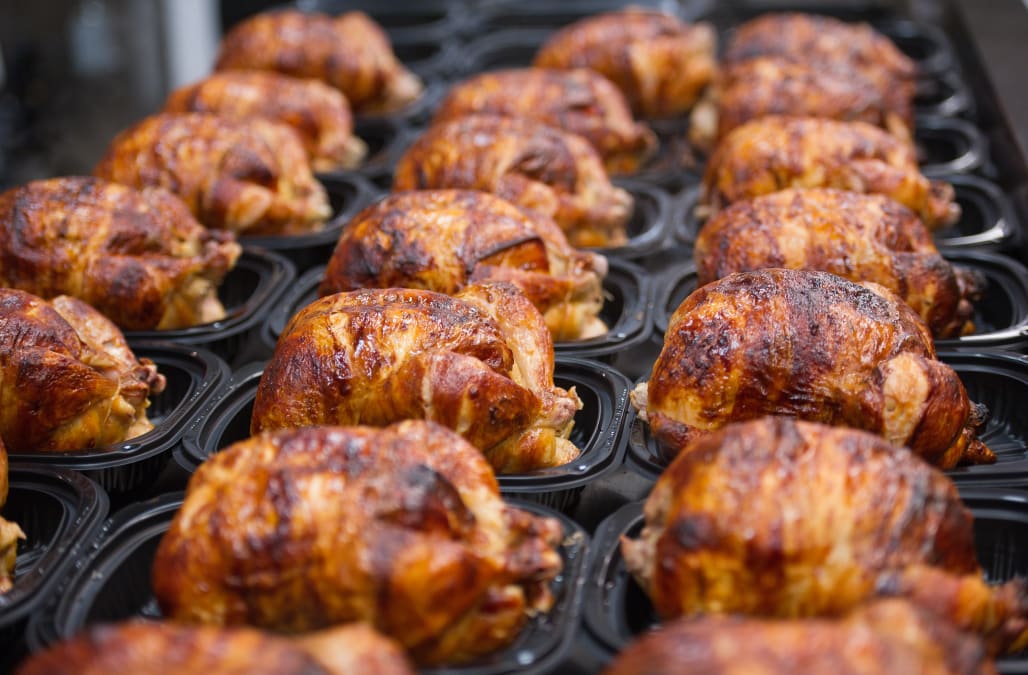 No trip to Costco is complete without eating your way through all the delicious samples and walking out with the retail chain's signature rotisserie chicken in hand.

With rotisserie chicken so succulent and savory, it's no surprise that it's a favorite for most people.

But why is it seemingly so addictive?

Well, Dr. Oz wanted to find out and teamed up with food journalist Mark Schatzker to do so. Schatzker revealed on the show that rotisserie chicken is often processed, meaning the bird is "pre-seasoned in factories" and then shipped to supermarkets where "an employee can put it on the skewer and cook it."

RELATED: The best and worst Thanksgiving dishes for you:

The best and worst Thanksgiving foods for your health

Nutrition (per 1 cup serving): 41 calories and 5 g of protein

BEST: Corn with a pat of butter

The tender meat often contains several ingredients including sugar and salt -- even going so far to compare it a potato chip. In addition, the skin is flavored with MSG, sugar and other natural flavors. This combination helps explain why we can't have enough of the chicken.

However, despite exposing some truths about this dinner table favorite, Dr. Oz Says, that it may be “ one of the healthiest processed foods out there ... and taking off the skin to keep it healthier.”

So go ahead, grab another bite -- or two!

RELATED: The best and worst meats for you:

More from Aol.com:
Former Real Housewife Kelly Bensimon swears this diet tweak changed her eye color from brown to hazel
This type of fruit juice has been found to help you get an extra 84 minutes of sleep a night
Why you should never have surgery in the evening (if you can avoid it)

This highly-rated Shark vacuum is over $100 off

Disney is having a rare 40 percent off sale