8 food 'scraps' you didn't know you could eat 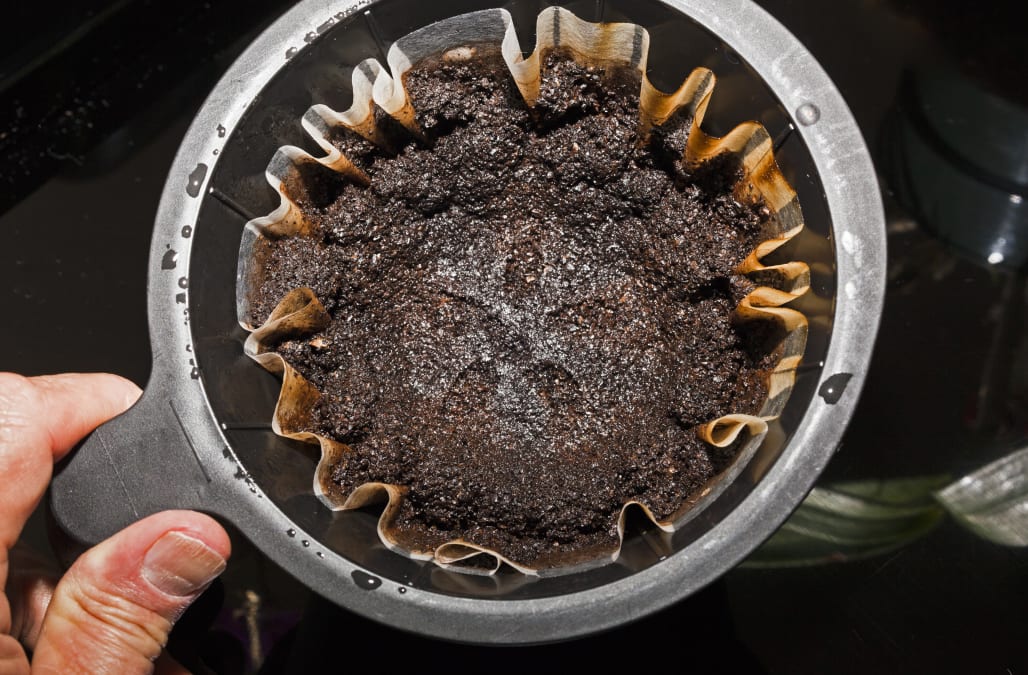 No scrap left behind

If coffee grounds could talk, a pile of used ones from Portland, Oregon, would be thanking Joel Gamoran for giving them a chance. The national chef for Sur La Table rescued the grounds moments before a barista tossed them out. Later that day, he mixed them with brown sugar, chili, cumin and coriander and rubbed the mix on a pork shoulder. "It was musky and bitter and chocolatey rich – it has a lot of personality," says Gamoran, who lives in New York City and hosts the TV show "Scraps" on the FYI network. Coffee grounds are far from the only ingredients too often dismissed as garbage. Here are seven others experts recommend embracing:

When a recipe calls for scallions – those thin green onions often used to add flavor to soups or color to casseroles – it typically dictates "trimmed," or without that bushy white root. But tossing that hairball is a misstep, Gamoran learned while filming his show in Asheville, North Carolina. "If you wash them and you cut them up and sauté them, they get insanely crispy and gorgeous and they taste sweeter than scallions," he says. "I was blown away by that." Stems of kale deserve more love too, adds Libby Mills, a spokesperson for the Academy of Nutrition and Dietetics. Add them to smoothies or bake them into chips for extra fiber and vitamin A.

Stop spitting your watermelon seeds out at picnics and start saving them instead, recommends Mills, who's also a nutrition and cooking coach in Philadelphia. "They've got protein and fiber, and [since] were talking about something that sustains a plant, it has extra nutrients," she says. Think of them like pumpkin seeds: great for toasting, salting and adding to salads or snack bags. Squash seeds, too, can be reimagined in ways beyond toasting: "Collect the fibrous seeds and boil it out in its own liquid, strain it and the liquid makes this extra squashy flavor you can use when you make butternut squash soup or stew," Mills says.

Seeds aren't the only part of the watermelon you should rethink: Those rinds can be pickled after they're washed and sliced into strips for salad toppings and snacks that contain plenty of water and fiber, Mills says. Plus, pickling's fermentation process creates good bacteria that can support digestive health and the immune system, she adds. Brad Farmerie, executive chef of AvroKO Hospitality Group, which operates five New York City restaurants and bars, also promotes melon skin pickling: "It lasts forever and when pickled, it goes well with any salad," he says. Prefer sweet to savory? "When candied," he says, "it can be put on top of ice cream."

If you prefer your corn on the cob, you know it takes a determined and patient set of chops – as well as a ready roll of floss – to pluck out each kernel. But now you can feel better about not clearing your cob: Simply toss what's left in a pot of cold water with a bay leaf and onion, garlic, carrot and celery "scraps," Farmerie says. Then bring it to a boil and simmer for 30 minutes. "When cool," he says, "strain and freeze it in ice cube trays to use any time you make corn soup."

Chances are, you've never thought of strawberry tops as any more than a handle to grip while you sink your teeth into the fruit's juicy flesh. But they're so much more – when prepared correctly, they taste sweet like a strawberry and are even more nutritious, Gamoran says. Indeed, reports a San Diego food supplier, the greens are packed with antioxidants, vitamins C and K and a type of acid shown to boost the immune system and reduce the risk of cancer. Try infusing vodka or lemonade with the leaves for a summery cocktail base, blending them into smoothies or steeping them in hot water for a health-promoting tea.

When you go through as many citrus fruits as Farmeries' restaurants, you find ways to use the peels. For example: He blends them in a food processor with grated ginger, chili flakes, a cinnamon stick and cardamom. Then, with the help of orange juice, sugar, a pot and a stove, he churns out a spicy-sweet marmalade. Mills likes to dry citrus zest and mix it with salt and rosemary to create her own seasoning for fish. "It allows me to get away with less salt because there's so much flavor," she says. There's also so much nutrition: The "pithy white" part of citrus rinds, she says, is full of fiber and flavonoids with anti-cancer properties.

Apparently, "peeling" and "eating" aren't the only actions you can take with shelled shrimp. You can also bake, blend, strain and refrigerate those shells to create "an amazing bright orange and flavorful crustacean oil," Farmerie says. Just toss the leftover shells with ginger, garlic, red chili, lemon rind and olive oil, and bake them until they're charred and brittle. Then, blend the shell mixture with a food processor until smooth, strain it through a coffee filter, refrigerate it and drizzle it over cooked fish, pasta or rice. "I love the no-waste mentality," Farmerie says, "as this is something that restaurants do quite naturally to keep costs down and keep creativity up."

More from US News:
Why the Risk for Amputations Jumps If You're Poor and Have Diabetes
How Big a Risk Factor Is Alcohol for Breast Cancer?
When Adults Still See a Pediatrician

Woman who fed bear in video could face jail time

How to get 50 percent off Kindle Unlimited