The best cruises for foodies 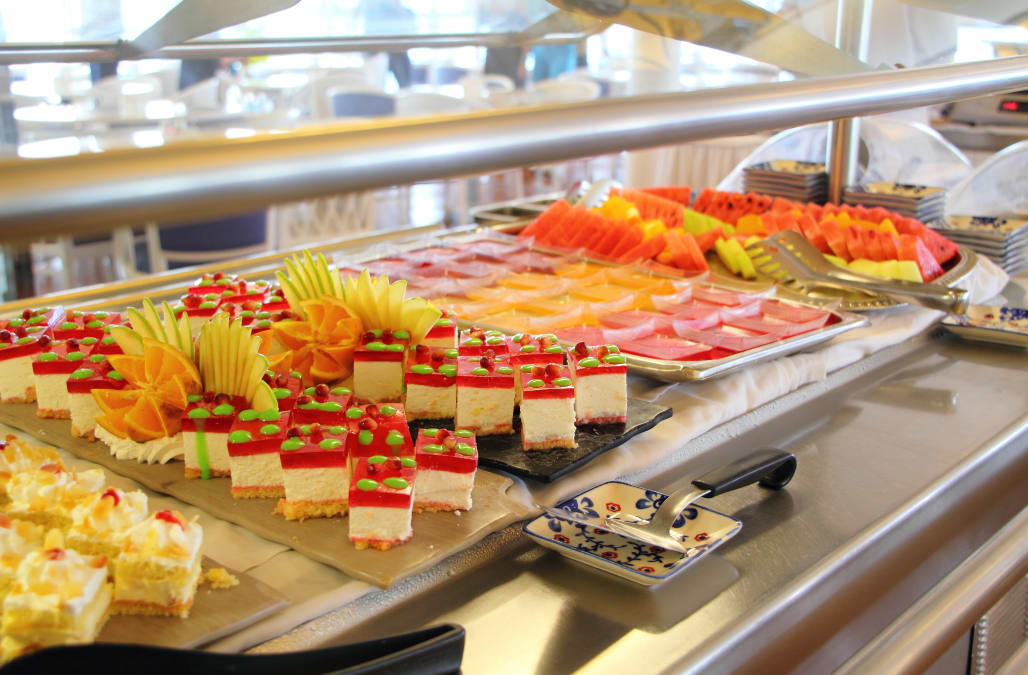 All aboard, the best food experience you'll ever have. Sound like an exaggeration?

Read on for five cruises crafted to delight your palate:

Best cruise for foodies
ANTHEM OF THE SEAS WITH ROYAL CARIBBEAN

MARINA AND RIVERA WITH OCEANIA CRUISES

Drift between major metropolises like London and Stockholm, Copenhagen and Amsterdam and Athens and Rome with Oceania Cruises, resting assured that master chef Jacques Pepin is at the helm of all of your meals. What’s on the menu? Bay scallops with jamón ibérico, 72-hour slow-braised ribs with gnocchi and smoked ricotta-pumpkin ravioli.

Take your pick between Seabourn's dozens of exotic journeys like Dubai to Singapore, Greece to Spain or Indonesia to Australia. Then, while you’re floating down the Nile or the Panama Canal, enjoy chef Thomas Keller’s Michelin-starred Dungeness crab cakes with truffle-spiked consommé, herb-crusted rack of lamb, buttery rib eye and Champagne trifle. Did we mention there’s complimentary wine with lunch and dinner?

There’s a culinary school on board this Regent Seven Seas Cruises boat so you can hone your knife skills and learn to flambé desserts, all in between wine tastings, cheesmaking classes and VIP reservations at Michelin-starred restaurants (when you dock). Choose from 22 different “Gourmet Explorer Tours” that cruise between countries like Spain, France and Greece. Business class airfare to each is included.