Some of your favorite pumpkin spice treats are already available 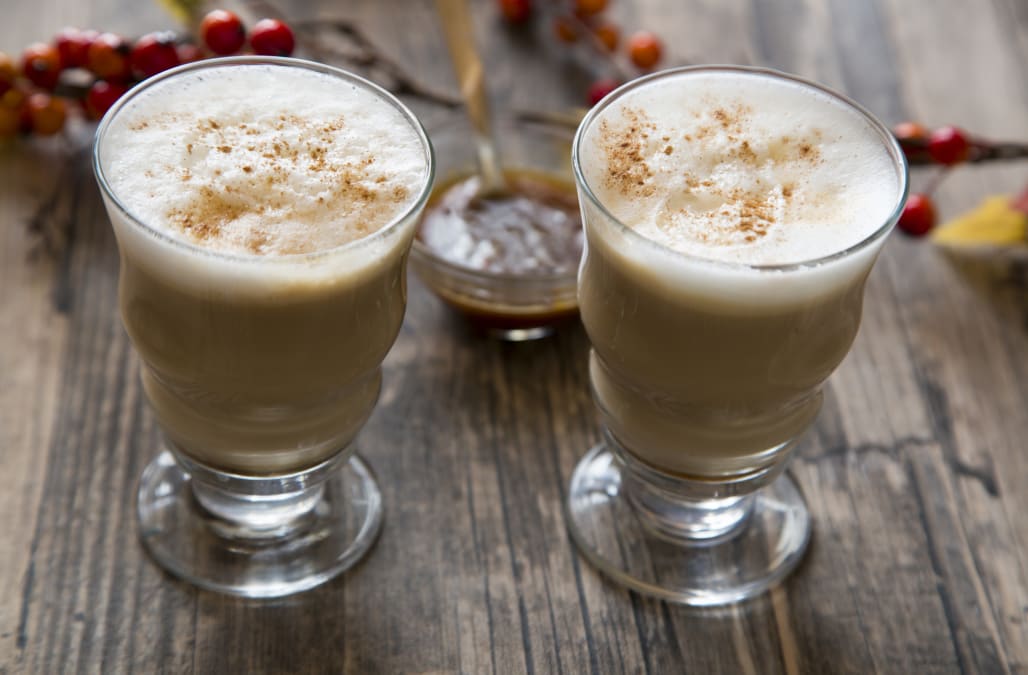 We all know that anything pumpkin spice from lattes to cookies is a huge fall favorite.

Not one to disappoint, the popular flavor is making an early appearance on grocery store shelves.

RELATED: Your pumpkin spiced product, based on your Zodiac sign

12 PHOTOS
Your pumpkin spiced product, based on your Zodiac sign
See Gallery

Your pumpkin spiced product, based on your Zodiac sign
Capricorn (December 22nd-January 21st): Pumpkin Spice Cheerios
Capricorns are often conventional and disciplined people, so this classic cereal is ideal for you. Plus, eating Cheerios is one step closer to adulting, right?
Aquarius (January 22nd-February 18th): Pumpkin Spice Pudding
This may be one of the most unusual (and questionable) pumpkin spice items anyone has ever come across. Only the curious and imaginative Aquarius could understand that maybe this pudding is just misunderstood.
Pisces (February 19th - March 20th): Pumpkin Spice Peeps
Giving, compassionate, and kindhearted—the only thing that might be sweet as a Pisces are these marshmallow birds. Not a huge Peeps fan? These recipes might just change your mind.
Aries (March 21st - April 19th): Pumpkin Spice Vodka
Aries are known to be daring, and you'd have to be bold to drink this liquor. If you're really looking to impress people, try this pumpkin-flavored vodka soda recipe.
Taurus (April 20th - May 20th): Pumpkin Spice Bagels
If a Taurus was a food, they'd most likely be a freshly toasted bagel. This warm, fall-flavored bread is simple and down to earth, just like you. Also, since consistency is important to you, there are ways to eat bagels for every meal of the day.
Gemini (May 21st - June 20th): Pumpkin Pie Pop Tarts
These versatile pastries are as adaptable as you are. There are many different ways to enjoy a Pop Tart—plain, toasted, as a cheesecake truffle, and more. Not to mention they come packaged in pairs, and your dual personalities have to appreciate that.
Cancer (June 21st - July 22nd): Pumpkin Ice Cream
Cancers are sensitive, emotional people and ice cream is perfect for embracing the feels. If you're lactose intolerant or vegan, don't fret—you can still indulge with vegan ice cream.
Leo (July 23rd - August 22nd): Pumpkin Spice Popcorn

Popcorn is a universally popular party snack, and as a Leo you're all about having a good time with your friends. Also, this food is super sharable and you love being generous.

#SpoonTip: Step your popcorn game up with these fun recipes.

Virgo (August 23rd - September 22nd): Pumpkin Spice Latte
You like to keep things simple and practical because, frankly, you're too busy for anything else. Lattes are great when you're always on the go. Speaking of practicality, if you start making this drink at home, you could save yourself a couple hundred bucks.
Libra (September 23rd- October 23rd): Pumpkin Spice Oreos

A Libra is all about balance and partnership, and if you find a balance more ideal than that of the Oreo, let me know. It's everything food harmony should be.

Scorpio (October 24th-November 21st): Pumpkin Spice Chocolate Truffles
Scorpios tend to come off pretty tough. But once you get past that, you'll see them for the softies they really can be. These chocolates are no different. Popular for their creamy fillings, but covered by a hard exterior.
Sagittarius (November 22nd-December 21st): Pumpkin Spice Milano Cookies
The adventurous and travel-hungry Sagittarius can appreciate the wanderlust in these Italian cookies better than anyone. If you really want to embrace the flavor of Italy, try this recipe for Milano tiramisu.
Up Next

The calendar may read August but Delish reports there are already several pumpkin spice flavors that you can pick up to satisfy an early craving, such as Milano Cookies, Werther's original caramels, Life's limited edition by Quaker Oats and Cheerios.

There are a few more ways to add a little pumpkin spice in your daily routine.

This must mean pumpkin pickin' season is right around the corner.

More from AOL.com:
The real name for a single strand of spaghetti is baffling the internet
Insider reveals that Queen Elizabeth drinks four cocktails a day
Actor who played 'Hot Pie' in 'Game of Thrones' opens themed bakery

AOC fires back at critics of her photoshoot

Is Thanksgiving dinner during the pandemic safe?

Shoppers say these headphones are better than Bose