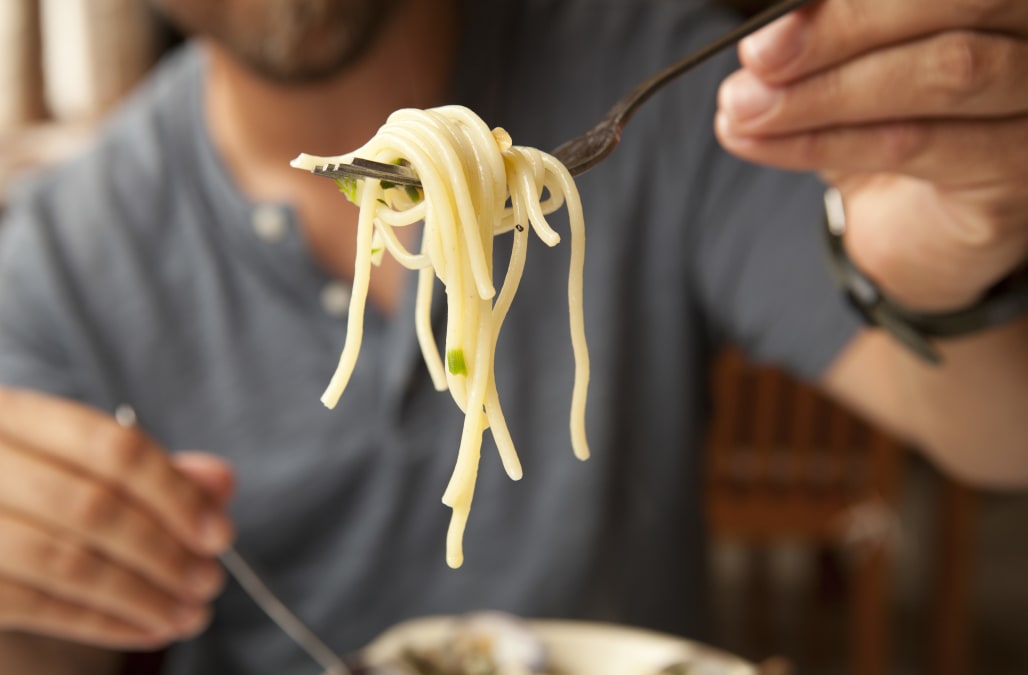 Now, here's a trivia question to put your culinary skills to the test.

Do you know the technical name for a single strand of spaghetti? We've never really thought about it, to be honest. And if we ever wanted a mere piece (who really wants just one piece of pasta?), we'd simply just ask for a teensy bite.

But the actual term for a single spaghetti noodle -- which is, by the way, "spaghetto" -- has quickly ignited the internet. The saga began when Twitter user Caroline Ramsey tweeted the definition, along with her own dismay.

Not even our own spell check recognizes the word, quickly underlining "spaghetto" in bold red squiggles.

this woke me up

Others, however, were not concerned by Caroline's revelation at all.

Are you sitting down? Panini is plural. Panino is the singular. Calzone? The "e" is not silent. Gnocchi? Pronounced nyock-ee.

it dipends on the word, but yes "raviolo" is right, "maccherone" would be the right singular and "fettuccina" because fettuccine is feminine

The more you know.

Related: You're saying these names all wrong

The spiral shape really holds onto the Parmesan cheese.

This ear-shaped pasta is perfect with pesto.

It walks and talks like spaghetti but is hollow—and slightly thicker.

This ridged pasta really works overtime to absorb the sauce.

It’s all about the creamy sauce.

Bow-tie pasta is the cutest.

Think of it as little pasta pillows. Yum.

RELATED: The One Pasta Recipe You Need to Know